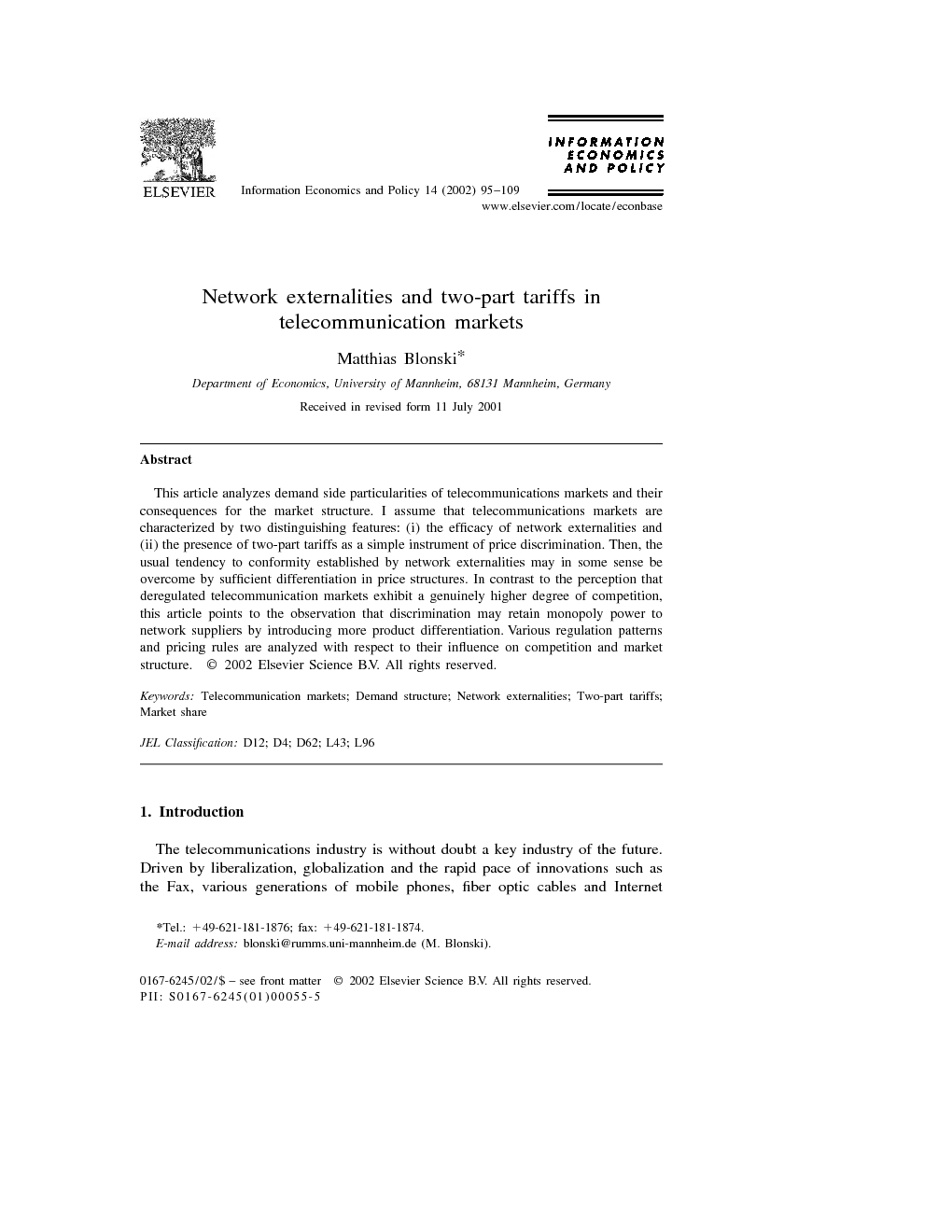 This article analyzes demand side particularities of telecommunications markets and their consequences for the market structure. I assume that telecommunications markets are characterized by two distinguishing features: (i) the efficacy of network externalities and (ii) the presence of two-part tariffs as a simple instrument of price discrimination. Then, the usual tendency to conformity established by network externalities may in some sense be overcome by sufficient differentiation in price structures. In contrast to the perception that deregulated telecommunication markets exhibit a genuinely higher degree of competition, this article points to the observation that discrimination may retain monopoly power to network suppliers by introducing more product differentiation. Various regulation patterns and pricing rules are analyzed with respect to their influence on competition and market structure.

Numerical analysis or specific models, unlike general results, are not able to generate positive insights. However, examples such as the present models canserve the purpose of raising attention to a problem. In this context the problem deals with the particularities of the demand side in telecommunication markets. In summary, the insight beyond the specific formulation of the demand structure of telecommunication markets is the following. Whenever network externalities and non-linear pricing are important features for a market, classic insights on market structure and its comparative statics have to be modified significantly. Network externalities represent a force towards uniformity and therefore towards monopoly. In contrast, the possibility of discrimination between heterogeneous customers (two-part tariffs are only one example) points to extensive product differentiation. However, some observations in this article confirm known results such as, for example, the necessity of regulating access charges or the instability of equilib- rium price behavior. These results appear to be more robust against various specifications of consumer behavior and therefore deserve the attention of practitioners and researchers