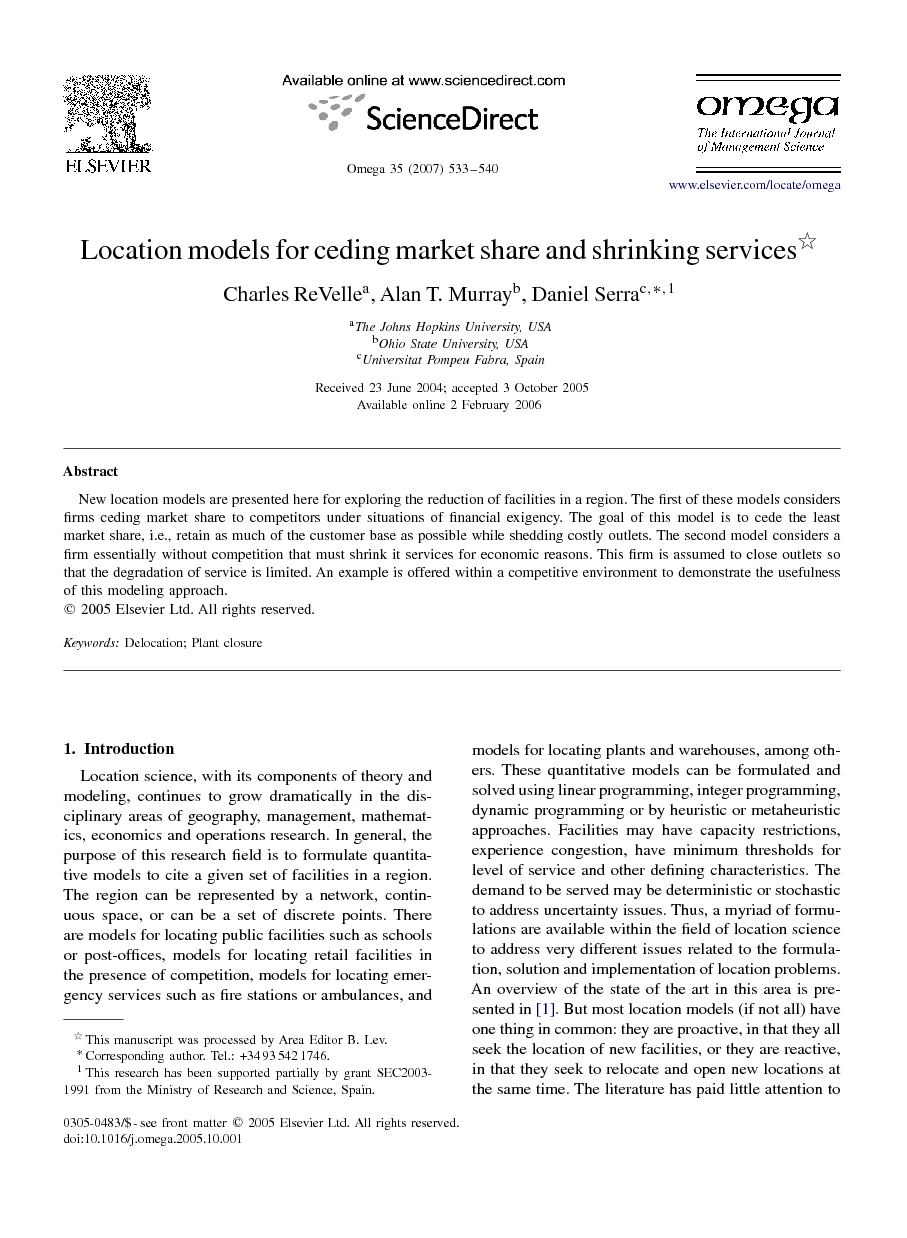 New location models are presented here for exploring the reduction of facilities in a region. The first of these models considers firms ceding market share to competitors under situations of financial exigency. The goal of this model is to cede the least market share, i.e., retain as much of the customer base as possible while shedding costly outlets. The second model considers a firm essentially without competition that must shrink it services for economic reasons. This firm is assumed to close outlets so that the degradation of service is limited. An example is offered within a competitive environment to demonstrate the usefulness of this modeling approach.

Models of facility closing are not well developed in the literature. We have proposed in this paper two newmodels that address facility closing. One of these in- vestigates facility closing in a competitive environment, and the other examines closing in the situation of finan- cial exigency without competitors. Application resultsfor closing facilities in a competitive environment were presented to demonstrate the power of these models in such situations. The models are based on the Maximal Covering Location Model that, since its first publica- tion in 1974, has been modified and enriched with con- straints such as capacities on the facilities, stochastic demand, or backup coverage, among others. A good re- view of some of these extensions used in the public sec- tor can be found in [15] and can also be implemented when the models focus on plant or service closing.