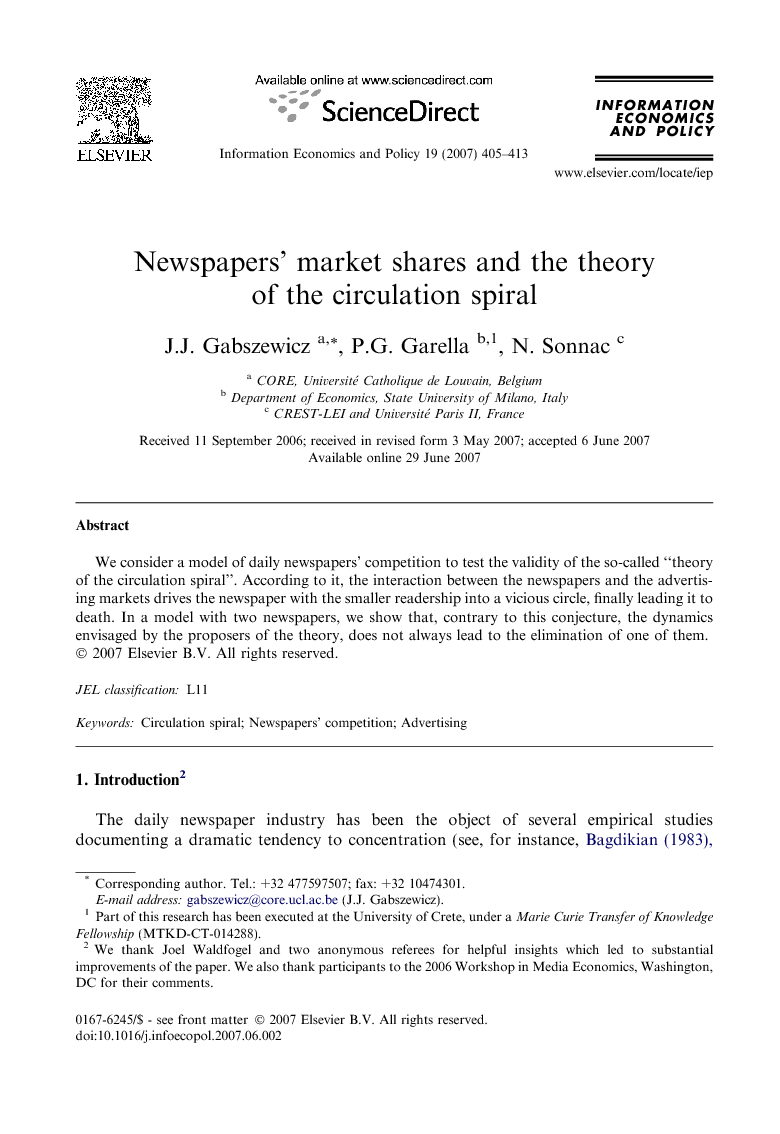 We consider a model of daily newspapers’ competition to test the validity of the so-called “theory of the circulation spiral”. According to it, the interaction between the newspapers and the advertising markets drives the newspaper with the smaller readership into a vicious circle, finally leading it to death. In a model with two newspapers, we show that, contrary to this conjecture, the dynamics envisaged by the proposers of the theory, does not always lead to the elimination of one of them.

We have outlined a bare-bones model of the circulation spiral where, according to the corresponding theory, only the crude forces put in motion by pure demand-side effects are analyzed. Our main conclusion is that the elimination of daily newspapers cannot be explained only by these effects when the survival condition is satisfied. This hinges upon the importance of advertising in the utility function of the readers, and upon the size of the minority readership, lower minorities being better apt to survive, all other things equal. However, when the survival condition is violated, the larger the minority the longer the life of the newspaper representing it. In conclusion, other elements should necessarily be taken into account to ground the circulation spiral theory on firmer roots, and improve the understanding of the concentration phenomena in the daily newspaper markets