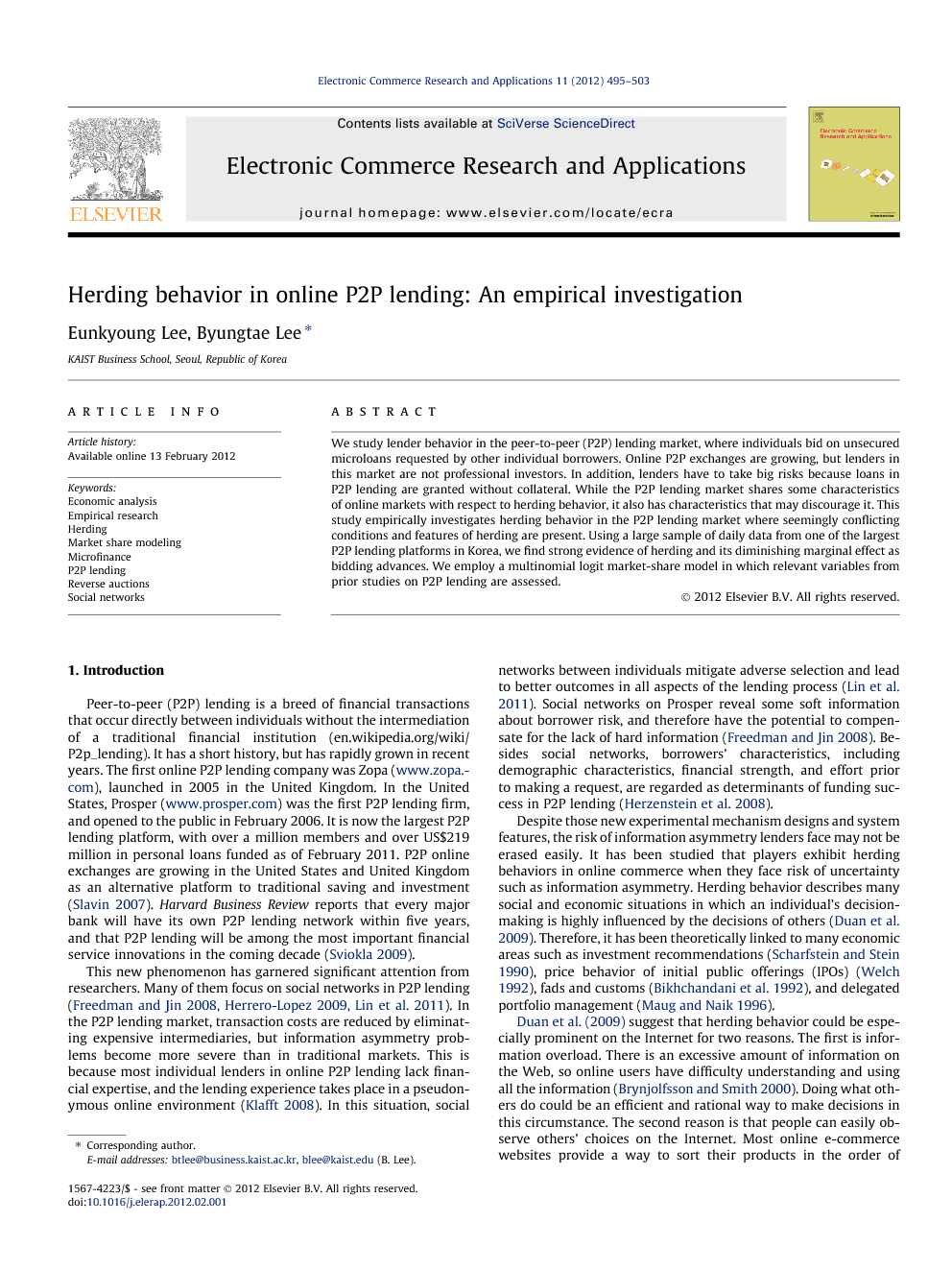 We study lender behavior in the peer-to-peer (P2P) lending market, where individuals bid on unsecured microloans requested by other individual borrowers. Online P2P exchanges are growing, but lenders in this market are not professional investors. In addition, lenders have to take big risks because loans in P2P lending are granted without collateral. While the P2P lending market shares some characteristics of online markets with respect to herding behavior, it also has characteristics that may discourage it. This study empirically investigates herding behavior in the P2P lending market where seemingly conflicting conditions and features of herding are present. Using a large sample of daily data from one of the largest P2P lending platforms in Korea, we find strong evidence of herding and its diminishing marginal effect as bidding advances. We employ a multinomial logit market-share model in which relevant variables from prior studies on P2P lending are assessed.