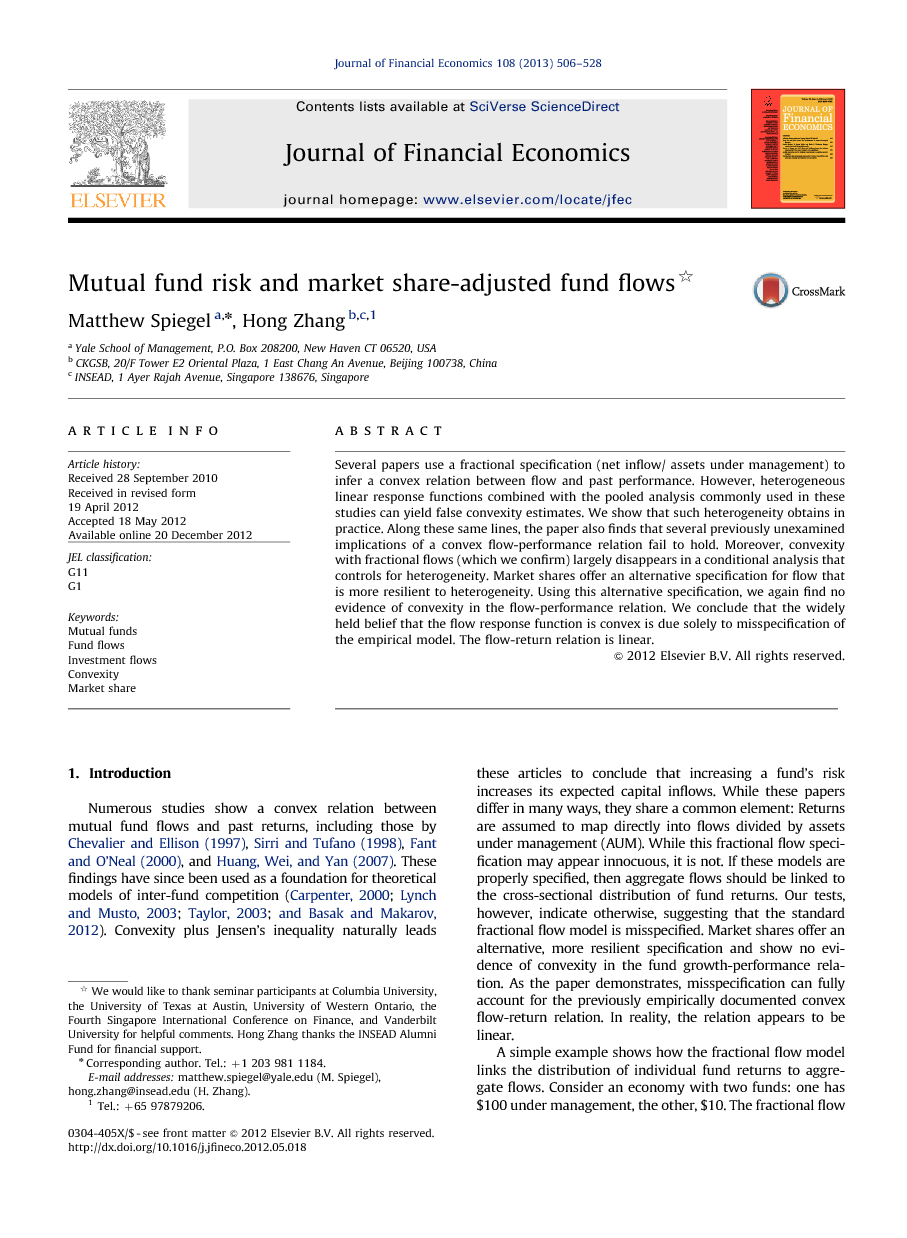 Several papers use a fractional specification (net inflow/ assets under management) to infer a convex relation between flow and past performance. However, heterogeneous linear response functions combined with the pooled analysis commonly used in these studies can yield false convexity estimates. We show that such heterogeneity obtains in practice. Along these same lines, the paper also finds that several previously unexamined implications of a convex flow-performance relation fail to hold. Moreover, convexity with fractional flows (which we confirm) largely disappears in a conditional analysis that controls for heterogeneity. Market shares offer an alternative specification for flow that is more resilient to heterogeneity. Using this alternative specification, we again find no evidence of convexity in the flow-performance relation. We conclude that the widely held belief that the flow response function is convex is due solely to misspecification of the empirical model. The flow-return relation is linear.