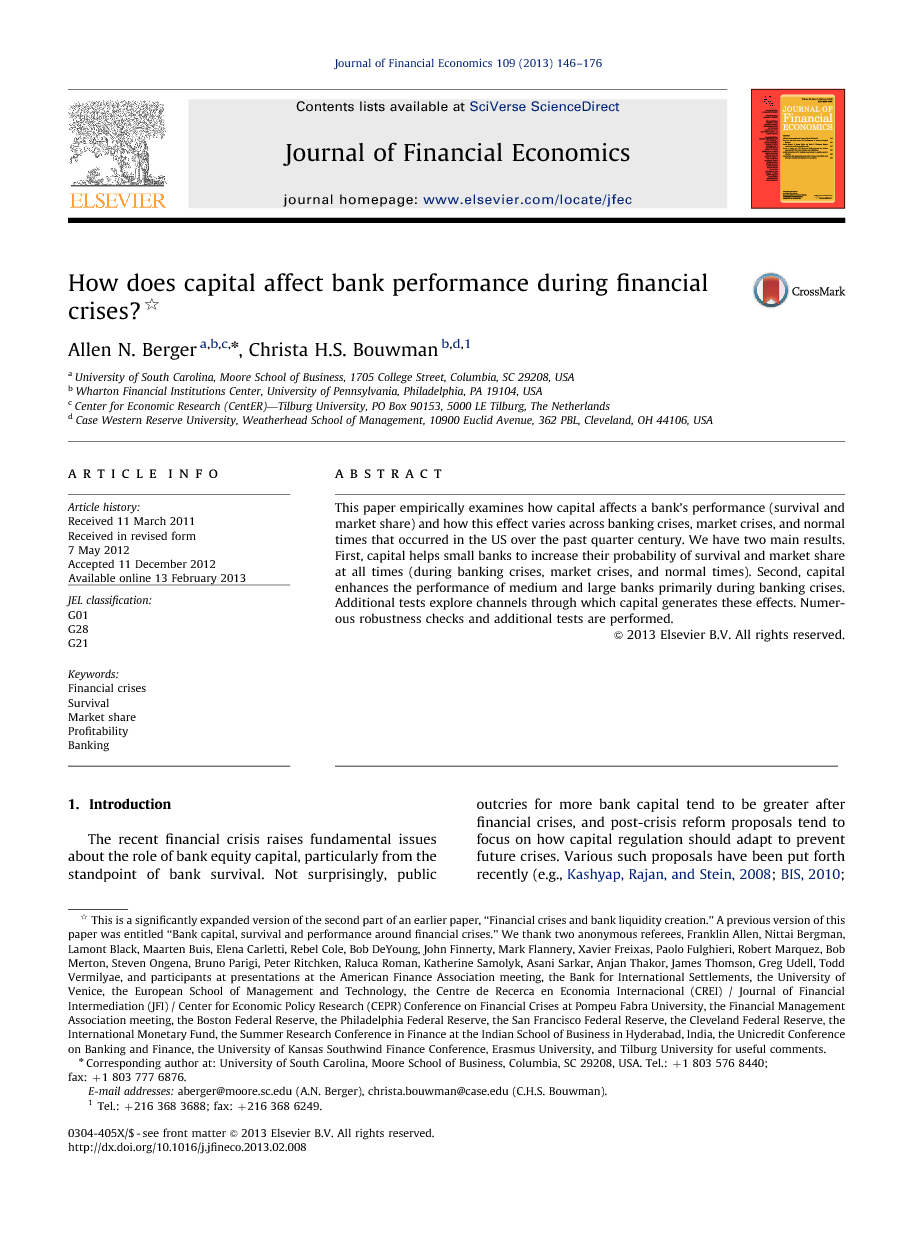 This paper empirically examines how capital affects a bank’s performance (survival and market share) and how this effect varies across banking crises, market crises, and normal times that occurred in the US over the past quarter century. We have two main results. First, capital helps small banks to increase their probability of survival and market share at all times (during banking crises, market crises, and normal times). Second, capital enhances the performance of medium and large banks primarily during banking crises. Additional tests explore channels through which capital generates these effects. Numerous robustness checks and additional tests are performed.