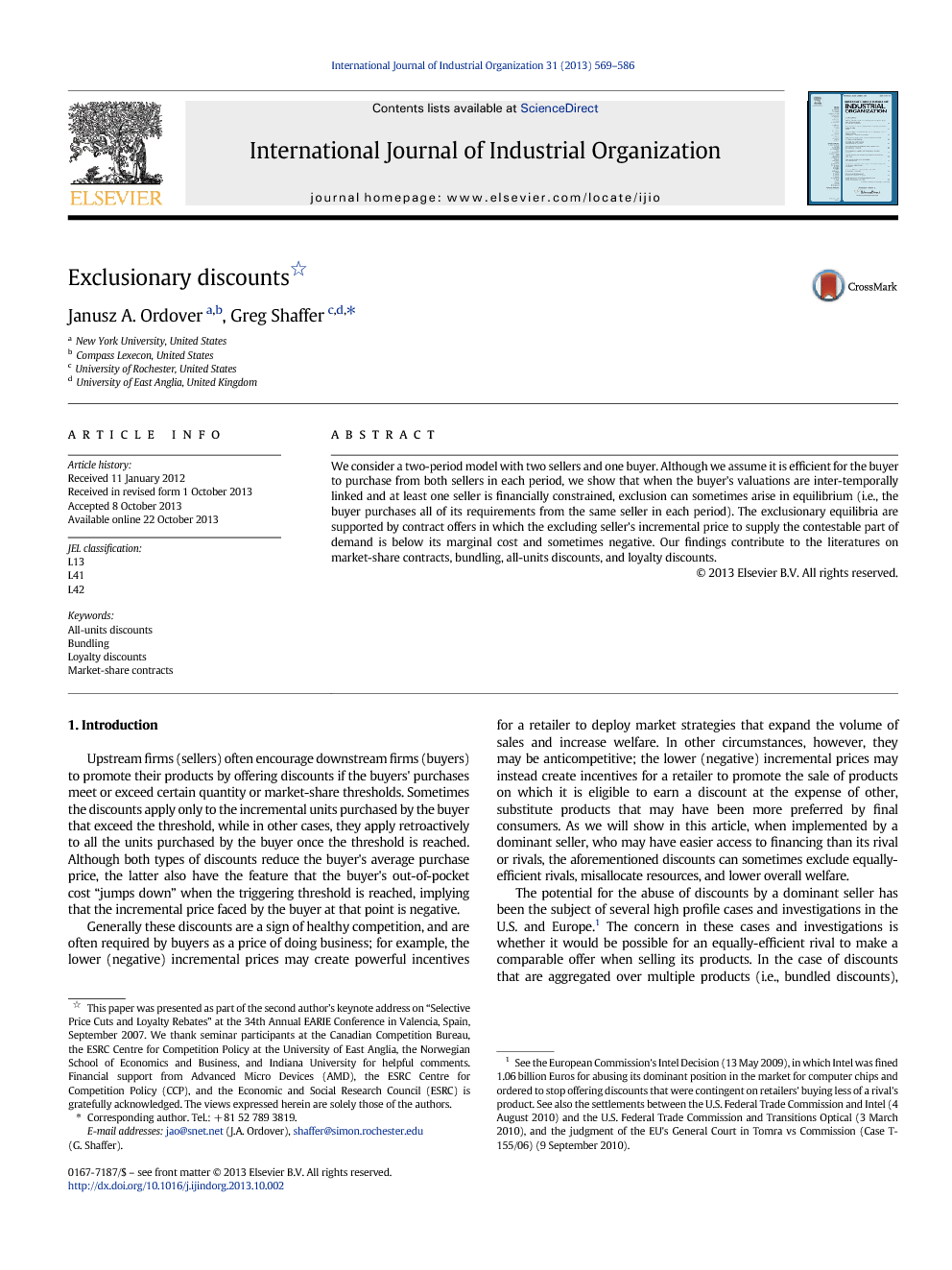 We consider a two-period model with two sellers and one buyer. Although we assume it is efficient for the buyer to purchase from both sellers in each period, we show that when the buyer's valuations are inter-temporally linked and at least one seller is financially constrained, exclusion can sometimes arise in equilibrium (i.e., the buyer purchases all of its requirements from the same seller in each period). The exclusionary equilibria are supported by contract offers in which the excluding seller's incremental price to supply the contestable part of demand is below its marginal cost and sometimes negative. Our findings contribute to the literatures on market-share contracts, bundling, all-units discounts, and loyalty discounts.