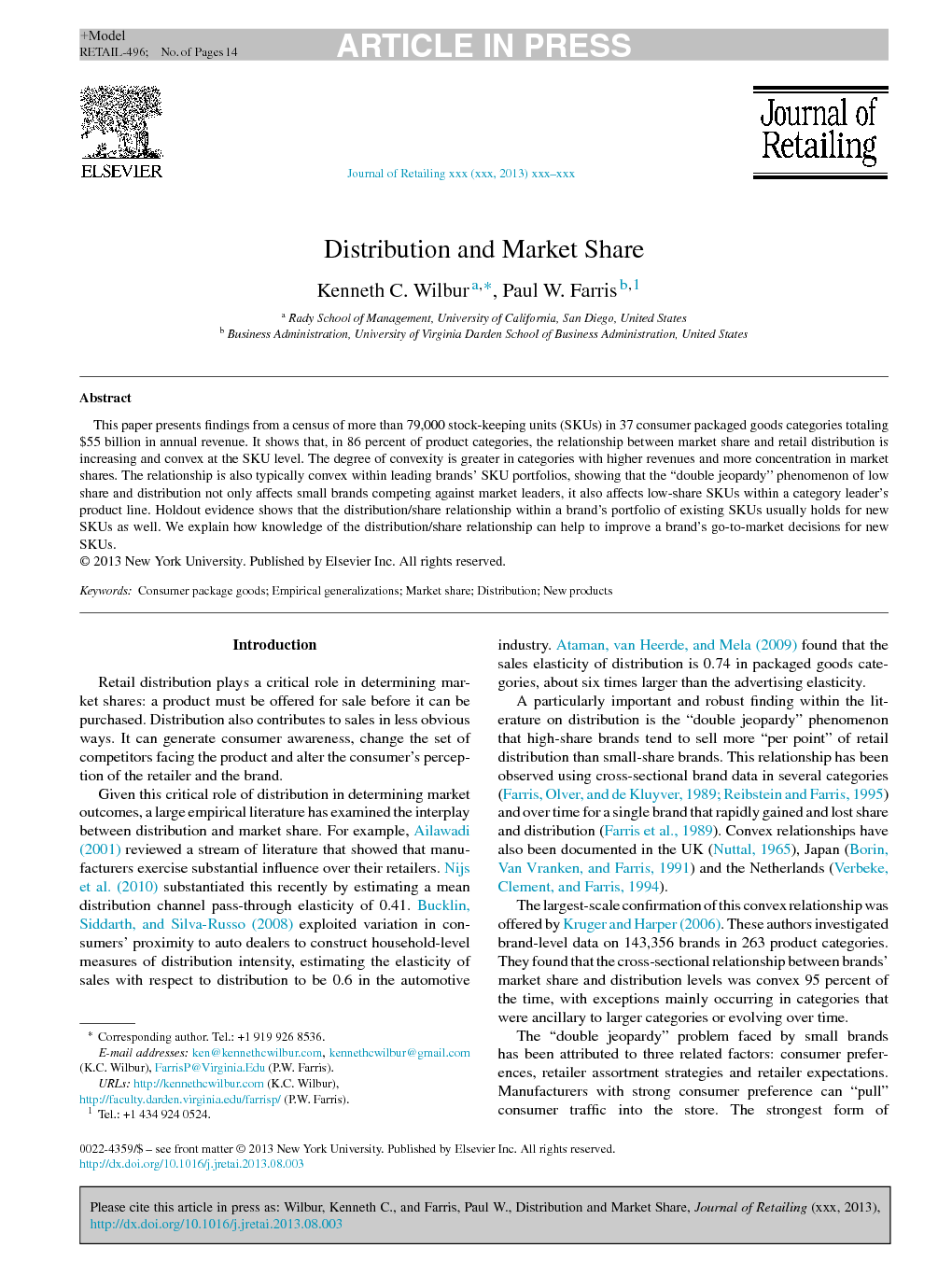 This paper presents findings from a census of more than 79,000 stock-keeping units (SKUs) in 37 consumer packaged goods categories totaling $55 billion in annual revenue. It shows that, in 86 percent of product categories, the relationship between market share and retail distribution is increasing and convex at the SKU level. The degree of convexity is greater in categories with higher revenues and more concentration in market shares. The relationship is also typically convex within leading brands’ SKU portfolios, showing that the “double jeopardy” phenomenon of low share and distribution not only affects small brands competing against market leaders, it also affects low-share SKUs within a category leader's product line. Holdout evidence shows that the distribution/share relationship within a brand's portfolio of existing SKUs usually holds for new SKUs as well. We explain how knowledge of the distribution/share relationship can help to improve a brand's go-to-market decisions for new SKUs.