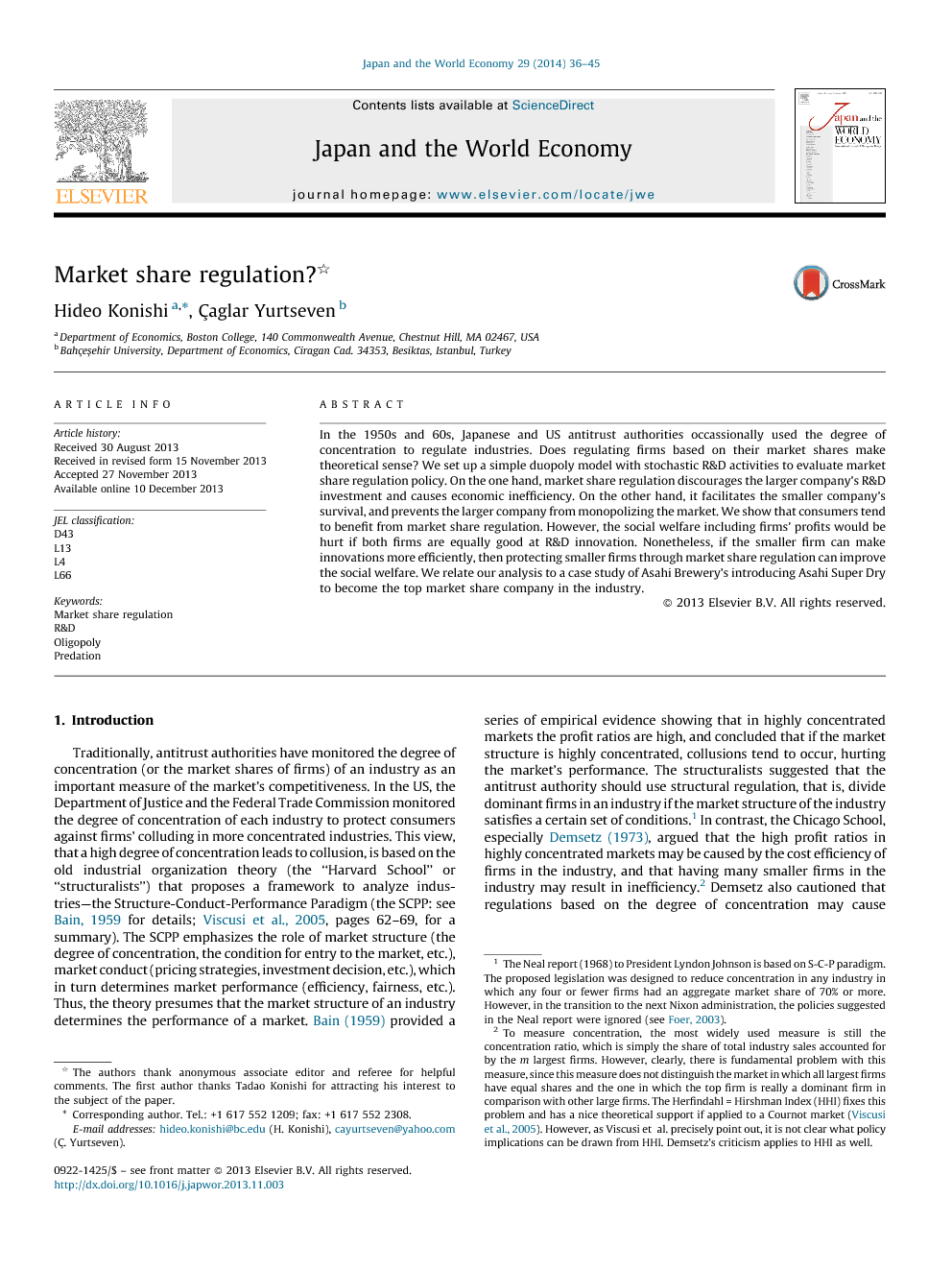 In the 1950s and 60s, Japanese and US antitrust authorities occassionally used the degree of concentration to regulate industries. Does regulating firms based on their market shares make theoretical sense? We set up a simple duopoly model with stochastic R&D activities to evaluate market share regulation policy. On the one hand, market share regulation discourages the larger company's R&D investment and causes economic inefficiency. On the other hand, it facilitates the smaller company's survival, and prevents the larger company from monopolizing the market. We show that consumers tend to benefit from market share regulation. However, the social welfare including firms’ profits would be hurt if both firms are equally good at R&D innovation. Nonetheless, if the smaller firm can make innovations more efficiently, then protecting smaller firms through market share regulation can improve the social welfare. We relate our analysis to a case study of Asahi Brewery's introducing Asahi Super Dry to become the top market share company in the industry.