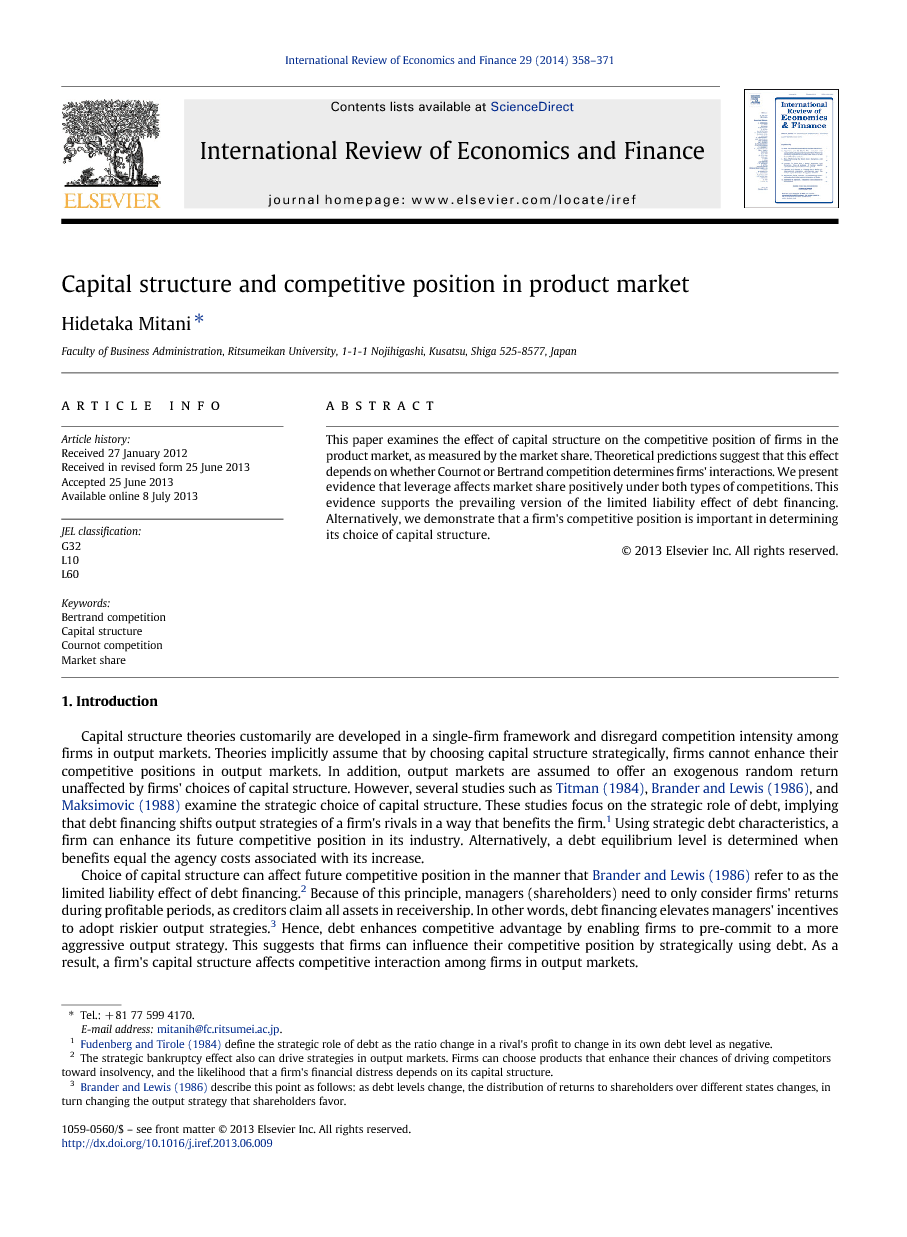 This paper examines the effect of capital structure on the competitive position of firms in the product market, as measured by the market share. Theoretical predictions suggest that this effect depends on whether Cournot or Bertrand competition determines firms' interactions. We present evidence that leverage affects market share positively under both types of competitions. This evidence supports the prevailing version of the limited liability effect of debt financing. Alternatively, we demonstrate that a firm's competitive position is important in determining its choice of capital structure.