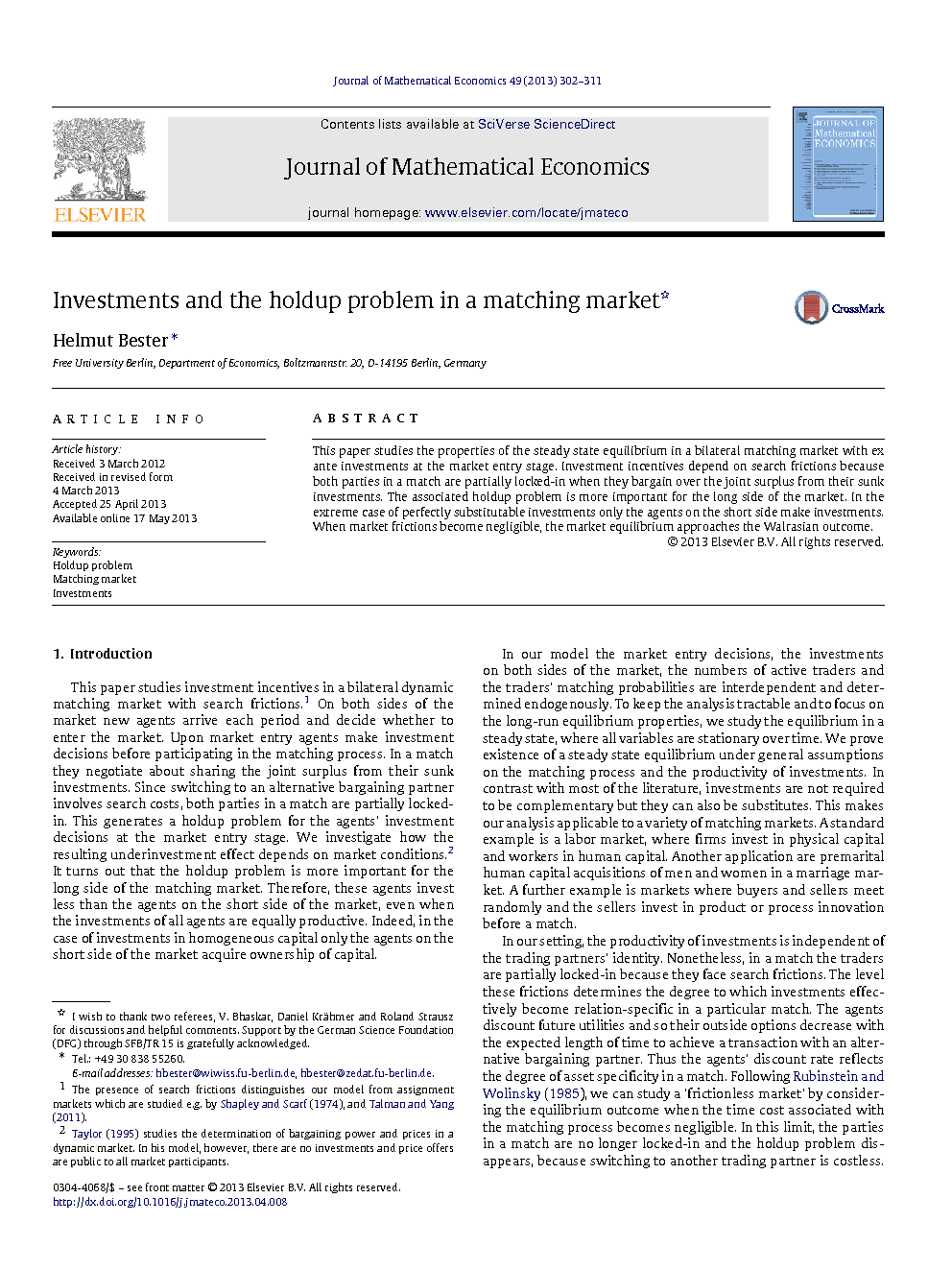 This paper studies the properties of the steady state equilibrium in a bilateral matching market with ex ante investments at the market entry stage. Investment incentives depend on search frictions because both parties in a match are partially locked-in when they bargain over the joint surplus from their sunk investments. The associated holdup problem is more important for the long side of the market. In the extreme case of perfectly substitutable investments only the agents on the short side make investments. When market frictions become negligible, the market equilibrium approaches the Walrasian outcome.

We have analyzed how search frictions affect investment incentives in a decentralized matching market. These frictions generate a holdup problem and lead to underinvestment. The importance of this problem depends on the matching process and differs for both sides of the market. This can explain why investments and the ownership of assets are concentrated on one side of the market. We have also shown that the holdup problem disappears when search frictions tend to zero. The outcome of a frictionless decentralized market has the same properties as the Walrasian equilibrium of a centralized market. These results have been derived under standard neoclassical assumptions. The matching technology of our model is homogeneous of degree one so that the number of matches is proportional to the number of agents active in the market. Further, the surplus in a match is assumed to be a concave function of the agents’ investments. These assumptions seem important in particular for the efficiency properties of the market outcome with negligible search frictions. Our analysis indicates that with increasing returns one cannot rule out coordination failures in markets with two-sided investments.