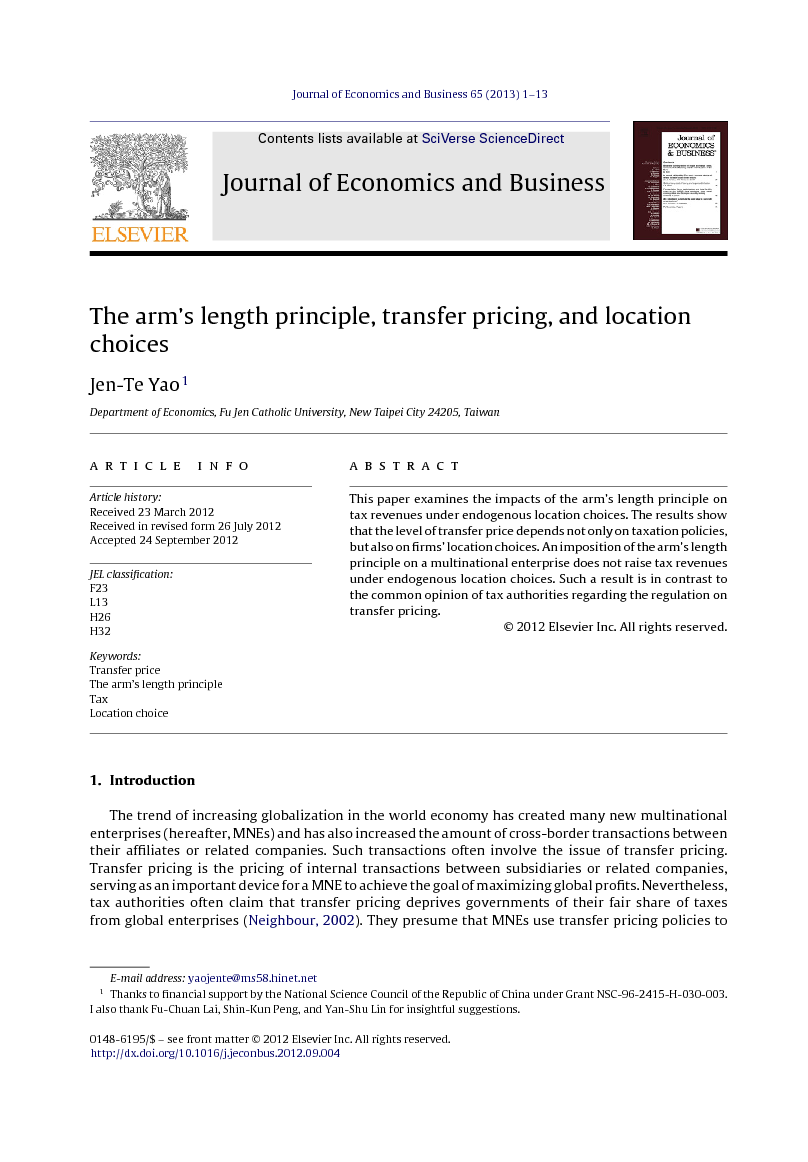 Transfer pricing in this paper plays a strategic role when a multinational enterprise (MNE) intends to maximize global profits under endogenous location choices. A MNE can strategically manipulate transfer pricing in order to help its downstream subsidiary gain greater market share. This suggests that a MNE's location choice and transfer price may depend not only on taxation policies, but also on competitive influences from other MNEs. The current paper's result shows that if the downstream firms have different constant marginal costs of production, then the MNEs have incentives to charge the low-cost downstream firm a higher transfer price. A MNE's decision regarding where to locate its downstream firms hinges on the relative level of the corporate tax rates in the respective country. A MNE suffering from the heavy burden of a corporate tax has incentives to locate its downstream firm towards the market center. Furthermore, the enforcement of the arm's length (AL) principle on MNEs’ internal transactions reduces location differentials, compared to no regulation on transfer pricing. This leads to lower mill prices and lower profits in equilibrium. I thus find that the imposition of the AL principle does not raise tax revenues under endogenous location choices. Such a result is in contrast to the common opinion of tax authorities regarding the regulation on transfer pricing. Finally, this paper's purpose is not to render a model that is realistic in all respects, but rather to examine the natural role of the AL regulation on authorities’ tax revenues and MNEs’ location choices (with welfare consideration). In order to facilitate analytical tractability, assumptions regarding the input pricing mechanism and demand for the final product have been made as simple as possible, with perfect information and costless verifiability of the multinational firm's marginal cost. Consequently, the appearance of the transfer price effect makes location differentials greater. The effect should be also robust to a number of modifications to the vertical-integrated spatial model.