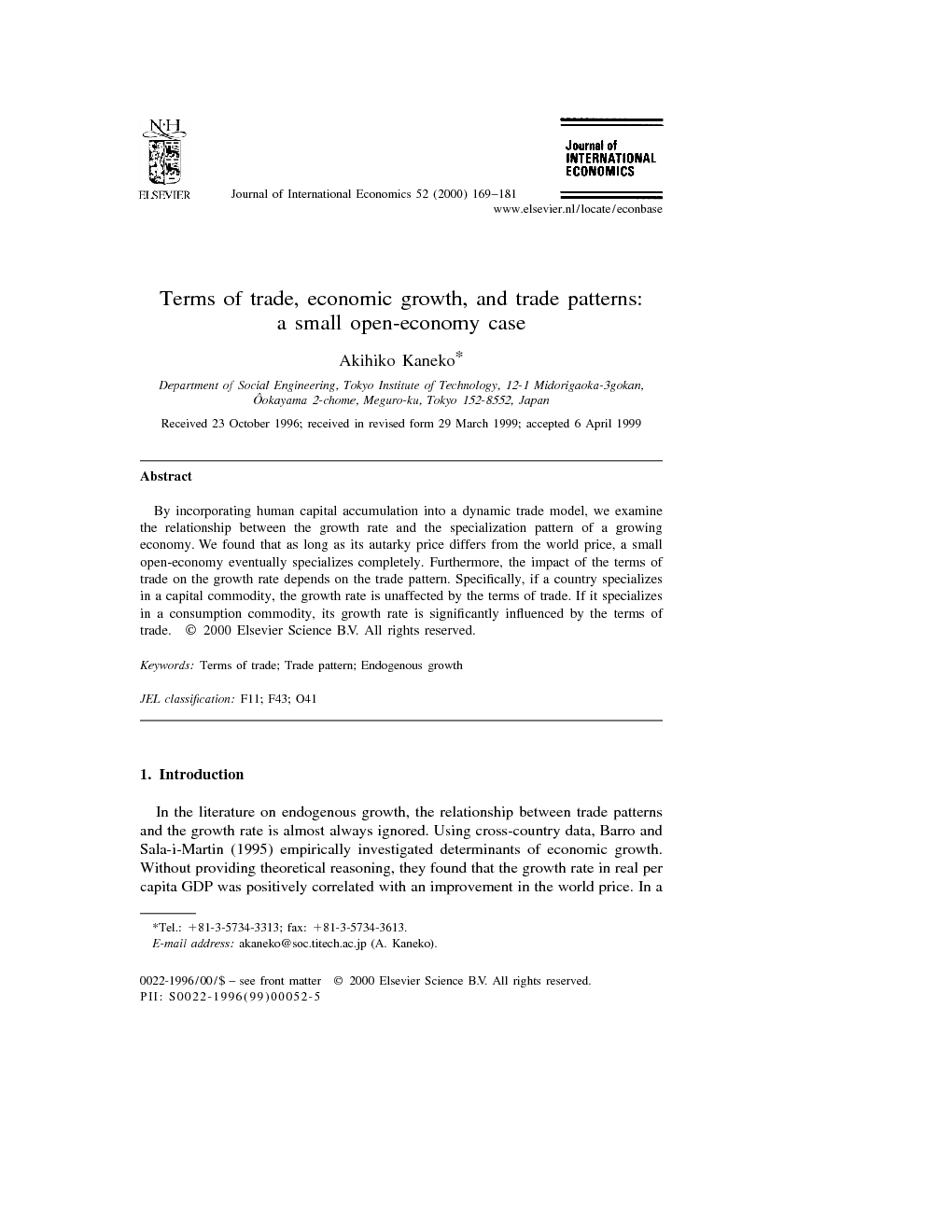 This paper has developed a three-sector growth model of international trade with intertemporal optimizing behavior and endogenous physical and human capital accumulation. Our model provides new insight into endogenous growth theory. So far, endogenous growth theory which considers human capital accumulation has emphasized improvement in education quality or productivity of human capital accumulation as an engine of growth. However, from the analysis in this paper, the terms of trade can clearly affect growth when a country specializes mainly in consumption commodities: the higher the terms of trade are, the higher the growth rate is, and vice versa. On the other hand, if a country specializes in capital commodities, the terms of trade do not affect growth. Thus, an industrial policy which affects comparative advantage can cause a dramatic difference in growth.