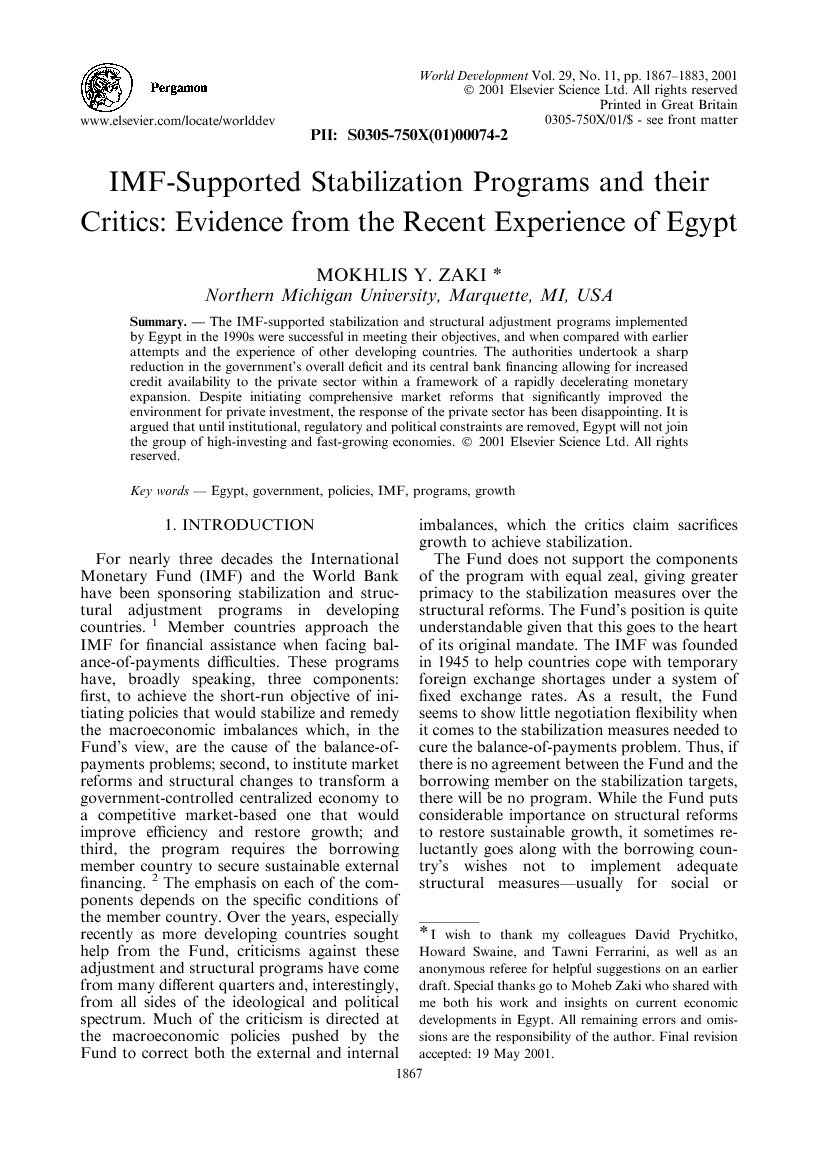 The IMF-supported stabilization and structural adjustment programs implemented by Egypt in the 1990s were successful in meeting their objectives, and when compared with earlier attempts and the experience of other developing countries. The authorities undertook a sharp reduction in the government's overall deficit and its central bank financing allowing for increased credit availability to the private sector within a framework of a rapidly decelerating monetary expansion. Despite initiating comprehensive market reforms that significantly improved the environment for private investment, the response of the private sector has been disappointing. It is argued that until institutional, regulatory and political constraints are removed, Egypt will not join the group of high-investing and fast-growing economies.