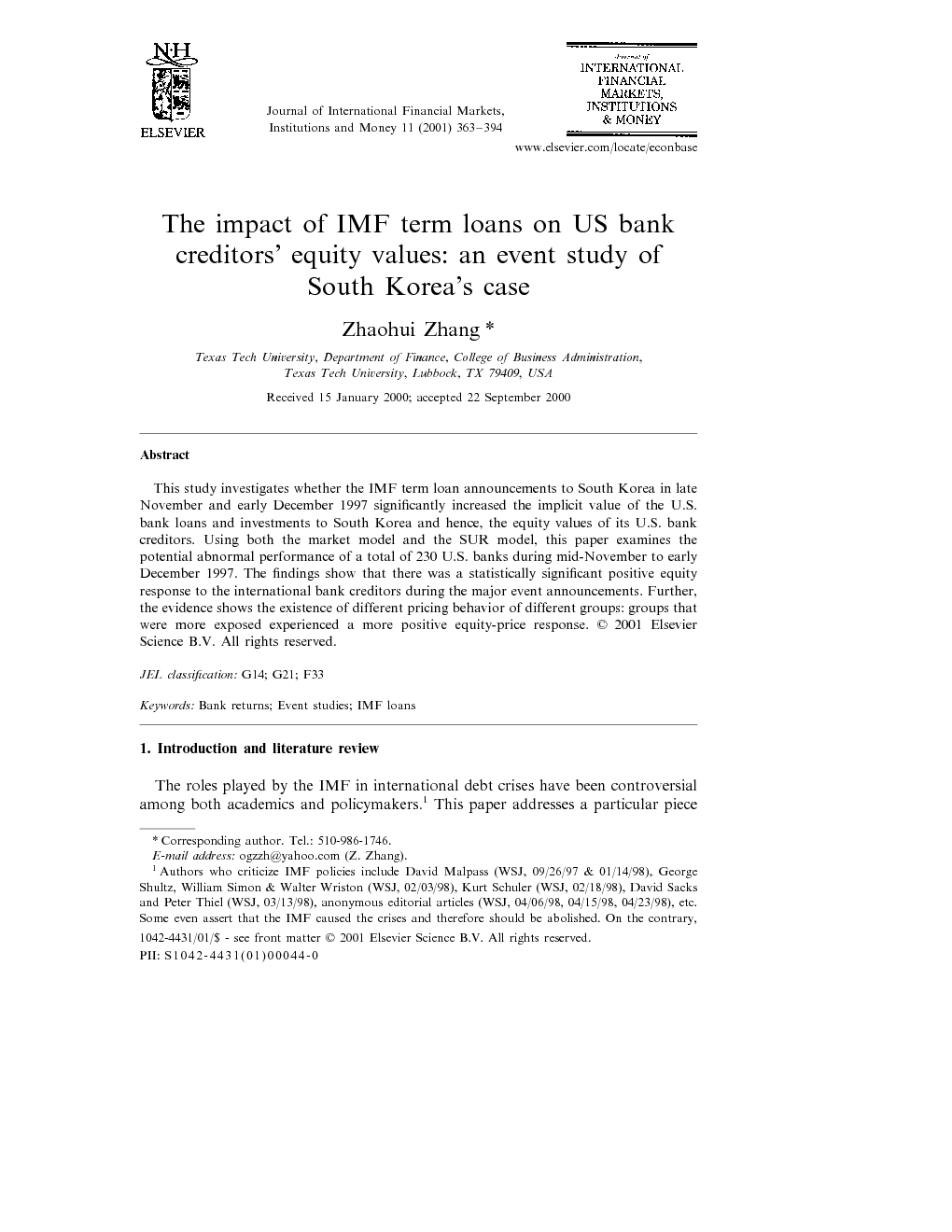 This study investigates whether the IMF term loan announcements to South Korea in late November and early December 1997 significantly increased the implicit value of the U.S. bank loans and investments to South Korea and hence, the equity values of its U.S. bank creditors. Using both the market model and the SUR model, this paper examines the potential abnormal performance of a total of 230 U.S. banks during mid-November to early December 1997. The findings show that there was a statistically significant positive equity response to the international bank creditors during the major event announcements. Further, the evidence shows the existence of different pricing behavior of different groups: groups that were more exposed experienced a more positive equity-price response.