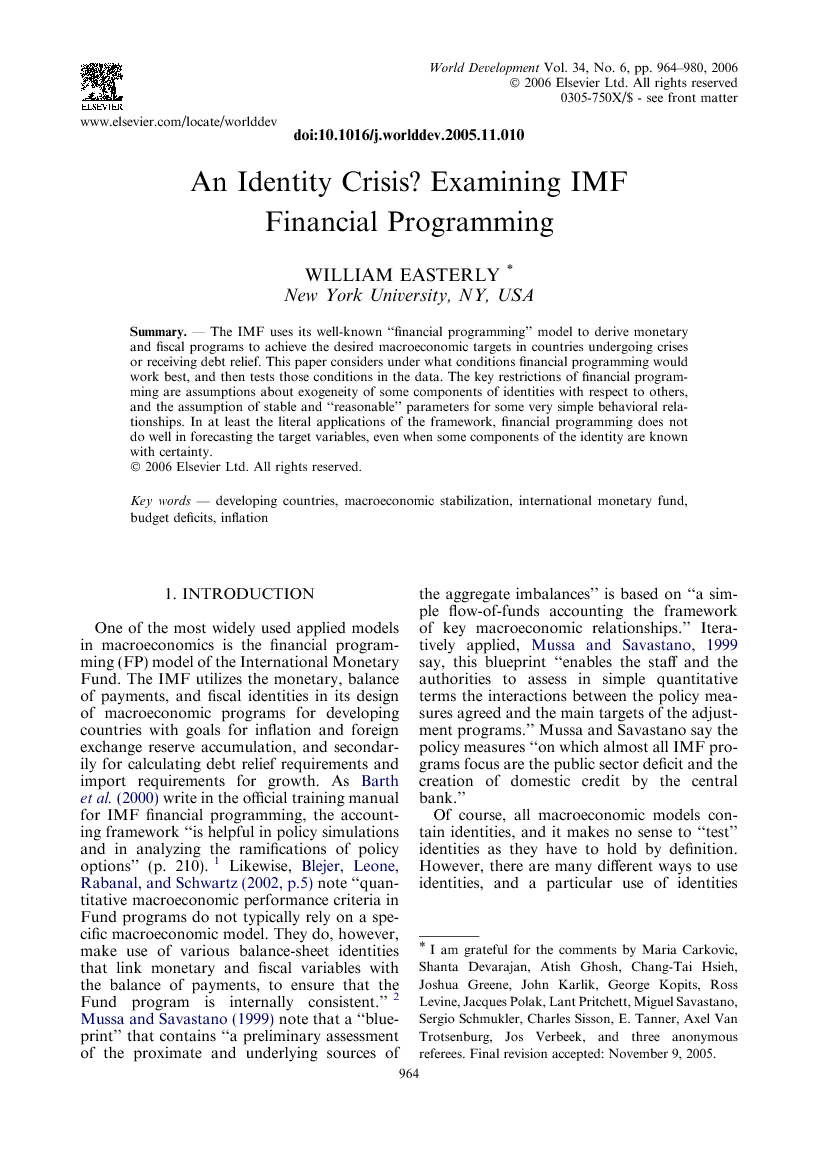 This paper agrees with Agenor and Montiel, 1999 when they say: Although all of the {Bank and Fund} models to be examined have been applied frequently in policy formulation in developing nations, we shall argue that all of them are subject to limitations that constrain their usefulness for both policy guidance and analytical work as medium-term models. Among the limitations of FP pointed out in this paper are the large statistical discrepancies in all the identities, the poor performance of predictions even when an element of the identity is known in advance with certainty, the failure of econometric tests to yield a strong association between the “policy” variable and the “endogenous” variable, and the systematic instability and high variance of the “behavioral” parameters that are used as “consistency checks” on the endogenous variables with growth and inflation targets. In conclusion, the conditions under which the simplest and the most mechanical use of financial programming would work do not hold in the data. Mechanical financial programming does not appear to be a very useful guide to macroeconomic policies in developing countries. One possible improvement this paper could imply is to use econometric relationships between the policy variable and the endogenous variable, rather than relying on exogeneity restrictions in accounting identities. Or the IMF staff and those who comment on their programs may simply benefit from knowing the limitations of mechanical financial programming, implying that macroeconomic judgements based on good theory and empirics are even more important than those previously acknowledged.