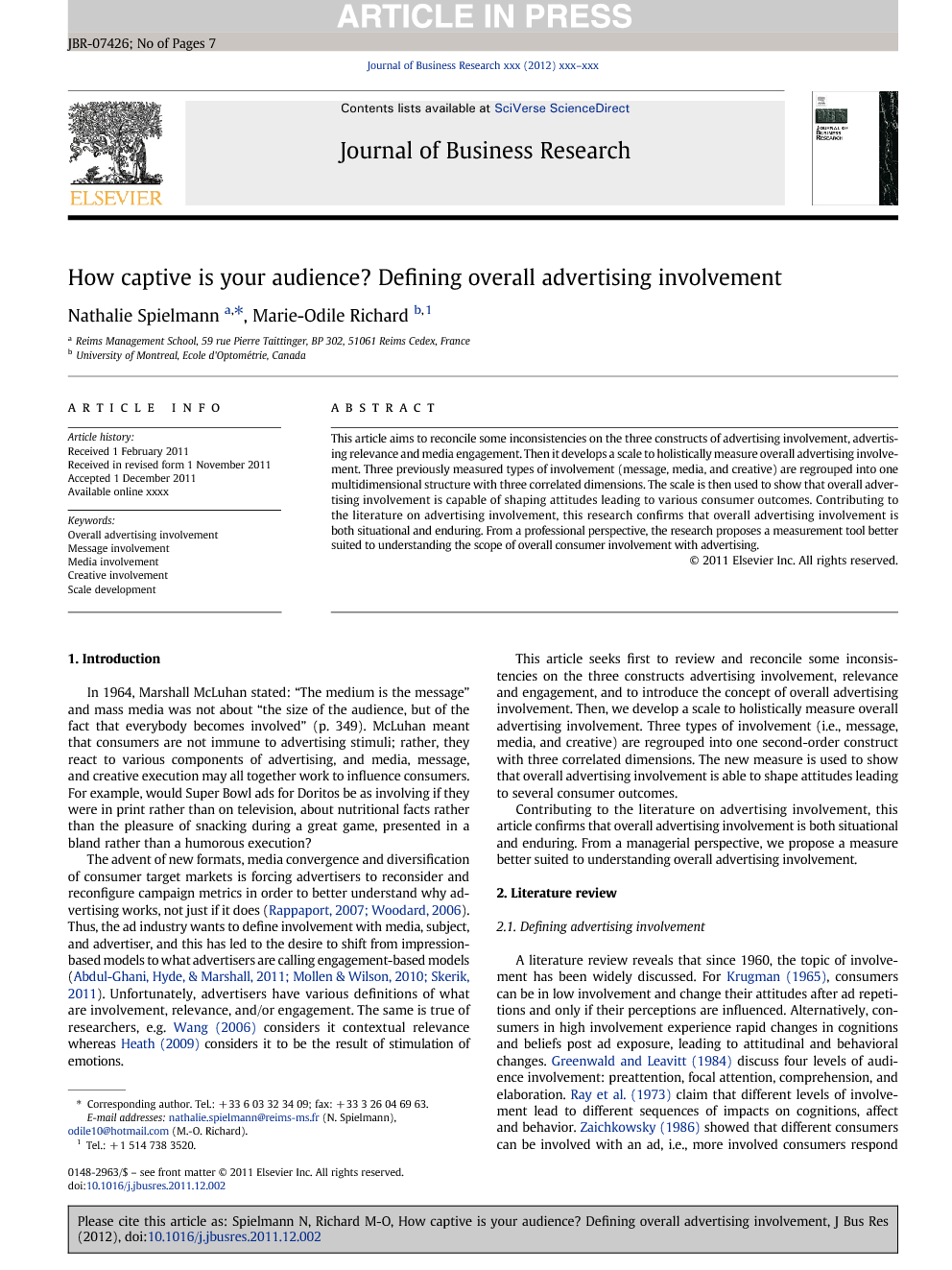 In 1964, Marshall McLuhan stated: “The medium is the message” and mass media was not about “the size of the audience, but of the fact that everybody becomes involved” (p. 349). McLuhan meant that consumers are not immune to advertising stimuli; rather, they react to various components of advertising, and media, message, and creative execution may all together work to influence consumers. For example, would Super Bowl ads for Doritos be as involving if they were in print rather than on television, about nutritional facts rather than the pleasure of snacking during a great game, presented in a bland rather than a humorous execution? The advent of new formats, media convergence and diversification of consumer target markets is forcing advertisers to reconsider and reconfigure campaign metrics in order to better understand why advertising works, not just if it does (Rappaport, 2007 and Woodard, 2006). Thus, the ad industry wants to define involvement with media, subject, and advertiser, and this has led to the desire to shift from impression-based models to what advertisers are calling engagement-based models (Abdul-Ghani et al., 2011, Mollen and Wilson, 2010 and Skerik, 2011). Unfortunately, advertisers have various definitions of what are involvement, relevance, and/or engagement. The same is true of researchers, e.g. Wang (2006) considers it contextual relevance whereas Heath (2009) considers it to be the result of stimulation of emotions. This article seeks first to review and reconcile some inconsistencies on the three constructs advertising involvement, relevance and engagement, and to introduce the concept of overall advertising involvement. Then, we develop a scale to holistically measure overall advertising involvement. Three types of involvement (i.e., message, media, and creative) are regrouped into one second-order construct with three correlated dimensions. The new measure is used to show that overall advertising involvement is able to shape attitudes leading to several consumer outcomes.