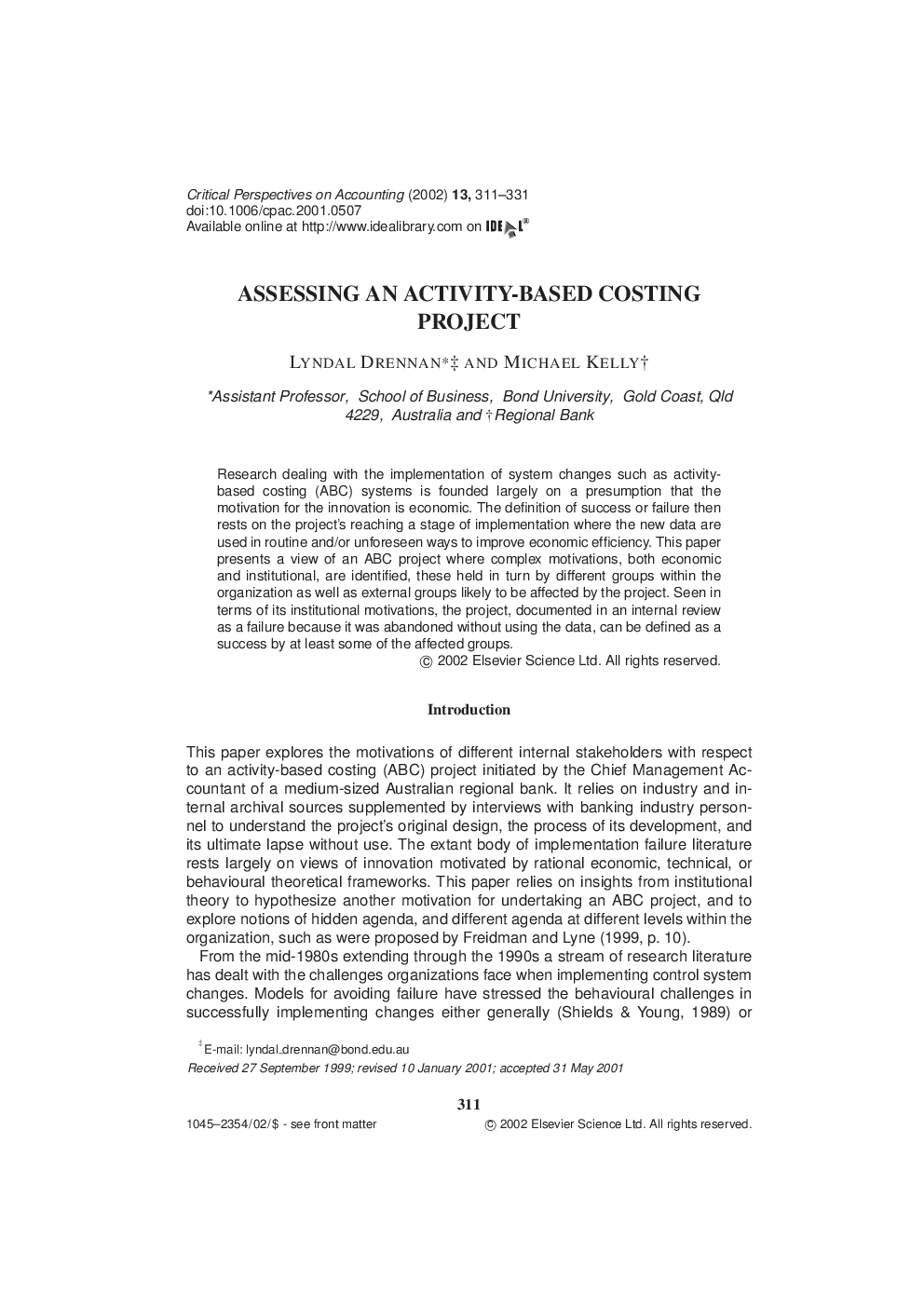 Research dealing with the implementation of system changes such as activity-based costing (ABC) systems is founded largely on a presumption that the motivation for the innovation is economic. The definition of success or failure then rests on the project’s reaching a stage of implementation where the new data are used in routine and/or unforeseen ways to improve economic efficiency. This paper presents a view of an ABC project where complex motivations, both economic and institutional, are identified, these held in turn by different groups within the organization as well as external groups likely to be affected by the project. Seen in terms of its institutional motivations, the project, documented in an internal review as a failure because it was abandoned without using the data, can be defined as a success by at least some of the affected groups.