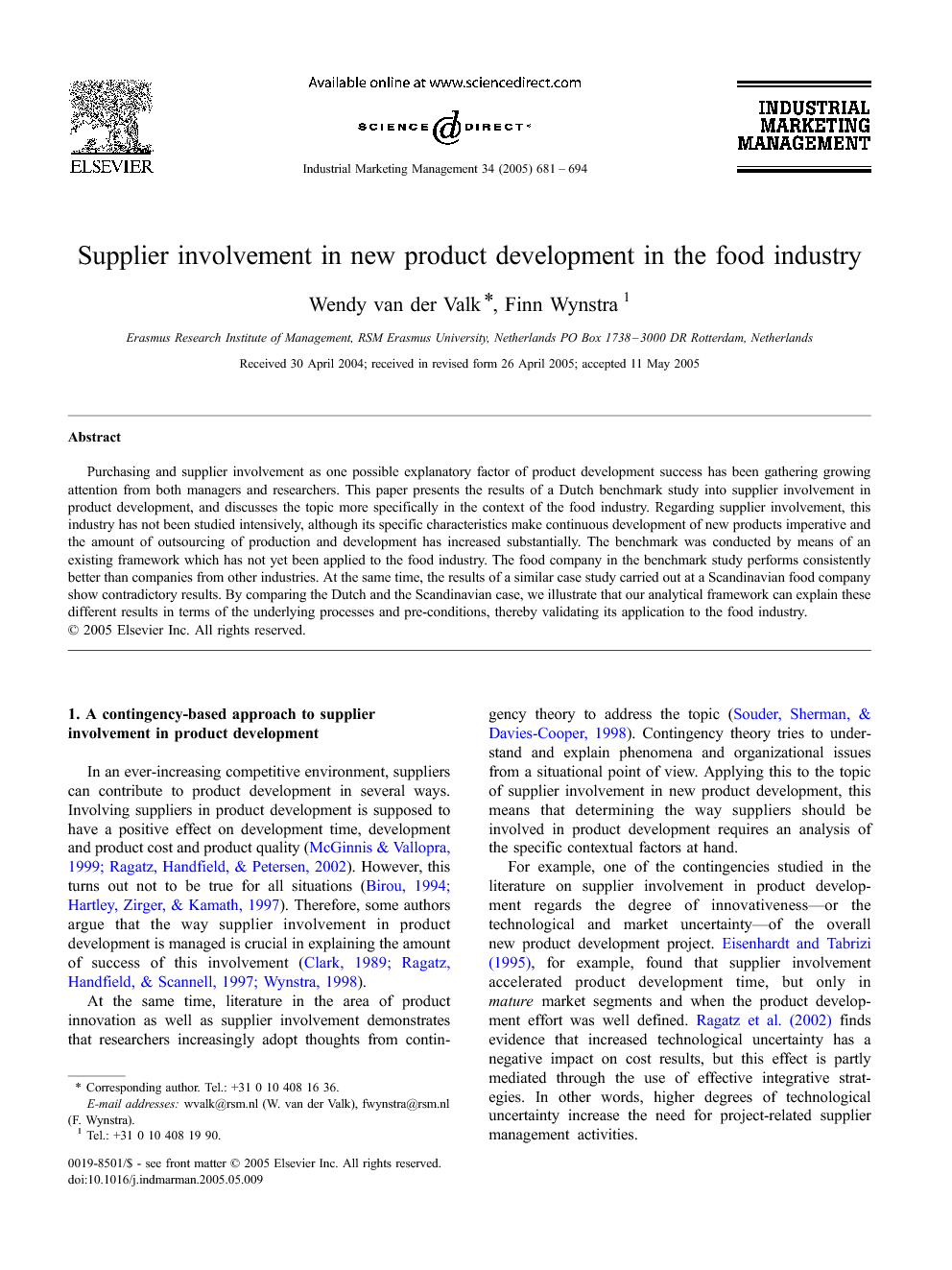 Purchasing and supplier involvement as one possible explanatory factor of product development success has been gathering growing attention from both managers and researchers. This paper presents the results of a Dutch benchmark study into supplier involvement in product development, and discusses the topic more specifically in the context of the food industry. Regarding supplier involvement, this industry has not been studied intensively, although its specific characteristics make continuous development of new products imperative and the amount of outsourcing of production and development has increased substantially. The benchmark was conducted by means of an existing framework which has not yet been applied to the food industry. The food company in the benchmark study performs consistently better than companies from other industries. At the same time, the results of a similar case study carried out at a Scandinavian food company show contradictory results. By comparing the Dutch and the Scandinavian case, we illustrate that our analytical framework can explain these different results in terms of the underlying processes and pre-conditions, thereby validating its application to the food industry.