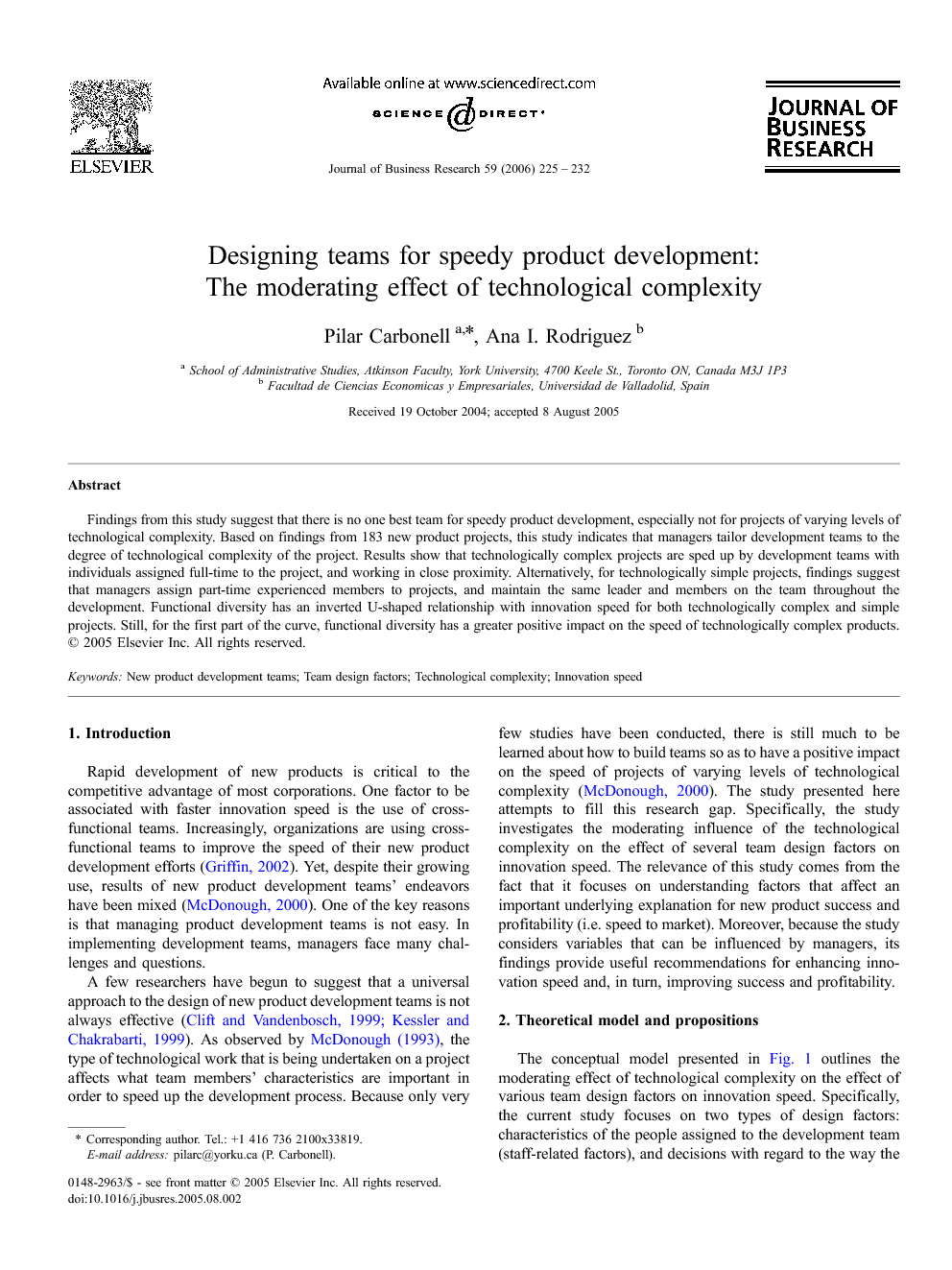 Rapid development of new products is critical to the competitive advantage of most corporations. One factor to be associated with faster innovation speed is the use of cross-functional teams. Increasingly, organizations are using cross-functional teams to improve the speed of their new product development efforts (Griffin, 2002). Yet, despite their growing use, results of new product development teams’ endeavors have been mixed (McDonough, 2000). One of the key reasons is that managing product development teams is not easy. In implementing development teams, managers face many challenges and questions. A few researchers have begun to suggest that a universal approach to the design of new product development teams is not always effective (Clift and Vandenbosch, 1999 and Kessler and Chakrabarti, 1999). As observed by McDonough (1993), the type of technological work that is being undertaken on a project affects what team members' characteristics are important in order to speed up the development process. Because only very few studies have been conducted, there is still much to be learned about how to build teams so as to have a positive impact on the speed of projects of varying levels of technological complexity (McDonough, 2000). The study presented here attempts to fill this research gap. Specifically, the study investigates the moderating influence of the technological complexity on the effect of several team design factors on innovation speed. The relevance of this study comes from the fact that it focuses on understanding factors that affect an important underlying explanation for new product success and profitability (i.e. speed to market). Moreover, because the study considers variables that can be influenced by managers, its findings provide useful recommendations for enhancing innovation speed and, in turn, improving success and profitability.