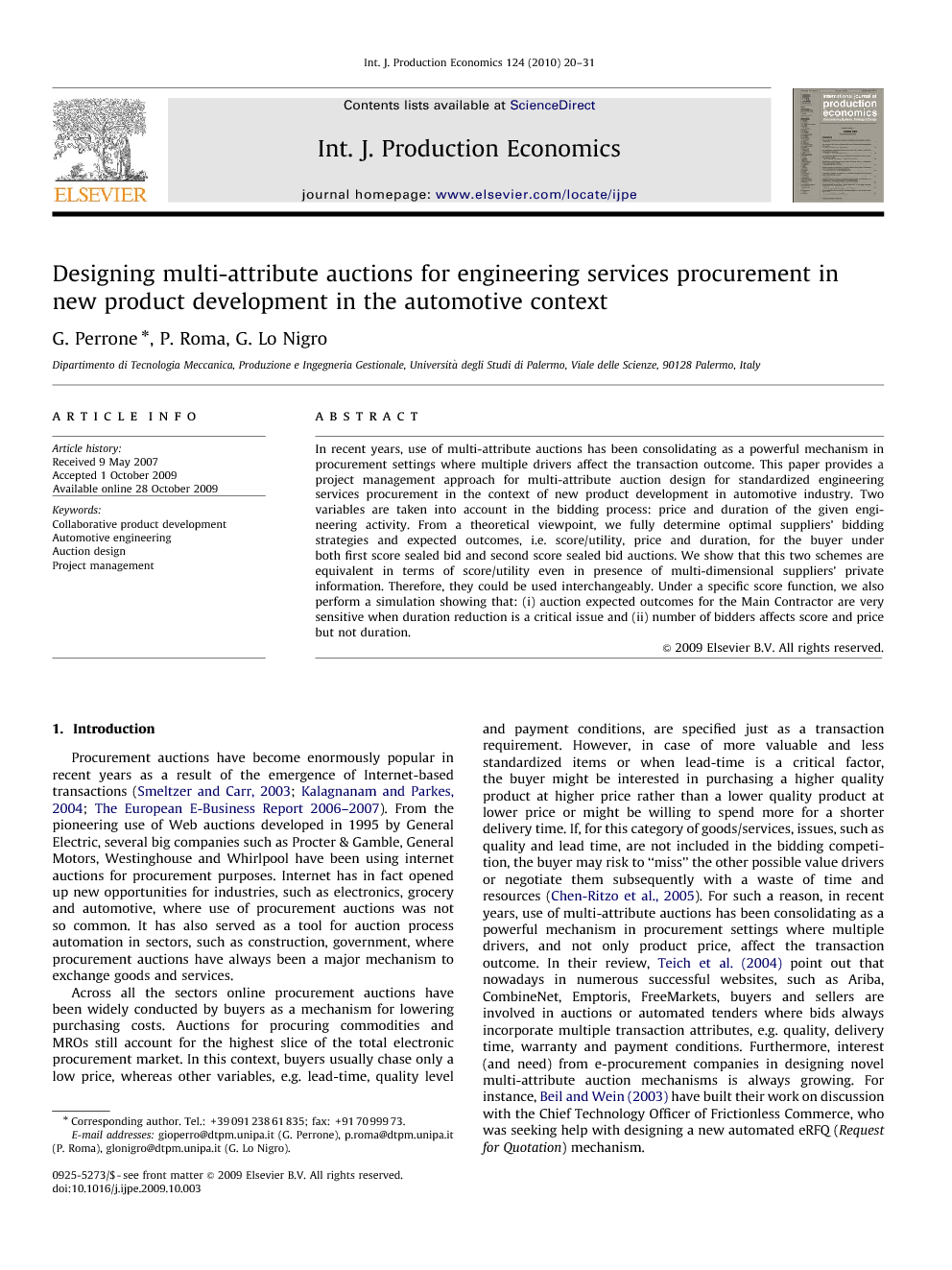 In recent years, use of multi-attribute auctions has been consolidating as a powerful mechanism in procurement settings where multiple drivers affect the transaction outcome. This paper provides a project management approach for multi-attribute auction design for standardized engineering services procurement in the context of new product development in automotive industry. Two variables are taken into account in the bidding process: price and duration of the given engineering activity. From a theoretical viewpoint, we fully determine optimal suppliers’ bidding strategies and expected outcomes, i.e. score/utility, price and duration, for the buyer under both first score sealed bid and second score sealed bid auctions. We show that this two schemes are equivalent in terms of score/utility even in presence of multi-dimensional suppliers’ private information. Therefore, they could be used interchangeably. Under a specific score function, we also perform a simulation showing that: (i) auction expected outcomes for the Main Contractor are very sensitive when duration reduction is a critical issue and (ii) number of bidders affects score and price but not duration.