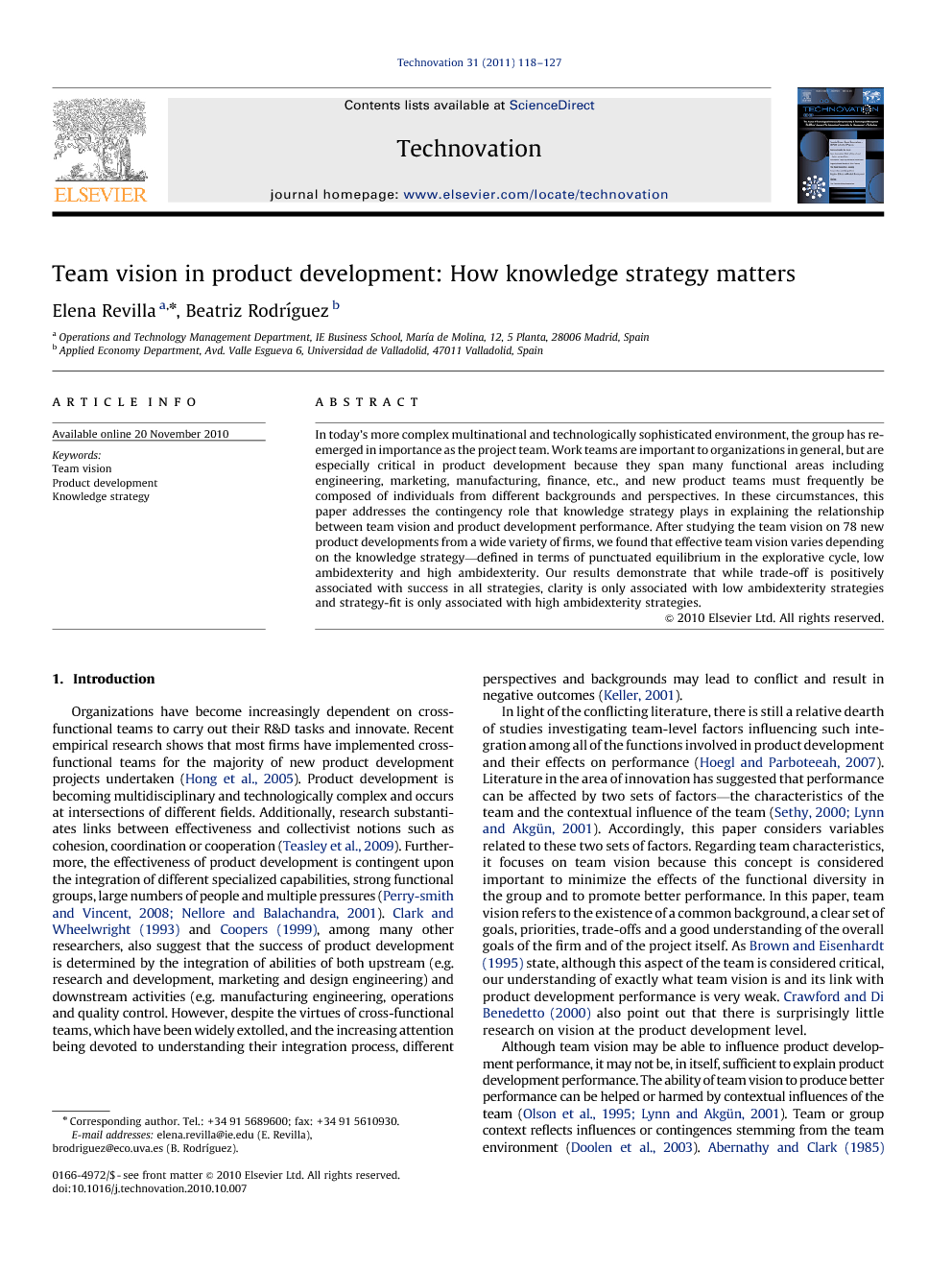 In today’s more complex multinational and technologically sophisticated environment, the group has re-emerged in importance as the project team. Work teams are important to organizations in general, but are especially critical in product development because they span many functional areas including engineering, marketing, manufacturing, finance, etc., and new product teams must frequently be composed of individuals from different backgrounds and perspectives. In these circumstances, this paper addresses the contingency role that knowledge strategy plays in explaining the relationship between team vision and product development performance. After studying the team vision on 78 new product developments from a wide variety of firms, we found that effective team vision varies depending on the knowledge strategy—defined in terms of punctuated equilibrium in the explorative cycle, low ambidexterity and high ambidexterity. Our results demonstrate that while trade-off is positively associated with success in all strategies, clarity is only associated with low ambidexterity strategies and strategy-fit is only associated with high ambidexterity strategies.