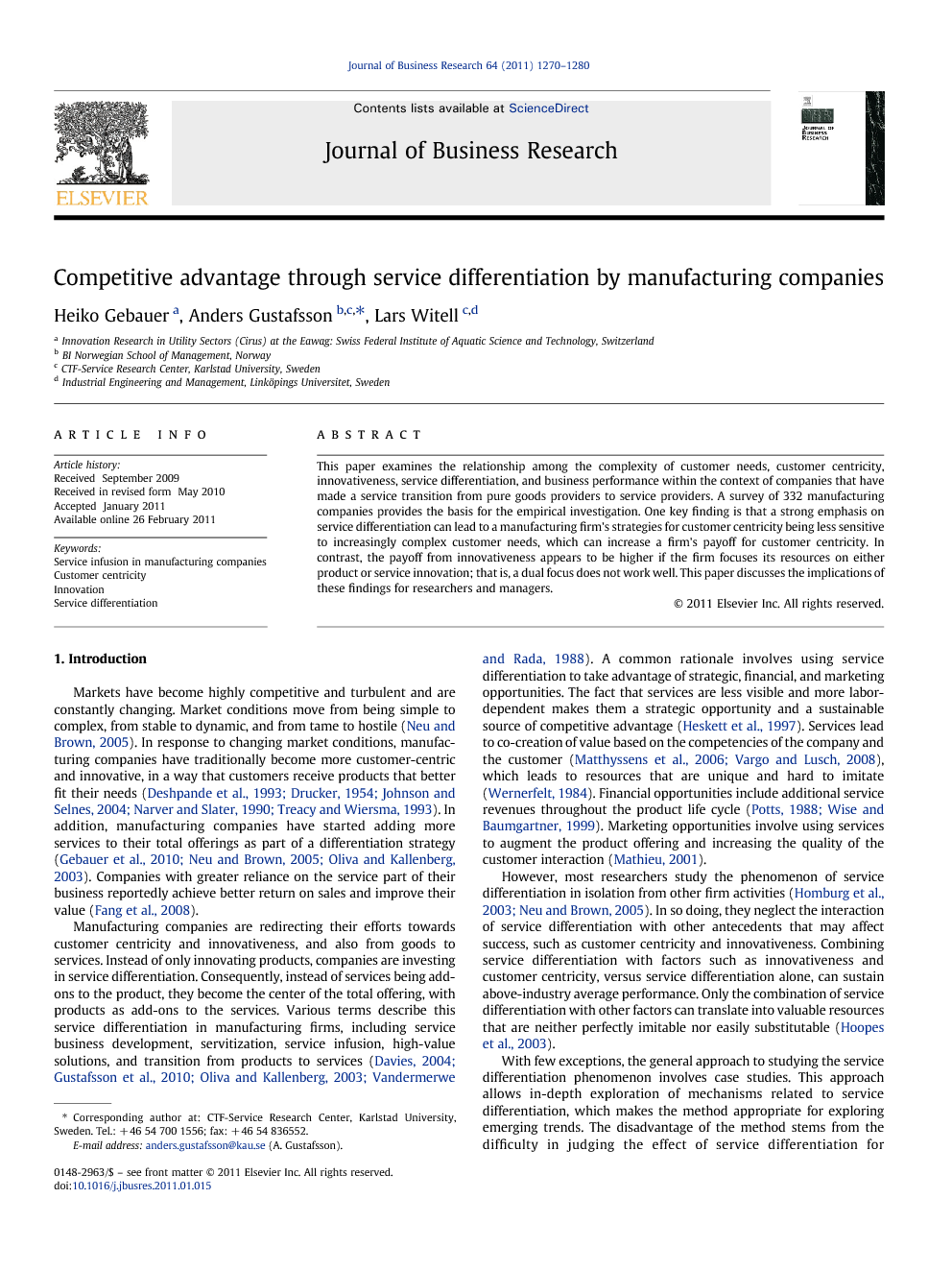 This paper examines the relationship among the complexity of customer needs, customer centricity, innovativeness, service differentiation, and business performance within the context of companies that have made a service transition from pure goods providers to service providers. A survey of 332 manufacturing companies provides the basis for the empirical investigation. One key finding is that a strong emphasis on service differentiation can lead to a manufacturing firm's strategies for customer centricity being less sensitive to increasingly complex customer needs, which can increase a firm's payoff for customer centricity. In contrast, the payoff from innovativeness appears to be higher if the firm focuses its resources on either product or service innovation; that is, a dual focus does not work well. This paper discusses the implications of these findings for researchers and managers.