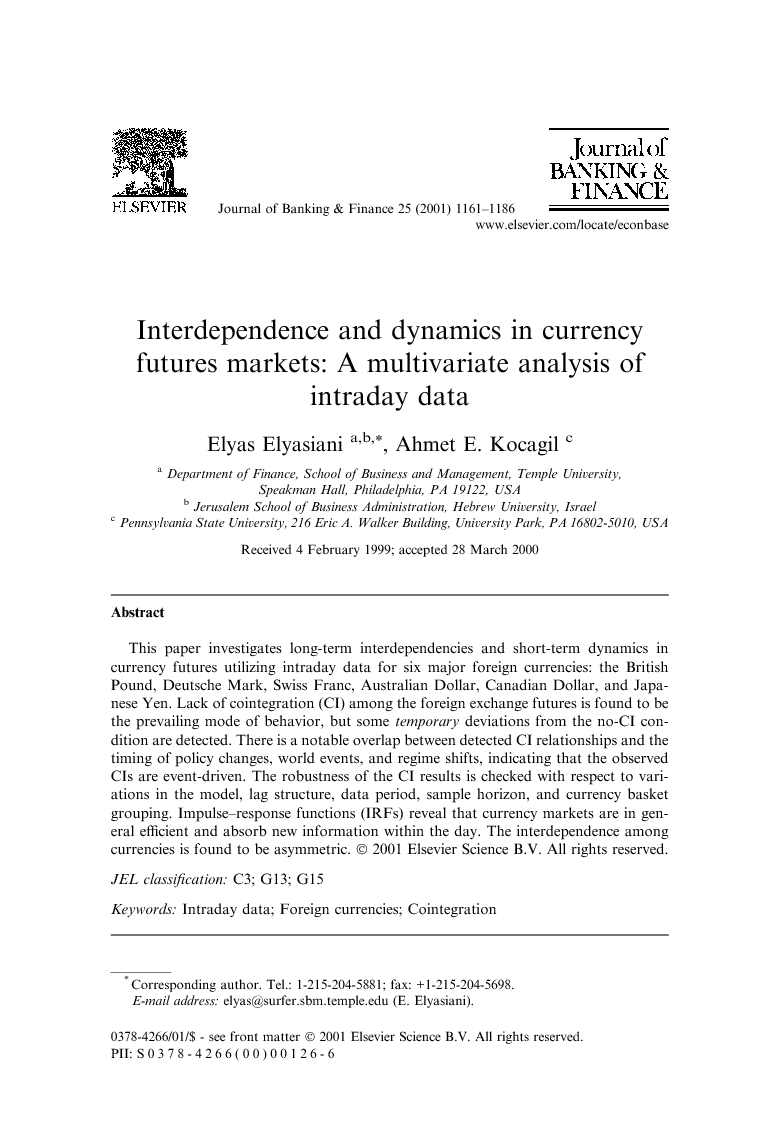 This paper investigates long-term interdependencies and short-term dynamics in currency futures utilizing intraday data for six major foreign currencies: the British Pound, Deutsche Mark, Swiss Franc, Australian Dollar, Canadian Dollar, and Japanese Yen. Lack of cointegration (CI) among the foreign exchange futures is found to be the prevailing mode of behavior, but some temporary deviations from the no-CI condition are detected. There is a notable overlap between detected CI relationships and the timing of policy changes, world events, and regime shifts, indicating that the observed CIs are event-driven. The robustness of the CI results is checked with respect to variations in the model, lag structure, data period, sample horizon, and currency basket grouping. Impulse–response functions (IRFs) reveal that currency markets are in general efficient and absorb new information within the day. The interdependence among currencies is found to be asymmetric.