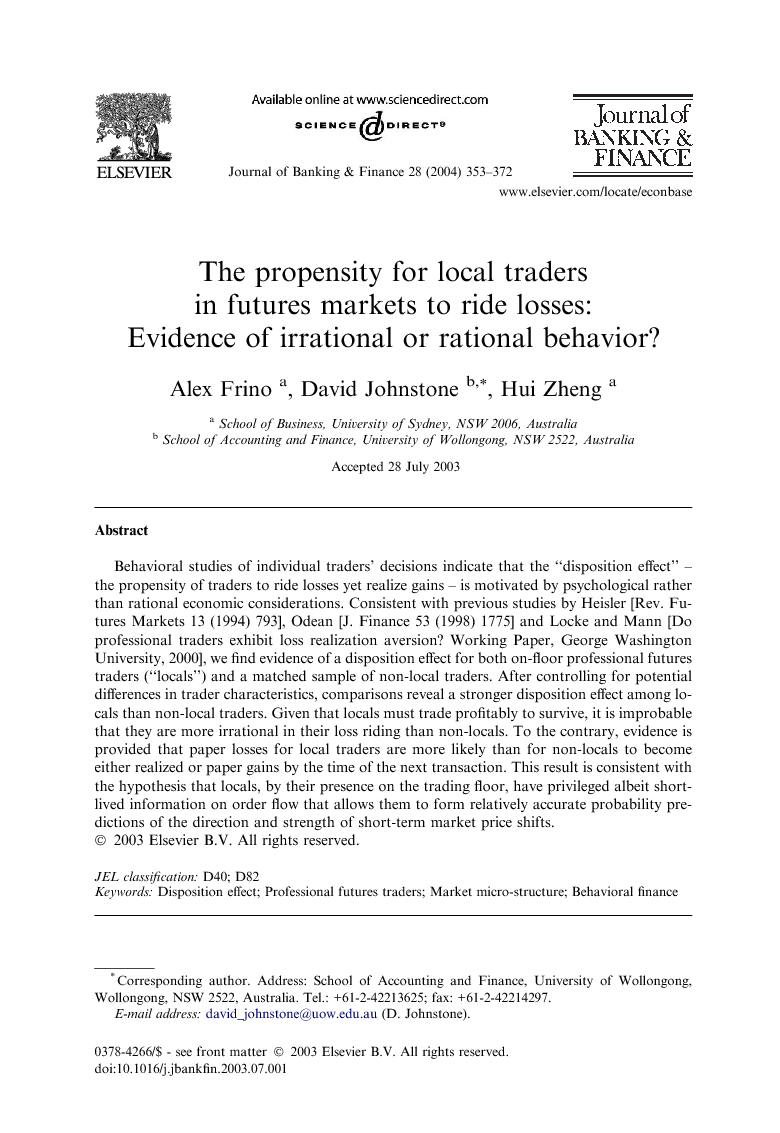 Behavioral studies of individual traders’ decisions indicate that the “disposition effect” – the propensity of traders to ride losses yet realize gains – is motivated by psychological rather than rational economic considerations. Consistent with previous studies by Heisler [Rev. Futures Markets 13 (1994) 793], Odean [J. Finance 53 (1998) 1775] and Locke and Mann [Do professional traders exhibit loss realization aversion? Working Paper, George Washington University, 2000], we find evidence of a disposition effect for both on-floor professional futures traders (“locals”) and a matched sample of non-local traders. After controlling for potential differences in trader characteristics, comparisons reveal a stronger disposition effect among locals than non-local traders. Given that locals must trade profitably to survive, it is improbable that they are more irrational in their loss riding than non-locals. To the contrary, evidence is provided that paper losses for local traders are more likely than for non-locals to become either realized or paper gains by the time of the next transaction. This result is consistent with the hypothesis that locals, by their presence on the trading floor, have privileged albeit short-lived information on order flow that allows them to form relatively accurate probability predictions of the direction and strength of short-term market price shifts.