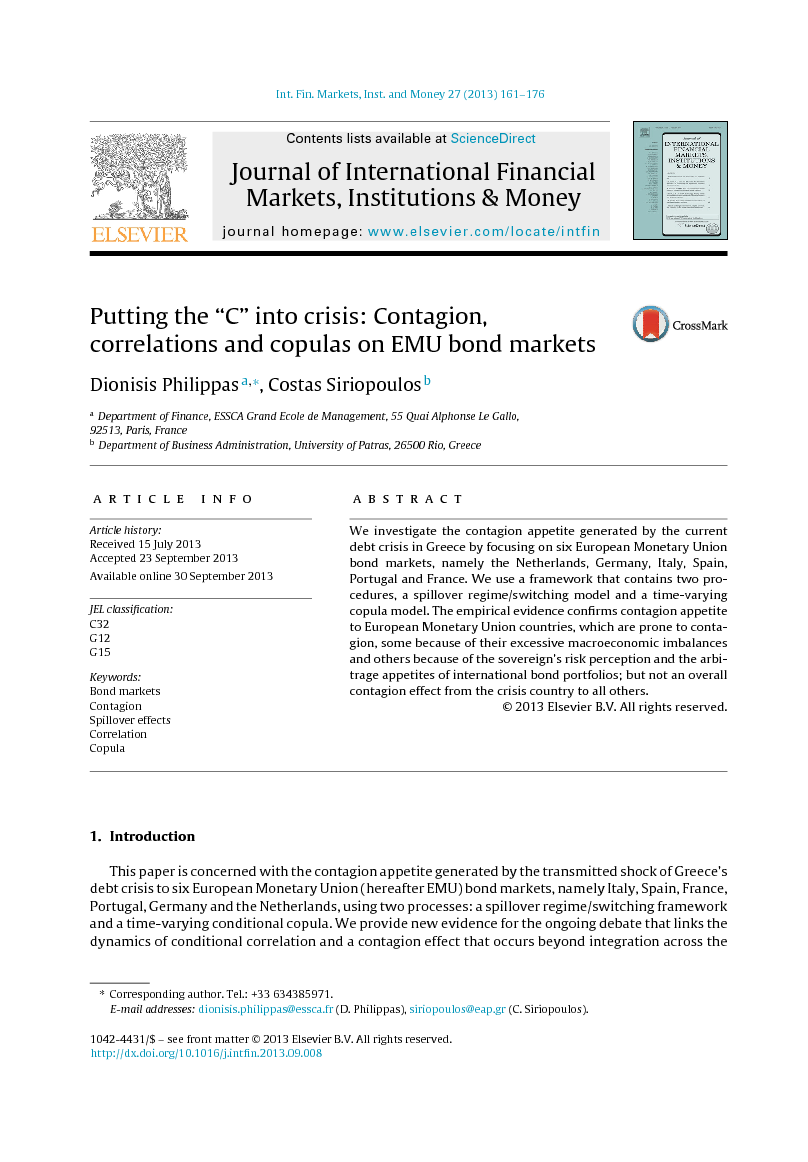 We investigate the contagion appetite generated by the current debt crisis in Greece by focusing on six European Monetary Union bond markets, namely the Netherlands, Germany, Italy, Spain, Portugal and France. We use a framework that contains two procedures, a spillover regime/switching model and a time-varying copula model. The empirical evidence confirms contagion appetite to European Monetary Union countries, which are prone to contagion, some because of their excessive macroeconomic imbalances and others because of the sovereign's risk perception and the arbitrage appetites of international bond portfolios; but not an overall contagion effect from the crisis country to all others.

We investigate whether a contagion appetite appears in EMU bond markets based on the current Greek debt crisis. In this set-up, we propose a spillover regime/switching model and a bivariate conditional copula model for the bond volatilities of six EMU countries and Greece, during the recent European debt crisis. The empirical evidence confirms a contagion appetite effect from the crisis country to EMU countries. Summarising the empirical findings, we argue that there are forms of contagion within EMU bond markets caused by the current debt crisis. International portfolios discriminate EMU bond markets and pay arbitrary attention to cross-market correlation dynamics within the Eurozone, based not only on their excess macroeconomic and fiscal performances but also driven by behavioural reasons, as a function of time, without taking into account the umbrella of EMU integration. The linkages of bond markets show widespread evidence of this asymmetry, structural changes are spreading to the EMU bond markets with different order of magnitude, while different tail dependence imply that the probability of markets crashing together, because of an overall type of contagion, is not high during periods of financial turmoil.