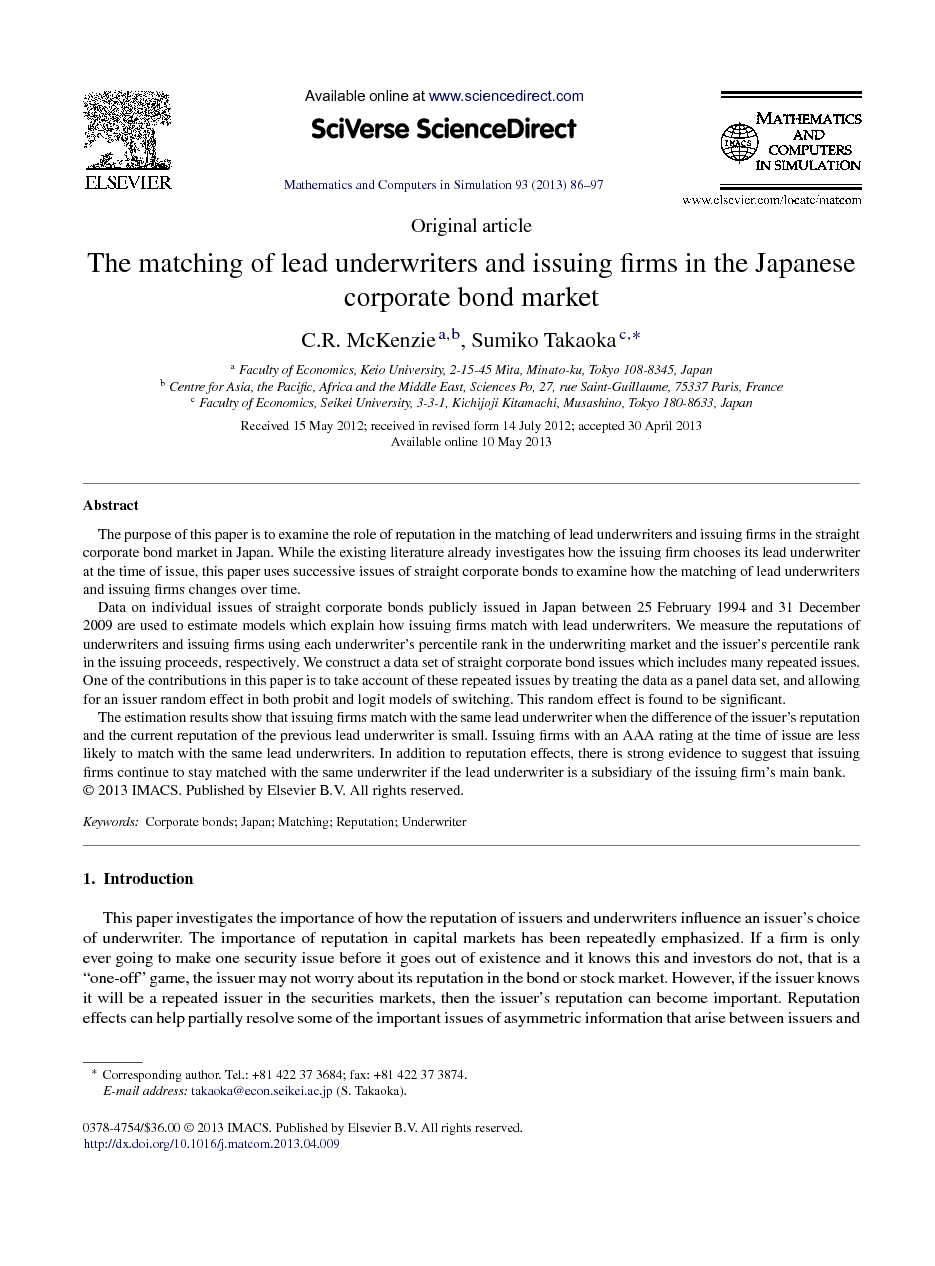 This paper investigates the matching of underwriters and issuing firms over time using a sample of bond issues that contains many repeated bonds issue. The evidence presented supports both the presence of transaction-based and relationship-based matching. The reputations of both the issuing firm and the lead underwriter used for the most recent past issue influence whether or not switching of lead underwriters occurs. There is strong evidence to suggest that issuing firms continue to stay matched with the same underwriter if the lead underwriter is a subsidiary of the issuing firm's main bank. This means that conflicts of interest may occur between issuing firms and their main bank, and require the continued existence of firewall regulation to separate the traditional banking activities like lending/deposit taking, and investment banking activities like securities underwriting. There is only weak evidence to suggest that the impact of relationship-based matching has declined over the sample period. While the main bank system might be argued to be an unusual or unique feature of the Japanese financial system, our results highlighting the importance of relationship-based matching are likely to be relevant in other countries where relationship banking is seen to be important, for example, Germany and South Korea, and could well be important in the United States as well.