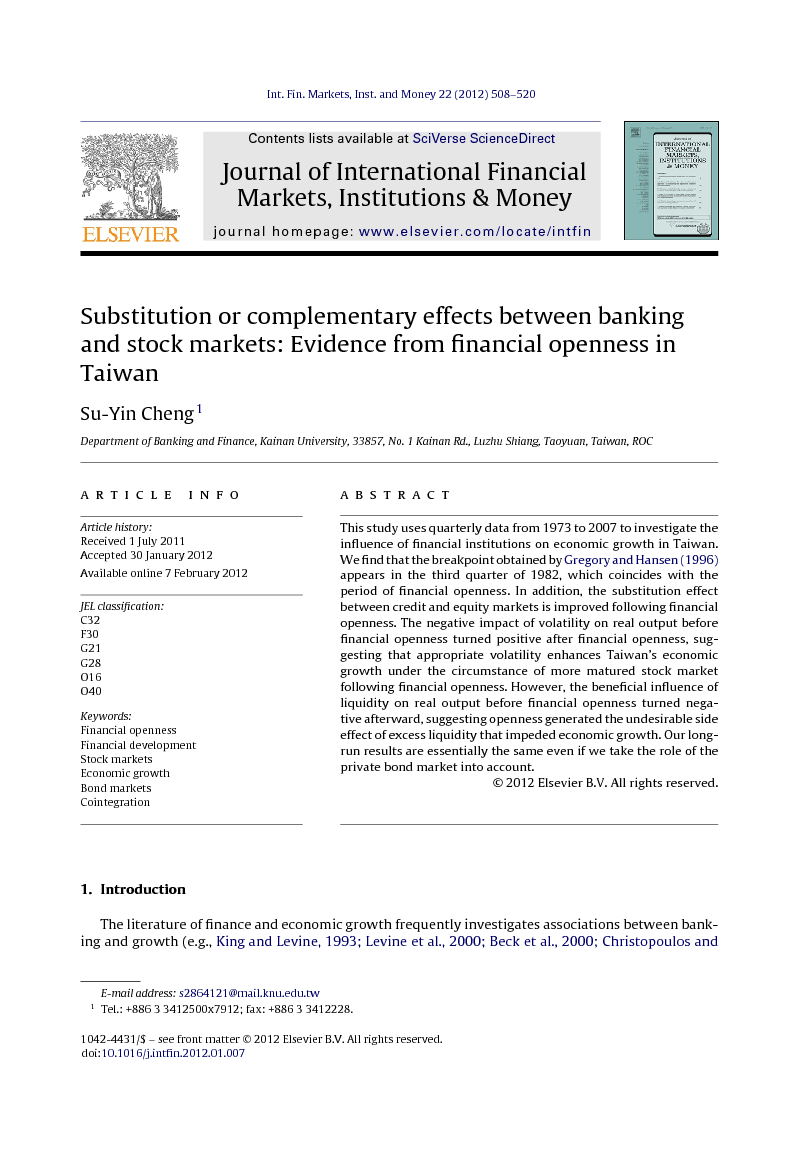 This study applied quarterly data from 1973 to 2007 to investigate the impact of financial institutions on economic growth in Taiwan, with emphases on the possibility of a structural break and the link between credit and equity markets. We obtained several noteworthy results. First, the breakpoint obtained by Gregory and Hansen (1996) appears in the third quarter of 1982, which coincides with the period of financial openness. Second, the substitution effect between credit and equity markets is improved following financial openness, suggesting that financial openness help undermine these two markets to grapple with limited resources. That is, stock markets and banks provide different services, and policymakers need not afflict the former to advance the latter. Third, the negative relation between volatility and economic growth before openness turned positive after openness. This implies that under the circumstance of more mature stock market after financial openness, appropriate return volatility in the stock market efficiently reflects the effects of new information in an efficient stock market. These promote economic growth. Finally, the positive association between liquidity and economic growth before openness soured afterward, suggesting undesirable side effects of excess liquidity.