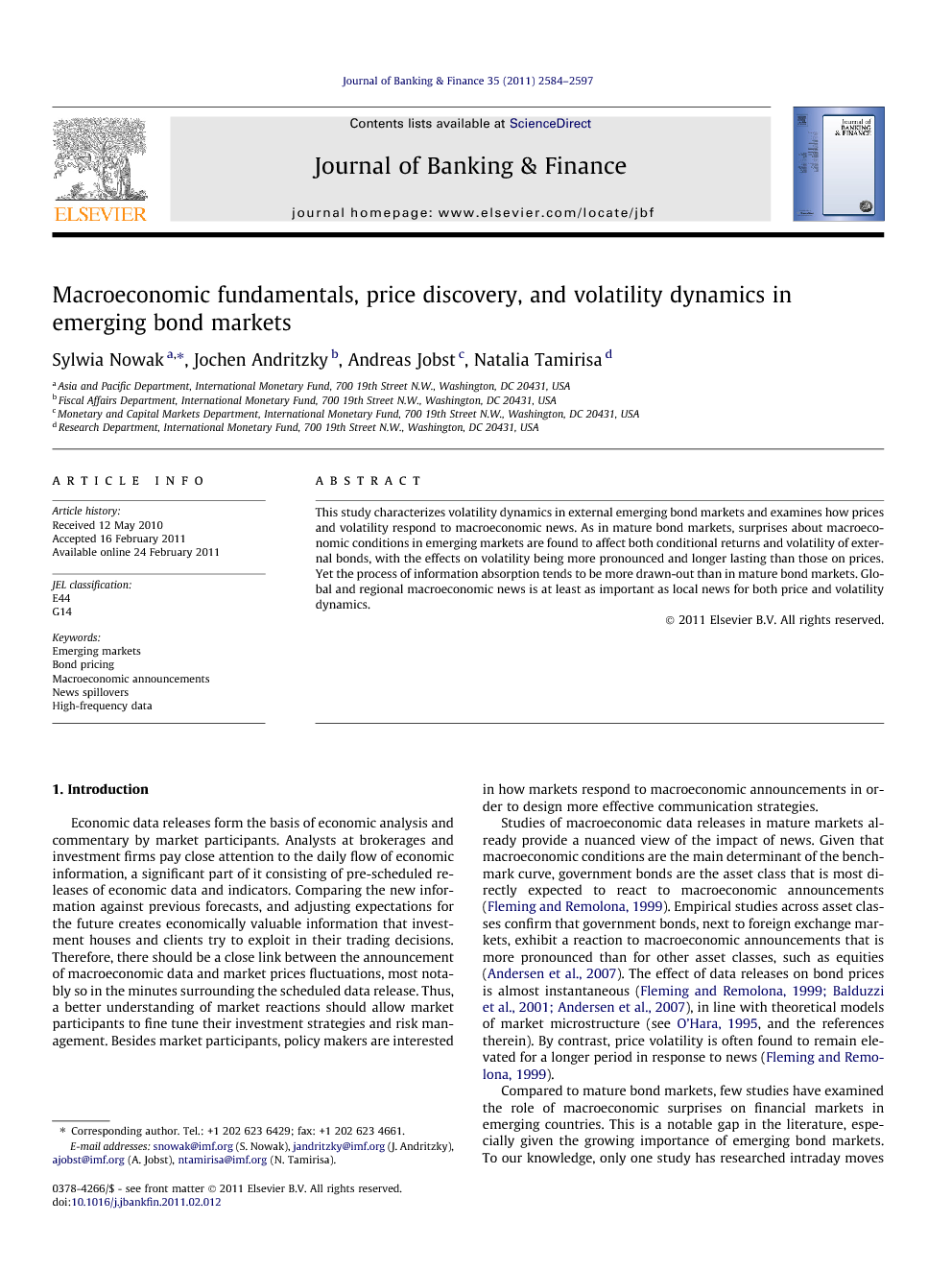 This study is among the first to provide systematic evidence of the volatility dynamics of emerging bond markets and the role of macroeconomic fundamentals in the price discovery process in these markets. The analysis of intraday data for selected external emerging market bonds finds that the immediate price response to macroeconomic announcements is similar to that in mature markets in that it is nearly instantaneous. News is absorbed within five to 10 min and not protracted as the lower liquidity in emerging market bonds may suggest. Like mature markets, the short-lived repricing process is accompanied by a prolonged period of elevated trading activity as investors reposition their portfolios. However, for emerging market bonds this process is more drawn-out. Volatility remains elevated for more than 2 h after announcements—about twice as long as in mature bond markets. These effects are significant despite generally higher volatility in emerging bond markets, and clearly discernible from the intraday volatility pattern which shows similar features as in mature bond markets. Global and regional news tends to be at least as important as local news for emerging bond markets, pointing to close links between emerging and mature economies and the importance of global macroeconomic fundamentals for the performance of foreign currency-denominated emerging market assets. We do not find evidence that a simultaneous release of several macroeconomic indicators triggers a more pronounced volatility response than do separate releases of individual indicators. Our evidence from Turkey suggests that joint releases of several indicators cause a delayed response. It appears that market reaction weakens when indicators are released at random times during the day or do not follow a preannounced release schedule, as is the case for Russia. We also identify asymmetric effects of good versus bad news, which are often observed in mature markets. Also, US macroeconomic data releases that contain large surprises have a disproportionately large impact, while the same does not hold for local news surprises.