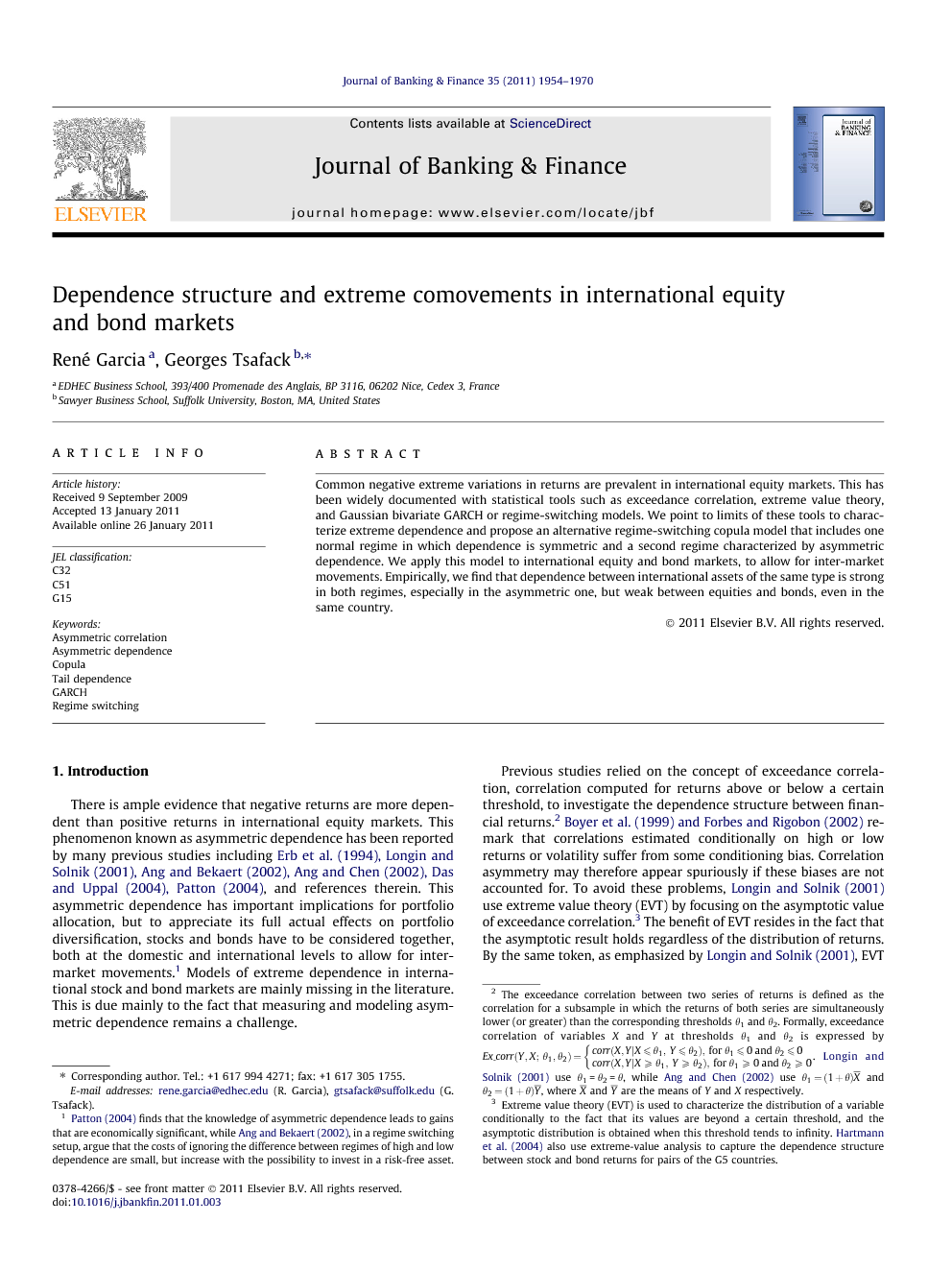 Common negative extreme variations in returns are prevalent in international equity markets. This has been widely documented with statistical tools such as exceedance correlation, extreme value theory, and Gaussian bivariate GARCH or regime-switching models. We point to limits of these tools to characterize extreme dependence and propose an alternative regime-switching copula model that includes one normal regime in which dependence is symmetric and a second regime characterized by asymmetric dependence. We apply this model to international equity and bond markets, to allow for inter-market movements. Empirically, we find that dependence between international assets of the same type is strong in both regimes, especially in the asymmetric one, but weak between equities and bonds, even in the same country.

We propose a copula-based model of extreme dependence asymmetry that can rationalize the stylized facts put forward by Longin and Solnik. We apply it to the characterization of the extreme dependence in the equity and bond markets of two pairs of countries, the United States and Canada and France and Germany respectively. We capture the well-known strong asymmetric behavior across equity markets, but we also put forward a similar pattern in bond markets. The proposed model allows us to discover a relationship between the filtered probabilities to be in the asymmetric regime and the volatility of exchange rates. This is not possible with the extreme value approach of Longin and Solnik (2001) since only the tails of the distributions are modeled. While useful for extreme risk management, our model has limits for capturing dependence across markets, where the dependence is less strong. Since the exchange rate volatility may be a factor behind the asymmetric behavior of international equity and bond market dependence, it will be interesting to extend the model to incorporate the exchange rate in order to study the portfolio of an international investor. Moreover, the asymmetry put forward between positive and negative extreme returns suggests to investigate the behavior of an investor endowed with disappointment aversion preferences as in Ang et al. (2006).