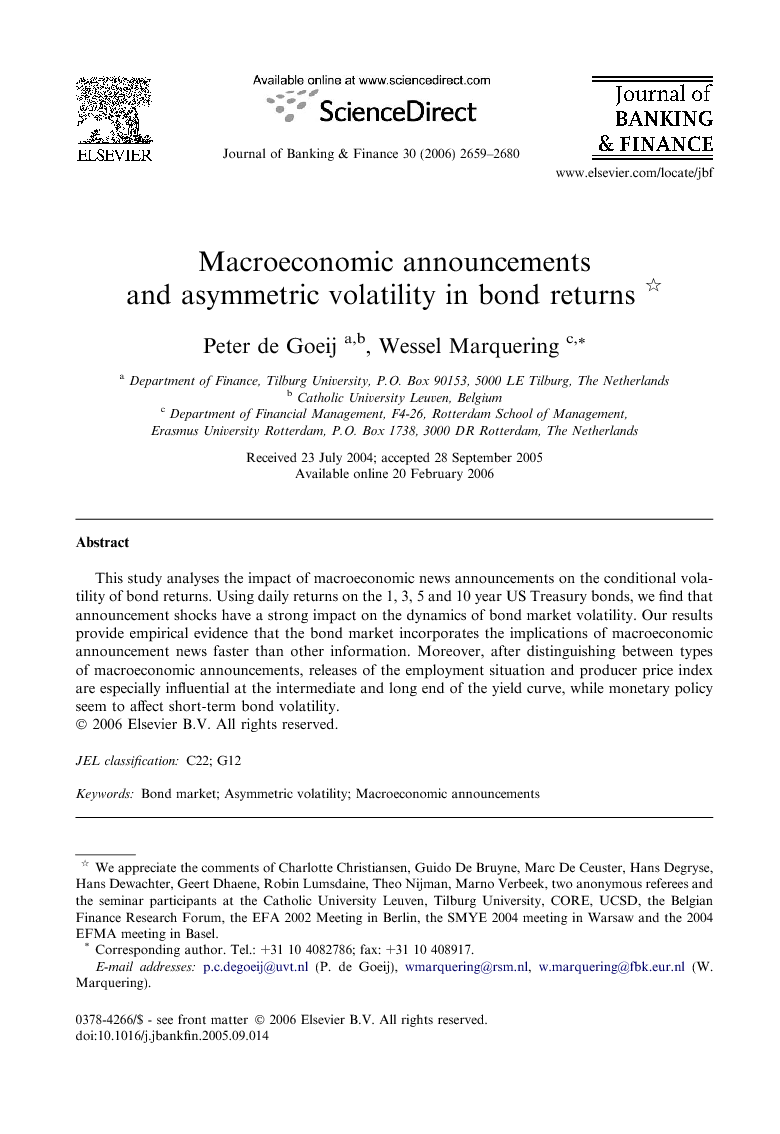 This study analyses the impact of macroeconomic news announcements on the conditional volatility of bond returns. Using daily returns on the 1, 3, 5 and 10 year US Treasury bonds, we find that announcement shocks have a strong impact on the dynamics of bond market volatility. Our results provide empirical evidence that the bond market incorporates the implications of macroeconomic announcement news faster than other information. Moreover, after distinguishing between types of macroeconomic announcements, releases of the employment situation and producer price index are especially influential at the intermediate and long end of the yield curve, while monetary policy seem to affect short-term bond volatility.