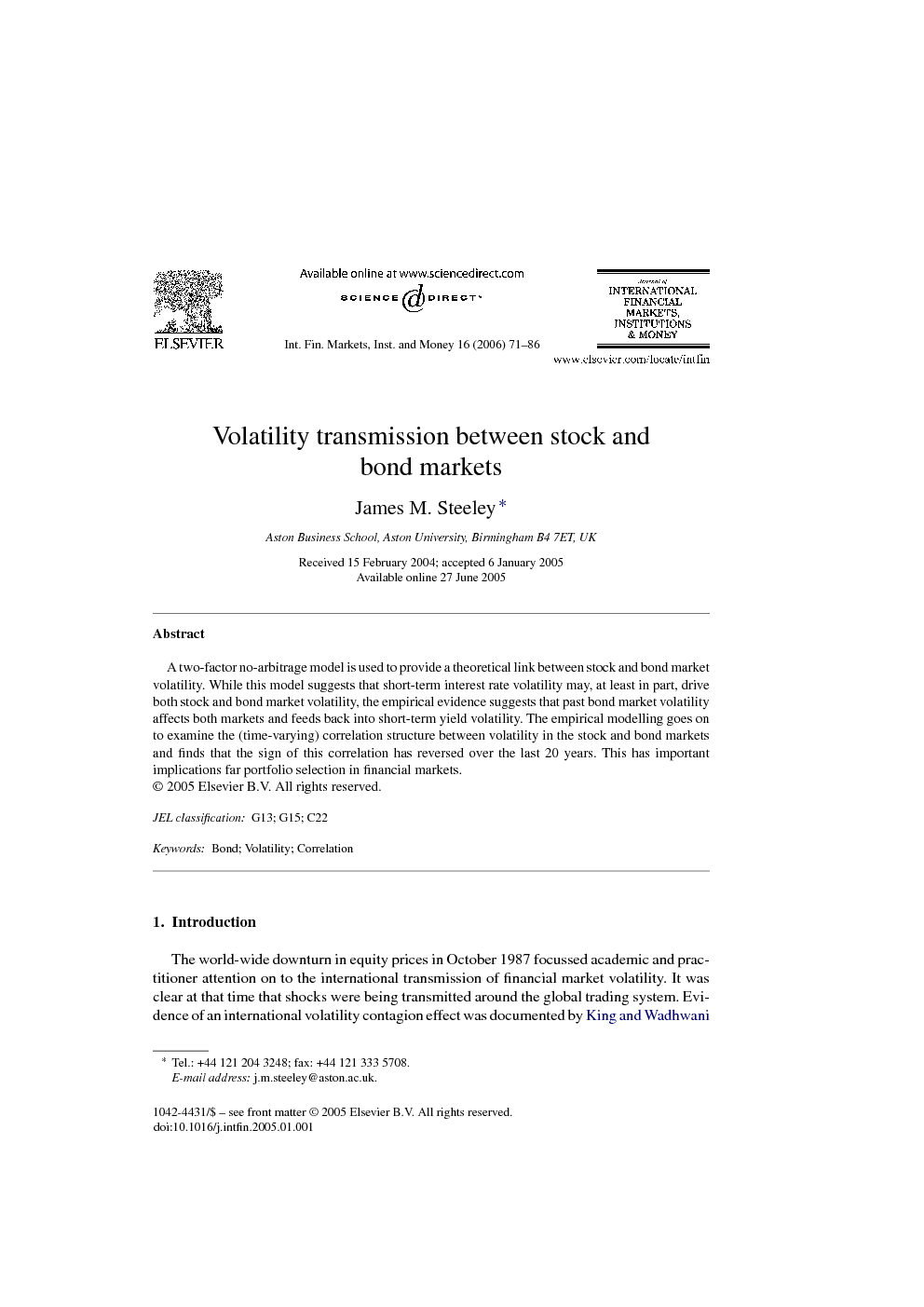 In this study, a theoretical model was used to provide the basis for examining the links between the volatility of short-term yield, long-term bond yields and stock returns. The empirical analysis used a GARCH framework that permitted richer structures than could be analysed using the theoretical model. In particular, the impact of dynamic spillovers and time-varying correlations among the volatility processes could be examined. The time-varying correlations used a non-parametric smooth transition process that allowed the correlation between market shocks to evolve across the sample period. Using data for the UK stock and bond markets, it was found that the correlation between short-term yield shocks and long term bona yield shocks was relatively stable during the sample period, while the correlation between each of these markets and the equity market reversed sign. This clearly has important implications regarding the increased hedging potential of the bond market in recent years, as the correlations among market shocks are now strongly significantly negative. It also makes apparent the importance of permitting correlation structures to evolve within empirical specifications. While this paper has considered only one country, it could easily be applied to other countries, and across countries, where modelling time varying correlation structures is also likely to be a key factor. Such applications are left for future research.