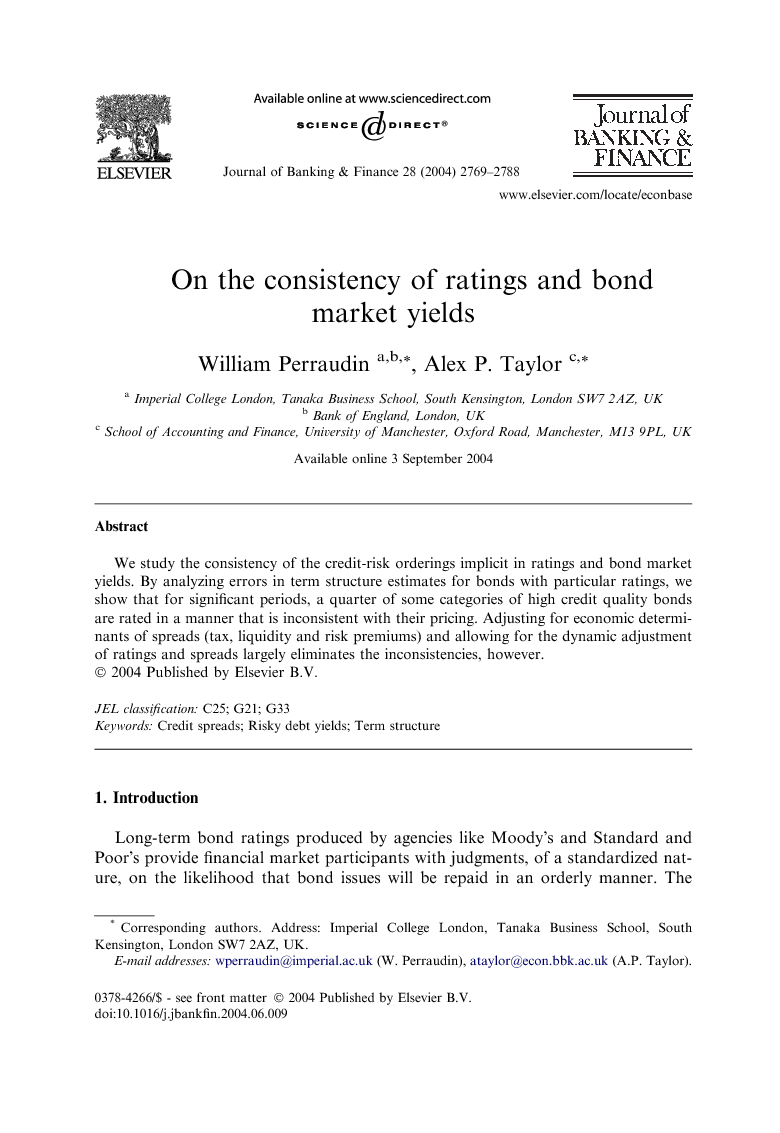 We study the consistency of the credit-risk orderings implicit in ratings and bond market yields. By analyzing errors in term structure estimates for bonds with particular ratings, we show that for significant periods, a quarter of some categories of high credit quality bonds are rated in a manner that is inconsistent with their pricing. Adjusting for economic determinants of spreads (tax, liquidity and risk premiums) and allowing for the dynamic adjustment of ratings and spreads largely eliminates the inconsistencies, however.

In this study, we identify and document substantial differences in the ordering of credit standing implicit in bond market yields and ratings. For example, one quarter of AA-rated bonds have inconsistent prices and ratings. It is possible that the orderings implicit in yields and credit ratings differ even if ratings agencies and bond market participants are correctly evaluating credit quality. This will be the case if risk premiums, tax and liquidity effects are substantial. To adjust for these influences, we regress residuals from defaultable bond term structure fits on risk premium betas and proxies for tax and liquidity effects. Using the fitted part of the regressions to adjust for these effects, we reduce the number of reclassifications significantly. It is also true that the credit quality orderings implicit in ratings and bond spreads are broadly consistent but that they adjust towards each other over time. We examine the rate at which inconsistencies between ratings and spreads are eliminated over time and find that after six months between half and two-thirds of inconsistencies have disappeared. We conclude that allowing (i) for economic determinants of spreads and (ii) for dynamic adjustments, the apparent and very substantial discrepancies between ratings and bond market spreads can be accounted for.