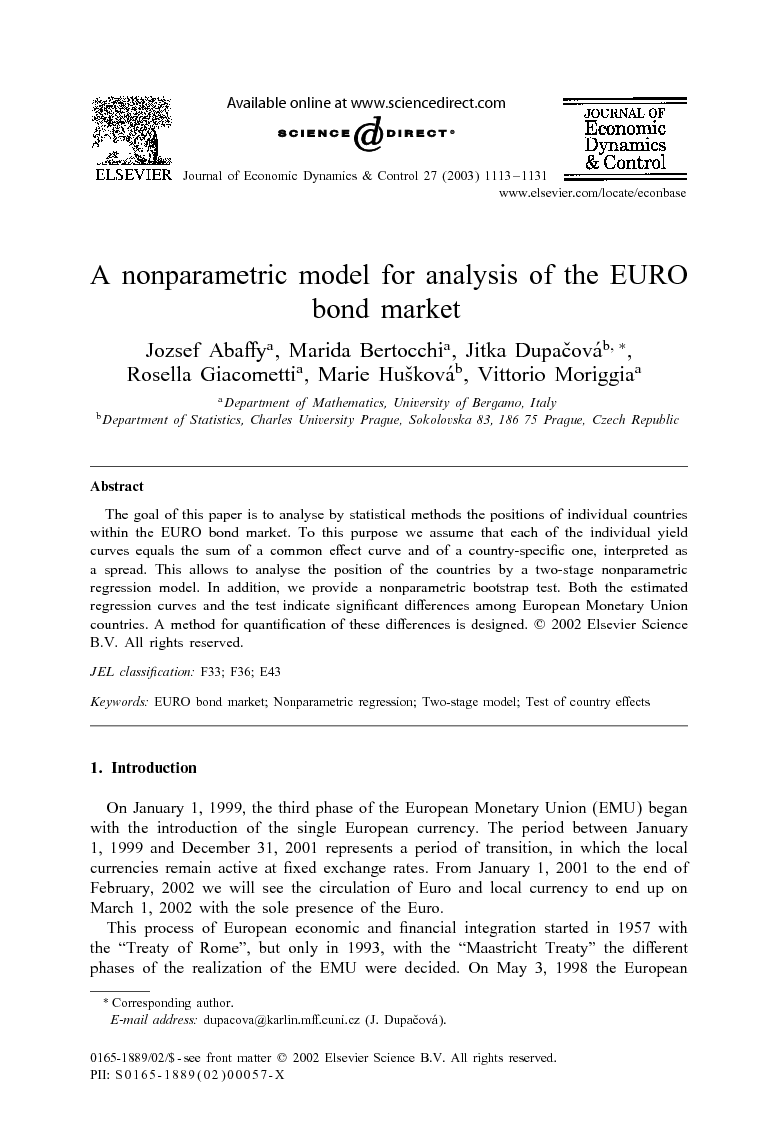 The goal of this paper is to analyse by statistical methods the positions of individual countries within the EURO bond market. To this purpose we assume that each of the individual yield curves equals the sum of a common effect curve and of a country-specific one, interpreted as a spread. This allows to analyse the position of the countries by a two-stage nonparametric regression model. In addition, we provide a nonparametric bootstrap test. Both the estimated regression curves and the test indicate significant differences among European Monetary Union countries. A method for quantification of these differences is designed.

Even when the observed data and, consequently, the results depend on specific market conditions at the considered days, the presented nonparametric estimation and test method allows to analyse the existing integration tendencies and to document and quantify the differences among individual EMU countries at different stages of the integration process. This type of statistical analysis and quantification of differences has been made possible thanks to the available high-performance computer technologies. The presented method itself is not limited solely on analysis of the yield curve. The obtained results may provide a motivation for a subsequent qualitative economic analysis of the EU integration process or possible financial and economic factors which can explain the causes of persisting differences.