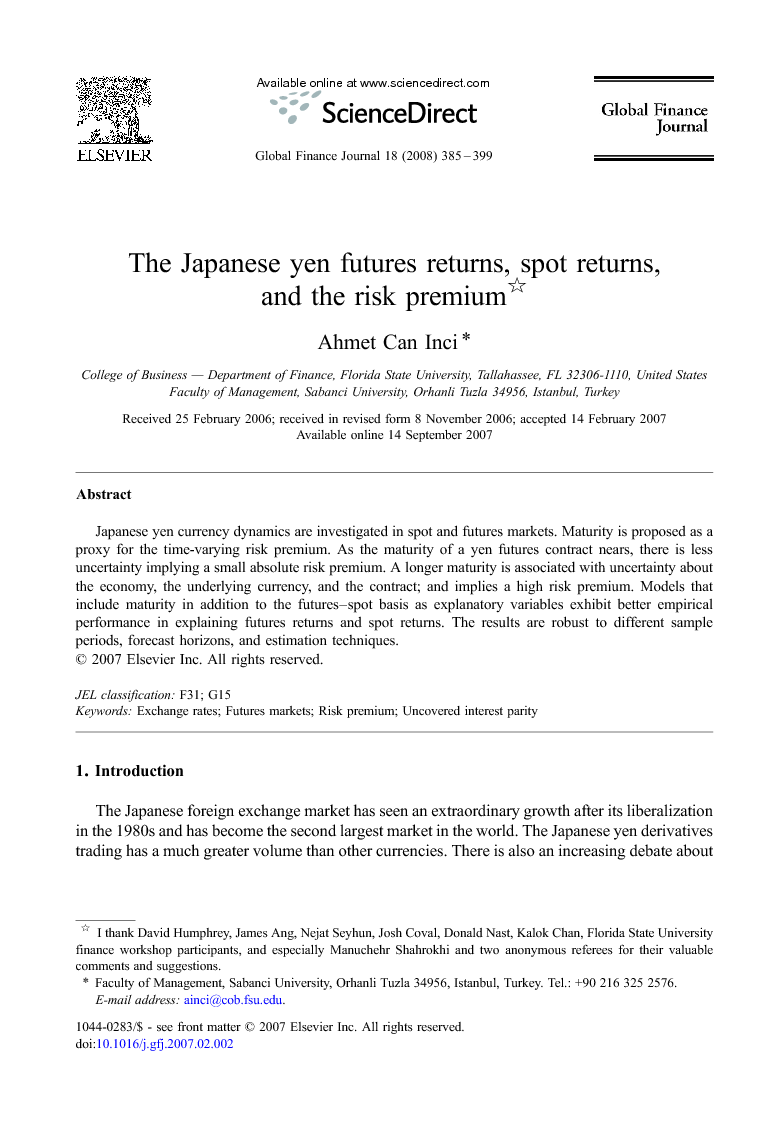 Japanese yen currency dynamics are investigated in spot and futures markets. Maturity is proposed as a proxy for the time-varying risk premium. As the maturity of a yen futures contract nears, there is less uncertainty implying a small absolute risk premium. A longer maturity is associated with uncertainty about the economy, the underlying currency, and the contract; and implies a high risk premium. Models that include maturity in addition to the futures–spot basis as explanatory variables exhibit better empirical performance in explaining futures returns and spot returns. The results are robust to different sample periods, forecast horizons, and estimation techniques.

This study investigates the Japanese yen spot returns and futures returns. The well-known risk premium embedded in currency dynamics is proposed to be time varying and to be related to the maturity of the futures contract on the Japanese yen. To test this proposition, maturity is added as an explanatory variable to the regressions of the spot return on the futures–spot basis, and to the regressions of the futures return on the basis. Maturity is a good proxy for the risk premium as a linear rather than a nonlinear explanatory component. The coefficient on maturity is significant and of correct sign, indicating that longer maturity futures contracts have a higher risk premium. Addition of maturity increases the explanatory power of the regression models as measured by the adjusted R-square and by the AIC. However, the addition of maturity to the regressions does not eliminate the risk premium completely. The results are robust to different sample periods, to different forecast horizons for futures returns, and to GARCH(1,1) innovations in the estimates.