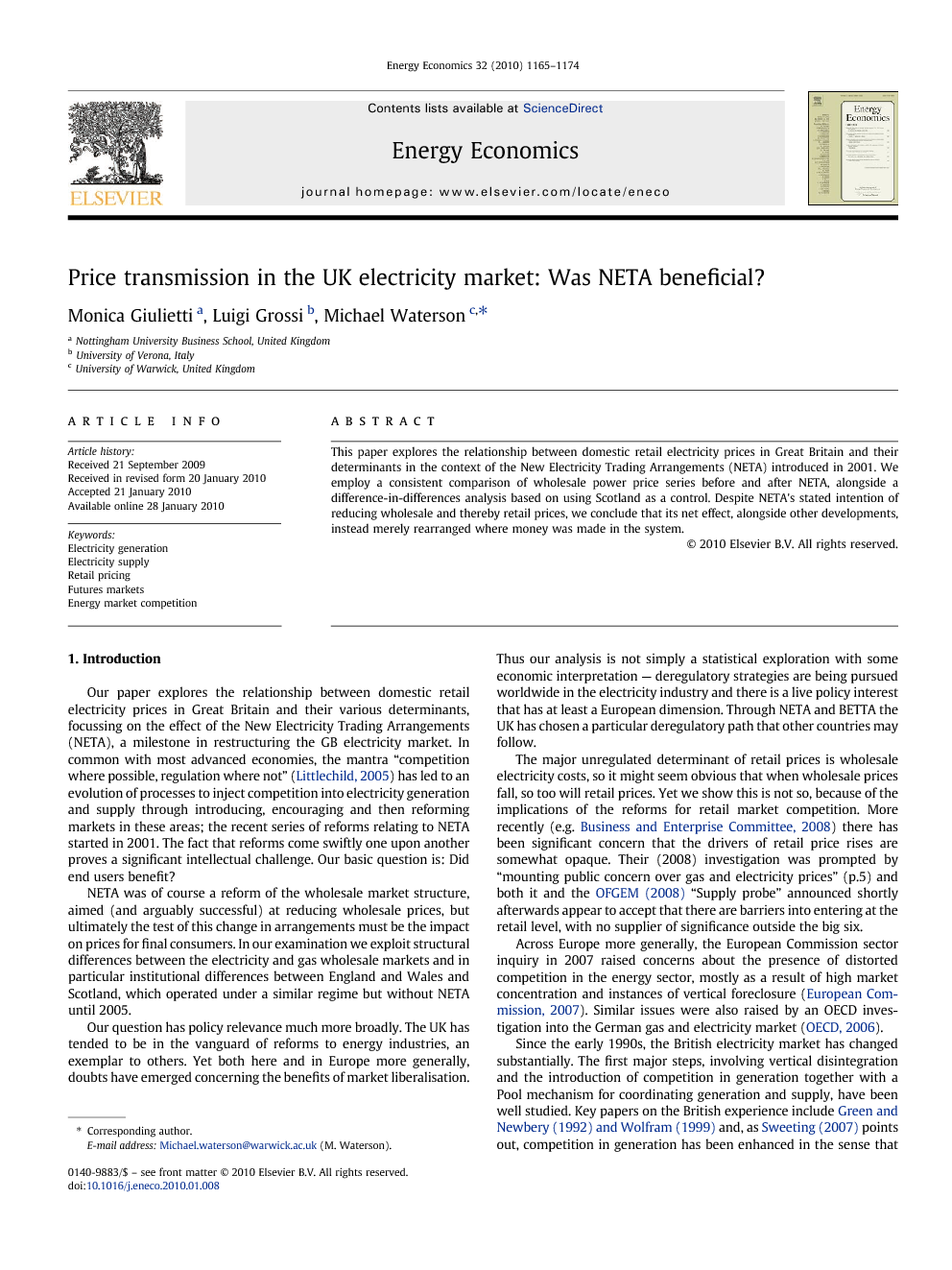 This paper explores the relationship between domestic retail electricity prices in Great Britain and their determinants in the context of the New Electricity Trading Arrangements (NETA) introduced in 2001. We employ a consistent comparison of wholesale power price series before and after NETA, alongside a difference-in-differences analysis based on using Scotland as a control. Despite NETA's stated intention of reducing wholesale and thereby retail prices, we conclude that its net effect, alongside other developments, instead merely rearranged where money was made in the system.