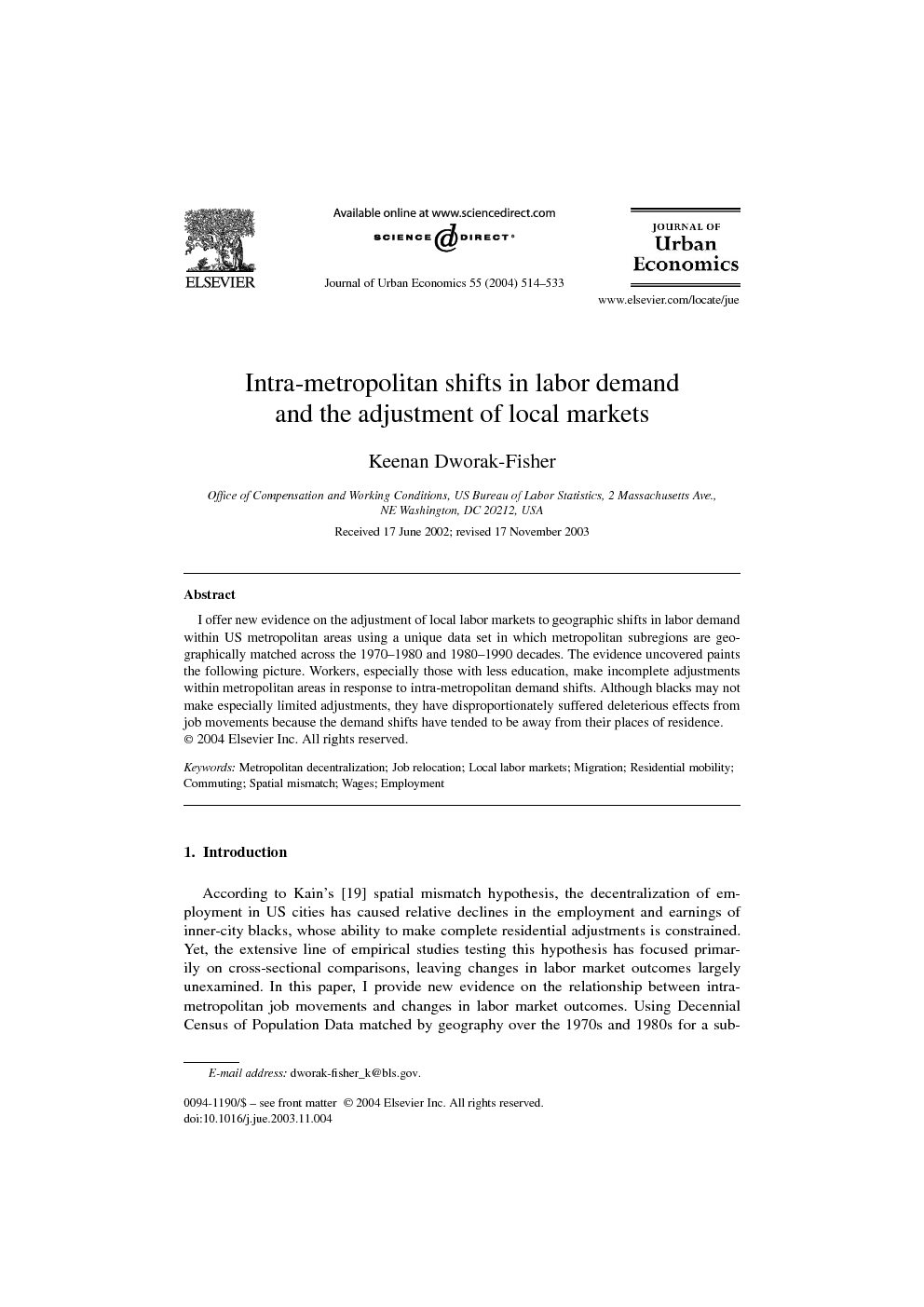 I offer new evidence on the adjustment of local labor markets to geographic shifts in labor demand within US metropolitan areas using a unique data set in which metropolitan subregions are geographically matched across the 1970–1980 and 1980–1990 decades. The evidence uncovered paints the following picture. Workers, especially those with less education, make incomplete adjustments within metropolitan areas in response to intra-metropolitan demand shifts. Although blacks may not make especially limited adjustments, they have disproportionately suffered deleterious effects from job movements because the demand shifts have tended to be away from their places of residence.

In this paper, I have exploited a unique data set matching county groups over decades to characterize the impacts of geographic shifts in labor demand within metropolitan areas. The results show that labor demand shifts over ten-year periods have significant impacts on the geographic distribution of both the employment rates and the wages of metropolitan residents. Additionally, these impacts on both wages and employment rates are greater among the relatively less educated. These results support a number of conclusions. They indicate that the supply of workers between subregions of metropolitan areas is imperfectly elastic, especially among lesseducated workers. They do not, however, consistently show that black workers have less elastic supply between subregions than whites, once other demographic differences are accounted for. Nevertheless, they confirm that job movements within metropolitan areas during the 1970s and 1980s contributed to the deterioration in relative wages and employment rates of blacks, because black residences at the outset were relatively concentrated in areas that had low job growth. The validity of these results rests on the extent to which the data have captured the relevant variation in job opportunities between metropolitan subregions and the sufficiency of the variables included to control for residential sorting. On the first score, this study has improved greatly on previous research by considering changes over time in the job opportunity and labor market outcome measures. These data much more likely capture demand shifts rather than permanent differences between areas in the abundance of jobs. On the second score, the issue of completeness of controls, this study has improved significantly on the few studies that have examined changes in labor market outcomes and opportunities.