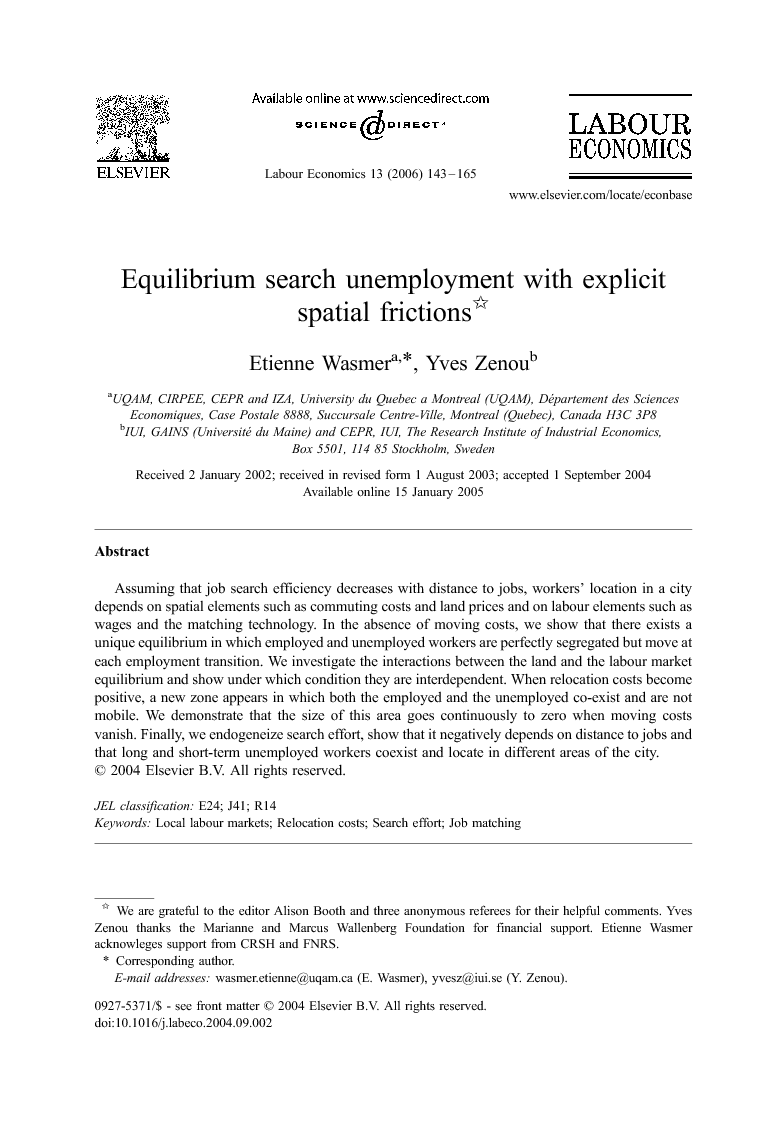 Assuming that job search efficiency decreases with distance to jobs, workers' location in a city depends on spatial elements such as commuting costs and land prices and on labour elements such as wages and the matching technology. In the absence of moving costs, we show that there exists a unique equilibrium in which employed and unemployed workers are perfectly segregated but move at each employment transition. We investigate the interactions between the land and the labour market equilibrium and show under which condition they are interdependent. When relocation costs become positive, a new zone appears in which both the employed and the unemployed co-exist and are not mobile. We demonstrate that the size of this area goes continuously to zero when moving costs vanish. Finally, we endogeneize search effort, show that it negatively depends on distance to jobs and that long and short-term unemployed workers coexist and locate in different areas of the city.

In this paper, we have modelled the important interaction between the spatial dispersion of economic agents and the imperfection in information about economic opportunities. We have first demonstrated that there exists a unique and stable market equilibrium in which both land and labour markets are solved for simultaneously. We have investigated how space affects search by focusing on the interaction between land and labour markets. We have explored the mechanics of causality from the labour market to the land market and reciprocally, and further decomposed unemployment into a spatial part and a spaceless part. We have also shown the importance of relocation costs since it introduces a new area in the city where employed and unemployed workers are immobile. Finally, we have seen that when distance and search effort are complement in the cost function of individuals, long-term and short-term unemployed endogenously emerge and locate in very different location within a city.