عنوان انگلیسی
Local labor market fluctuations and health: Is there a connection and for whom?
دانلود فوری مقاله + سفارش ترجمه 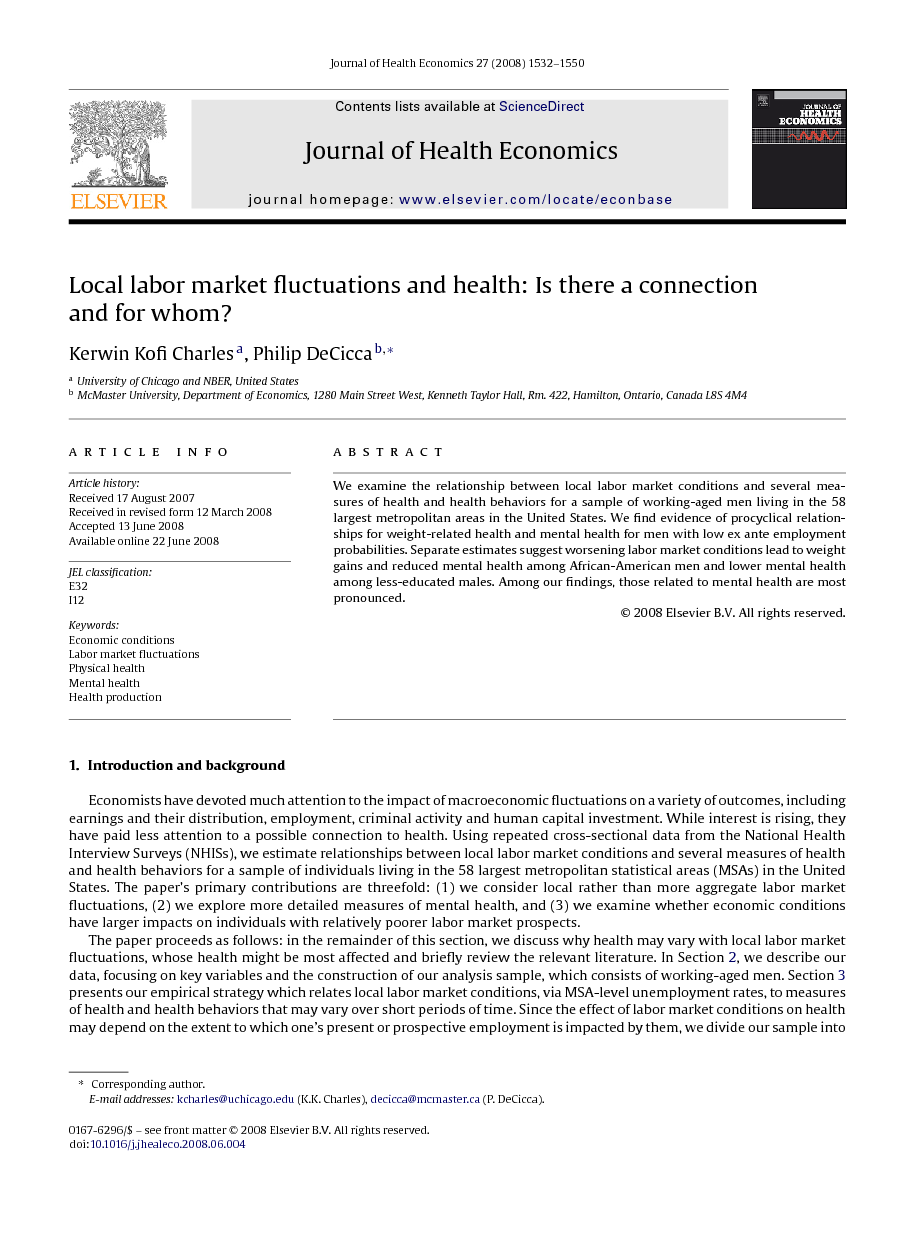 We examine the relationship between local labor market conditions and several measures of health and health behaviors for a sample of working-aged men living in the 58 largest metropolitan areas in the United States. We find evidence of procyclical relationships for weight-related health and mental health for men with low ex ante employment probabilities. Separate estimates suggest worsening labor market conditions lead to weight gains and reduced mental health among African-American men and lower mental health among less-educated males. Among our findings, those related to mental health are most pronounced.

In this paper, we present systematic evidence of procyclical relationships for weight-related health and, especially, mental health for a sample of men living in the 58 largest MSAs in the U.S. We find these relationships are most pronounced for groups previously found to be most affected by changing labor market conditions. In particular, our evidence is most consistent for those least likely to be employed and African-Americans. As discussed, our findings have similarities to and differences with existing work, which suggests that physical health is countercyclical in nature while mental health is procyclical. Given the consistency of the findings regarding mental health, a deeper understanding of the long-run implications of changes in mental health is appropriate. For example, how long does the detrimental effect of worsening labor market conditions reduce mental health? Moreover, do such changes in mental health have implications for longer-run physical health or other non-health issues such as homelessness, illegal drug use or criminal activity, all of which have been linked to mental illness? To the extent possible, such extensions should be examined in future related work.