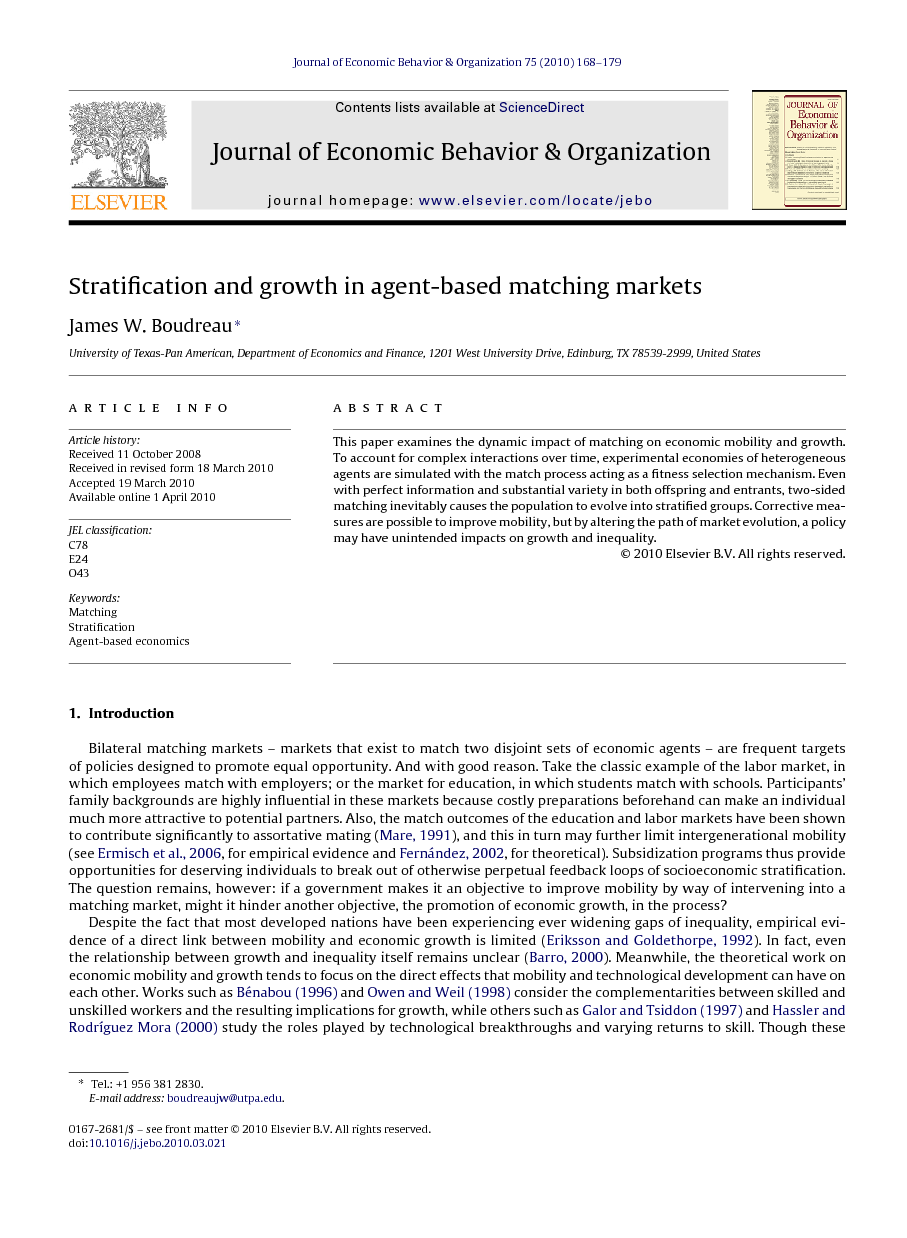 This paper examines the dynamic impact of matching on economic mobility and growth. To account for complex interactions over time, experimental economies of heterogeneous agents are simulated with the match process acting as a fitness selection mechanism. Even with perfect information and substantial variety in both offspring and entrants, two-sided matching inevitably causes the population to evolve into stratified groups. Corrective measures are possible to improve mobility, but by altering the path of market evolution, a policy may have unintended impacts on growth and inequality.