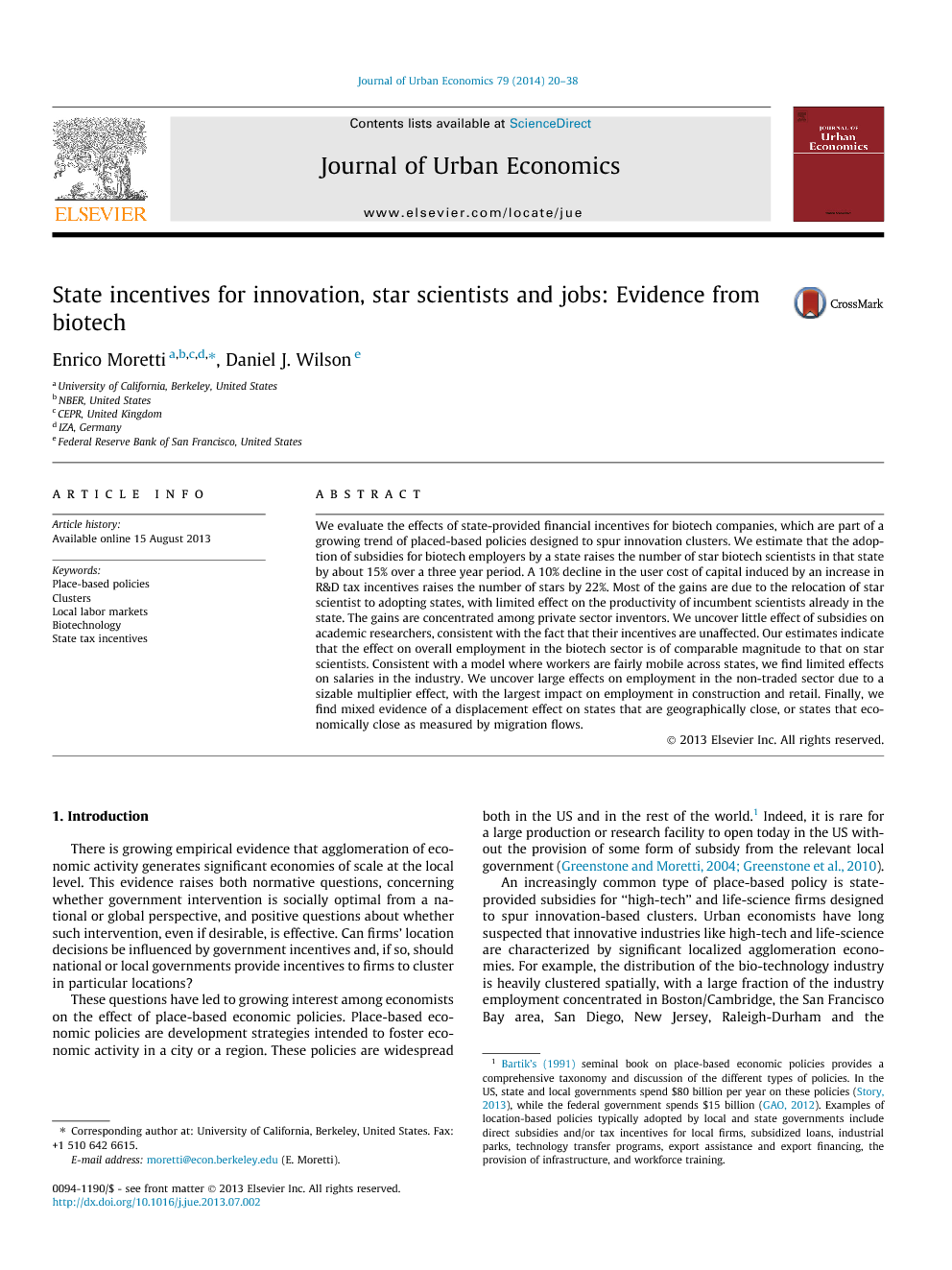 We evaluate the effects of state-provided financial incentives for biotech companies, which are part of a growing trend of placed-based policies designed to spur innovation clusters. We estimate that the adoption of subsidies for biotech employers by a state raises the number of star biotech scientists in that state by about 15% over a three year period. A 10% decline in the user cost of capital induced by an increase in R&D tax incentives raises the number of stars by 22%. Most of the gains are due to the relocation of star scientist to adopting states, with limited effect on the productivity of incumbent scientists already in the state. The gains are concentrated among private sector inventors. We uncover little effect of subsidies on academic researchers, consistent with the fact that their incentives are unaffected. Our estimates indicate that the effect on overall employment in the biotech sector is of comparable magnitude to that on star scientists. Consistent with a model where workers are fairly mobile across states, we find limited effects on salaries in the industry. We uncover large effects on employment in the non-traded sector due to a sizable multiplier effect, with the largest impact on employment in construction and retail. Finally, we find mixed evidence of a displacement effect on states that are geographically close, or states that economically close as measured by migration flows.

States spend billions of dollars to attract R&D activity to their jurisdiction. We shed light on how effective these policies are at attracting jobs in biotech. We find significant increases in the number of star scientists, the number of biotech workers and the number of establishments, but limited effects on salaries and patents. While we think that the timing of the variation in the incentive levels is largely driven by idiosyncratic political factors, we cannot rule out the possibility that it may be endogenous. We stress that the finding that subsidies to biotech R&D raise biotech employment in a state does not tell us whether those subsidies are economically justified. Knowledge of the magnitude, the geographical scope and the direction of localized spillovers is a prerequisite for an appropriate design of an efficient innovation policy.