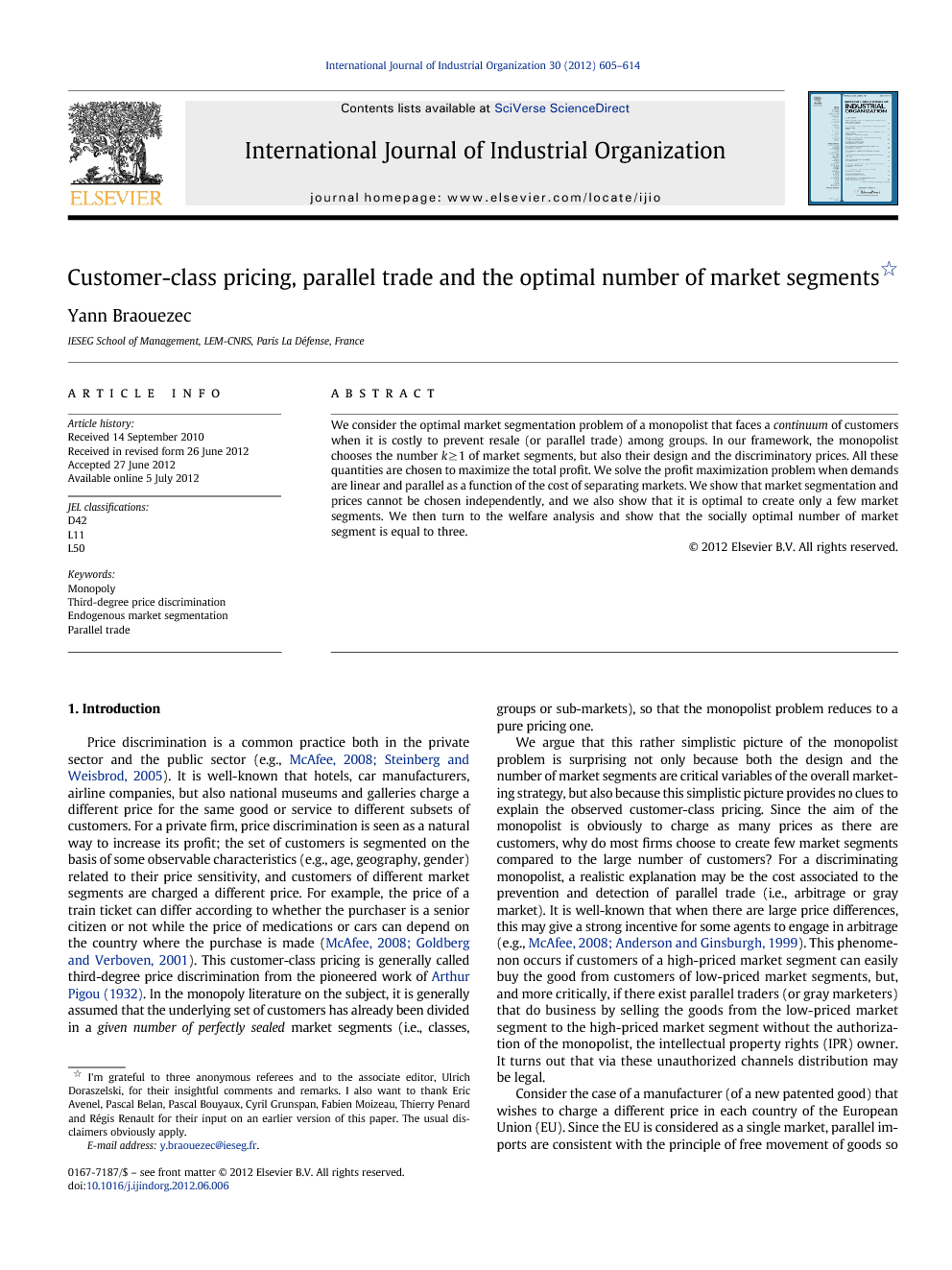 We consider the optimal market segmentation problem of a monopolist that faces a continuum of customers when it is costly to prevent resale (or parallel trade) among groups. In our framework, the monopolist chooses the number k ≥ 1 of market segments, but also their design and the discriminatory prices. All these quantities are chosen to maximize the total profit. We solve the profit maximization problem when demands are linear and parallel as a function of the cost of separating markets. We show that market segmentation and prices cannot be chosen independently, and we also show that it is optimal to create only a few market segments. We then turn to the welfare analysis and show that the socially optimal number of market segment is equal to three.

In this paper, we considered a monopolist that faces a continuum of customers when the number of market segments but their design and the discriminatory prices are also endogenous. In our framework, it is the cost associated to the prevention and detection of parallel trade that constraints the monopolist to segment the set of customers. In a costless environment, the monopolist would charge a different price to different individual customers. One result of this paper has been to show that the number of market segments is a relevant quantity from the monopolist's point of view when it is costly to combat parallel trade, but also from a regulatory point of view, even when parallel trade is not a threat. Contrary to what is sometimes believed, a small amount of discrimination alleviates the distributive distortions generated by uniform pricing. While more research on the subject is necessary, it seems important to point out that we adopted throughout the paper an "industrial organization" approach since we only considered the case of a profit-maximizer monopolist. However, one may also consider market segmentation and price discrimination from a "public economics" point of view. One may, for example, analyze the case in which the regulator maximizes a (possibly weighted) social welfare function under some budget constraints (Hartwick, 1978, Le Grand, 1975 and Steinberg and Weisbrod, 2005) or maximizes the social welfare instead of the total profit (Malueg and Schwartz, 1994). Market segmentation and price discrimination are thus interesting topics at the frontier between industrial organization and public economics.