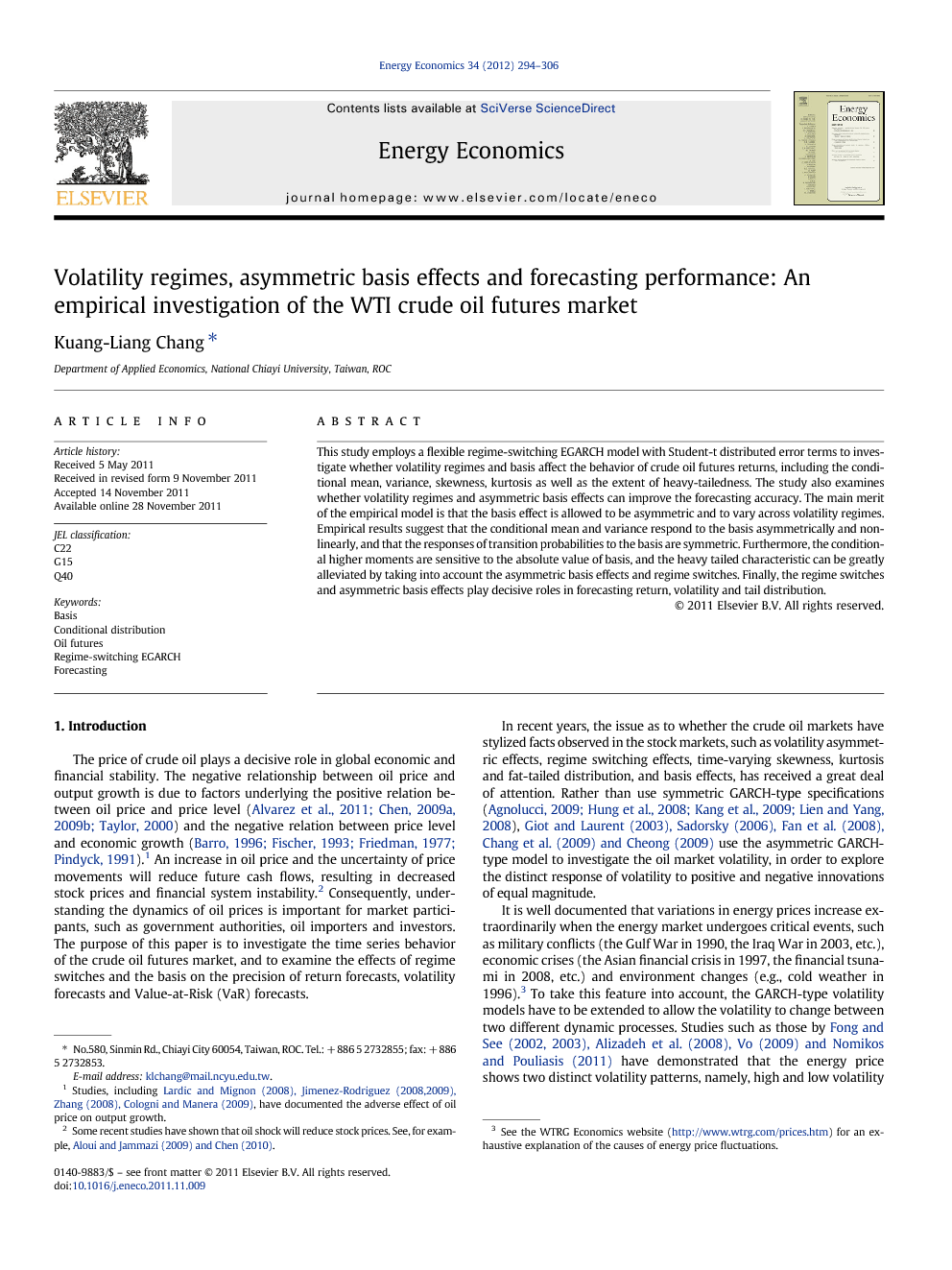 This study employs a flexible regime-switching EGARCH model with Student-t distributed error terms to investigate whether volatility regimes and basis affect the behavior of crude oil futures returns, including the conditional mean, variance, skewness, kurtosis as well as the extent of heavy-tailedness. The study also examines whether volatility regimes and asymmetric basis effects can improve the forecasting accuracy. The main merit of the empirical model is that the basis effect is allowed to be asymmetric and to vary across volatility regimes. Empirical results suggest that the conditional mean and variance respond to the basis asymmetrically and nonlinearly, and that the responses of transition probabilities to the basis are symmetric. Furthermore, the conditional higher moments are sensitive to the absolute value of basis, and the heavy tailed characteristic can be greatly alleviated by taking into account the asymmetric basis effects and regime switches. Finally, the regime switches and asymmetric basis effects play decisive roles in forecasting return, volatility and tail distribution.