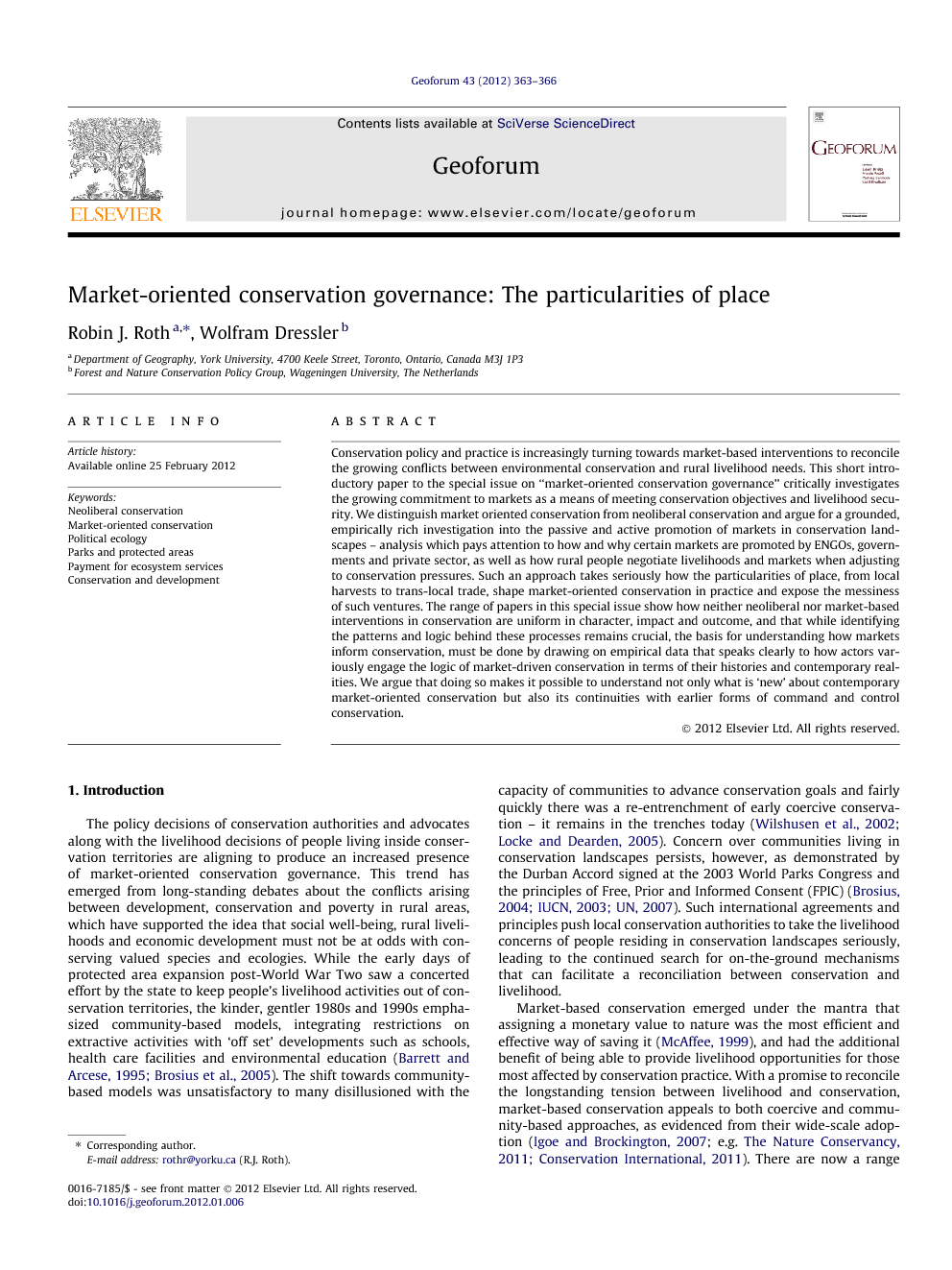 Conservation policy and practice is increasingly turning towards market-based interventions to reconcile the growing conflicts between environmental conservation and rural livelihood needs. This short introductory paper to the special issue on “market-oriented conservation governance” critically investigates the growing commitment to markets as a means of meeting conservation objectives and livelihood security. We distinguish market oriented conservation from neoliberal conservation and argue for a grounded, empirically rich investigation into the passive and active promotion of markets in conservation landscapes – analysis which pays attention to how and why certain markets are promoted by ENGOs, governments and private sector, as well as how rural people negotiate livelihoods and markets when adjusting to conservation pressures. Such an approach takes seriously how the particularities of place, from local harvests to trans-local trade, shape market-oriented conservation in practice and expose the messiness of such ventures. The range of papers in this special issue show how neither neoliberal nor market-based interventions in conservation are uniform in character, impact and outcome, and that while identifying the patterns and logic behind these processes remains crucial, the basis for understanding how markets inform conservation, must be done by drawing on empirical data that speaks clearly to how actors variously engage the logic of market-driven conservation in terms of their histories and contemporary realities. We argue that doing so makes it possible to understand not only what is ‘new’ about contemporary market-oriented conservation but also its continuities with earlier forms of command and control conservation.