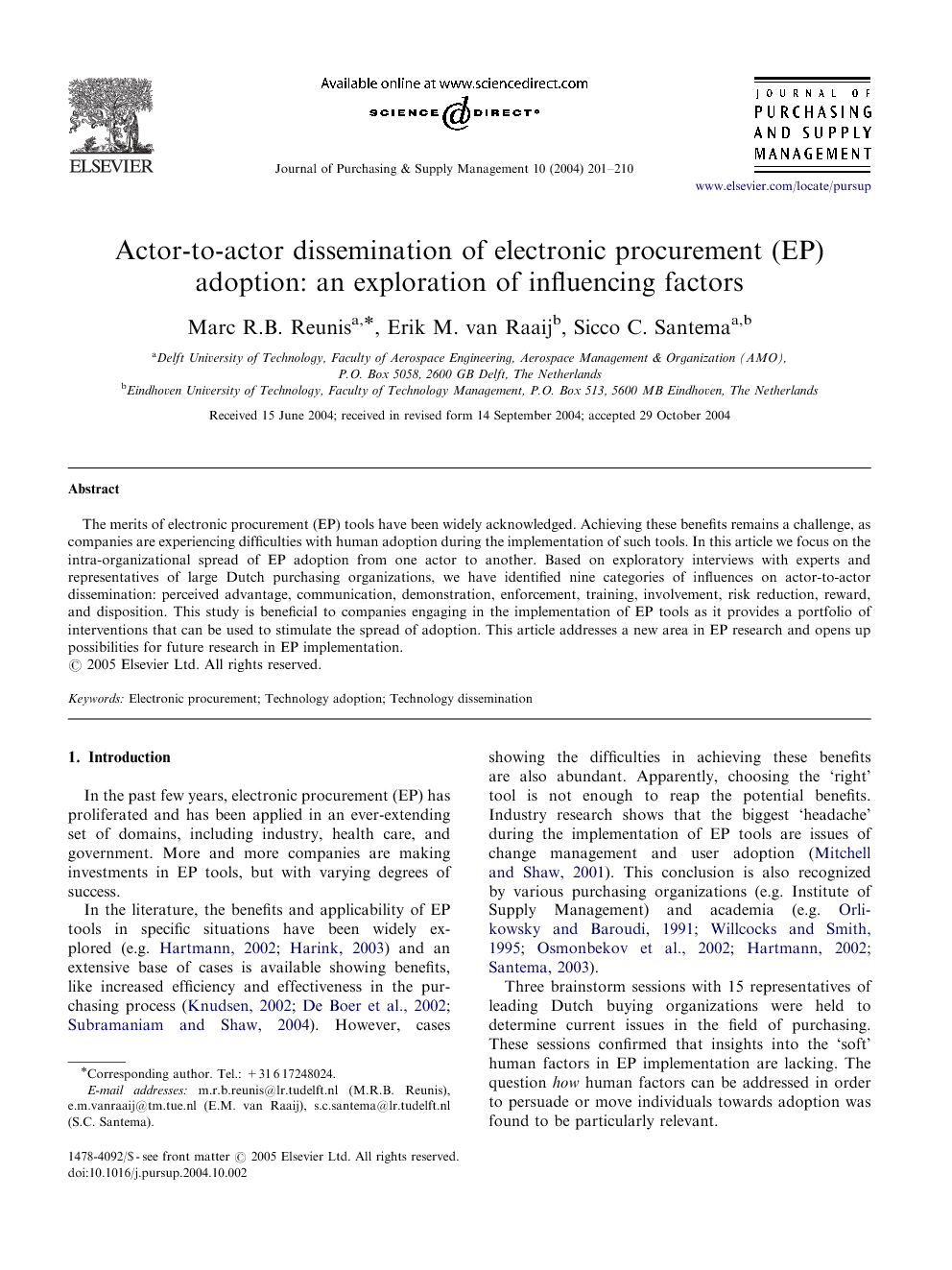 The merits of electronic procurement (EP) tools have been widely acknowledged. Achieving these benefits remains a challenge, as companies are experiencing difficulties with human adoption during the implementation of such tools. In this article we focus on the intra-organizational spread of EP adoption from one actor to another. Based on exploratory interviews with experts and representatives of large Dutch purchasing organizations, we have identified nine categories of influences on actor-to-actor dissemination: perceived advantage, communication, demonstration, enforcement, training, involvement, risk reduction, reward, and disposition. This study is beneficial to companies engaging in the implementation of EP tools as it provides a portfolio of interventions that can be used to stimulate the spread of adoption. This article addresses a new area in EP research and opens up possibilities for future research in EP implementation.