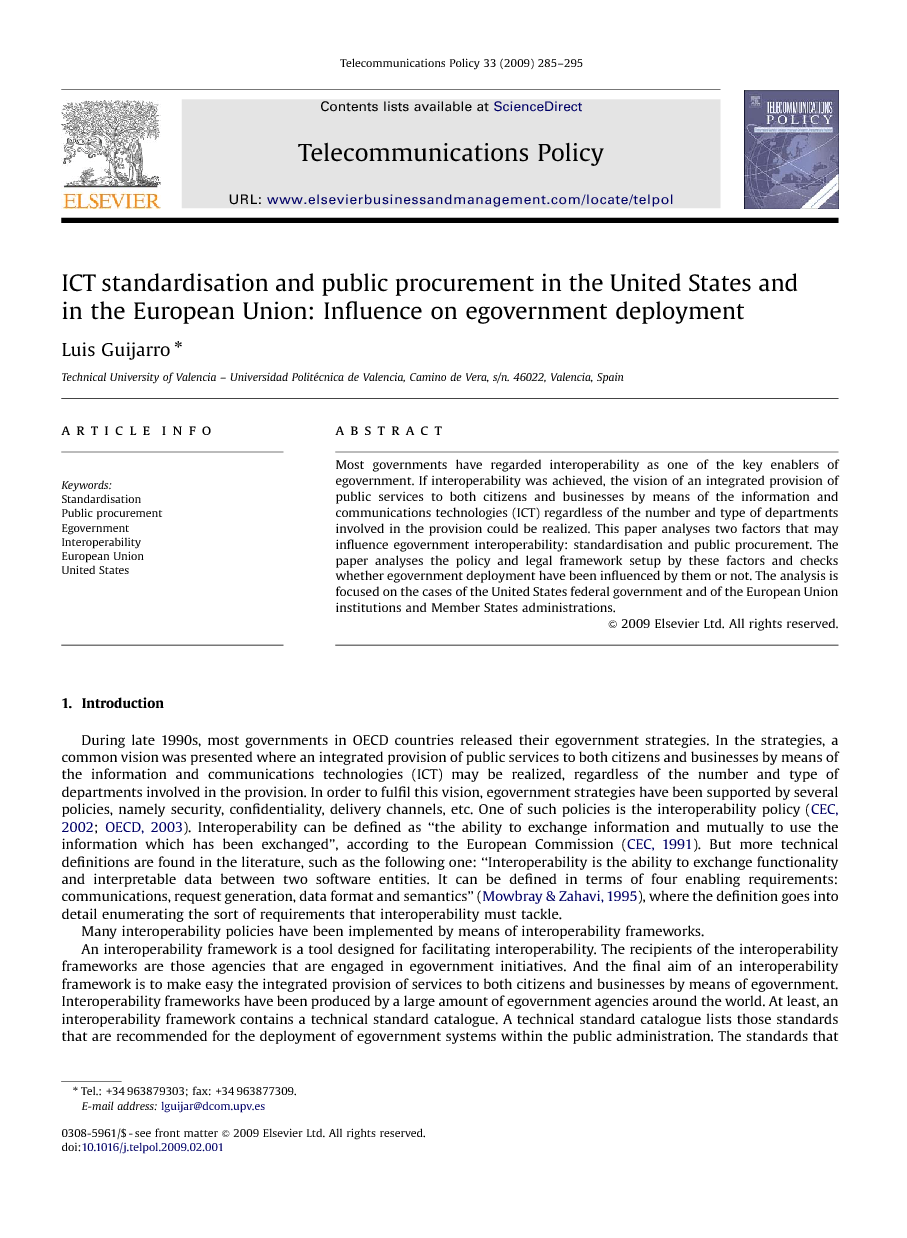 Most governments have regarded interoperability as one of the key enablers of egovernment. If interoperability was achieved, the vision of an integrated provision of public services to both citizens and businesses by means of the information and communications technologies (ICT) regardless of the number and type of departments involved in the provision could be realized. This paper analyses two factors that may influence egovernment interoperability: standardisation and public procurement. The paper analyses the policy and legal framework setup by these factors and checks whether egovernment deployment have been influenced by them or not. The analysis is focused on the cases of the United States federal government and of the European Union institutions and Member States administrations.

The paper has conducted a study of the standardisation and public procurement policies in the United States and the European Union, with the aim of finding whether and how they influence the deployment of egovernment in the US and the EU, with a focus on the problem of interoperability. These are the main results of the paper: • In the US, the standardisation and public procurement regulations are coherently applied in egovernment deployment, whereby voluntary consensus standards are prioritised against government-unique standards, although any other sort of industry standards may be chosen. • In the EU, there is a non-coherent implementation of the standardisation and public procurement regulations in egovernment deployment. While the EU-wide regulations exhibit preference to the European standards over any other sort of standard, some governments often implement practices in egovernment deployment that are not aligned to those regulations, and in some cases those practices are opposed to them. Given these results, there is a risk that both the US and the EU fail to fulfil the interoperability envisioned by their respective egoverment strategies. Egovernment deployment would end up in systems that fail to provide interoperable services because they do not adhere to either voluntary consensus standards in the US or European standards in the EU.