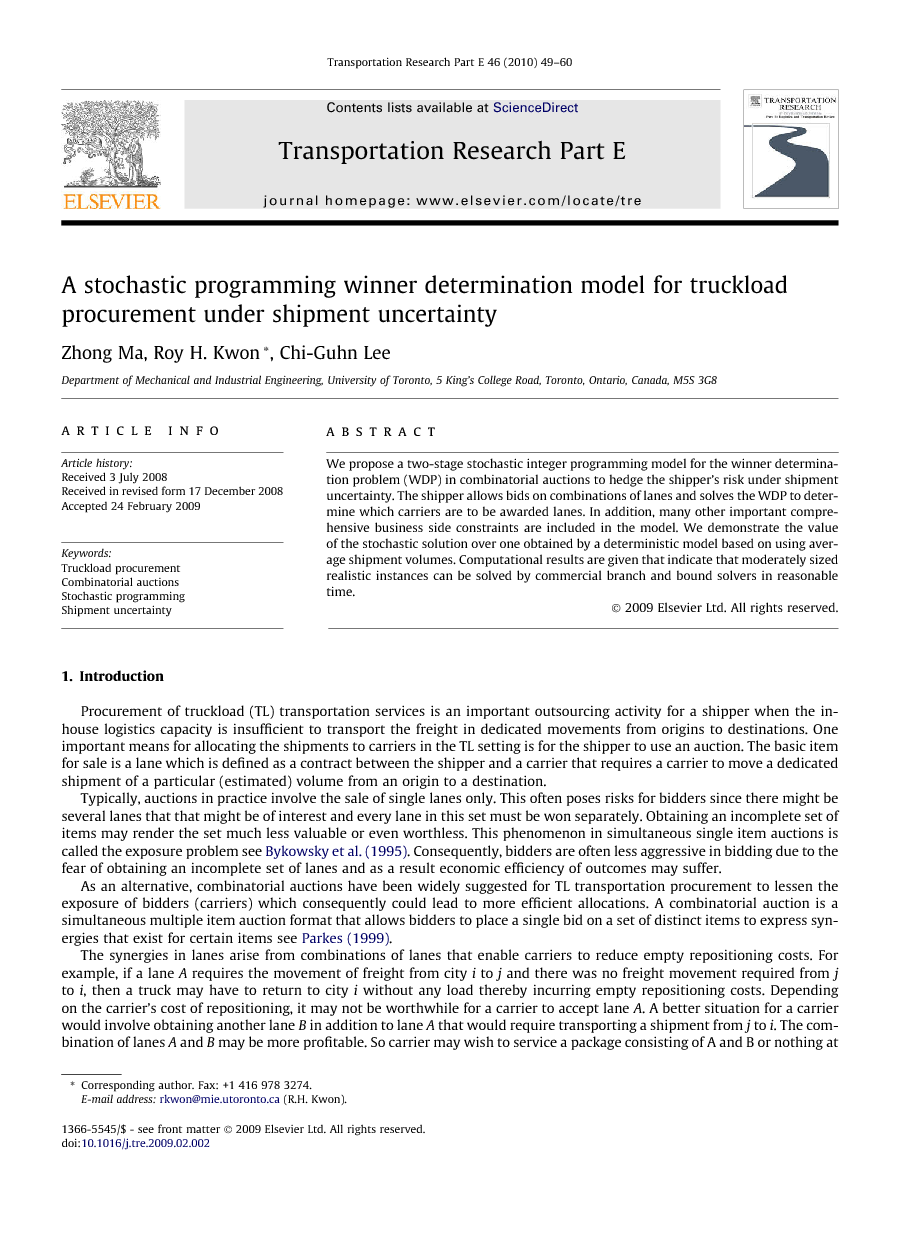 We propose a two-stage stochastic integer programming model for the winner determination problem (WDP) in combinatorial auctions to hedge the shipper’s risk under shipment uncertainty. The shipper allows bids on combinations of lanes and solves the WDP to determine which carriers are to be awarded lanes. In addition, many other important comprehensive business side constraints are included in the model. We demonstrate the value of the stochastic solution over one obtained by a deterministic model based on using average shipment volumes. Computational results are given that indicate that moderately sized realistic instances can be solved by commercial branch and bound solvers in reasonable time.

We have developed a two-stage stochastic integer programming model for the winner determination problem in combinatorial auctions for TL procurement that incorporates shipment volume uncertainty and that includes many important business side constraints. We have shown the value of the stochastic solution over the deterministic version of the problem. Moderately sized instances of the stochastic winner determination can be solved by commercial solvers in reasonable time. The contribution of the paper to the literature is the incorporation of uncertainty in TL combinatorial auctions through the use of stochastic programming. In particular, to the best of our knowledge this work represents one of the first attempts to model uncertainty in combinatorial auctions and the first to use stochastic programming in combinatorial auctions. Important future research directions include developing decomposition methods for the stochastic model in order to handle large-scale instances and of methods to generate problem instances that are reflective of real world TL procurement auctions. Also, in the current model, volume-based discount is not allowed. However, in TL transportation practice, it is common. Including the volume-based discount to the bid structure will lead to a non-linear integer model, i.e., a step function associated with the volume-based discount. This could also be promising extension for future research.