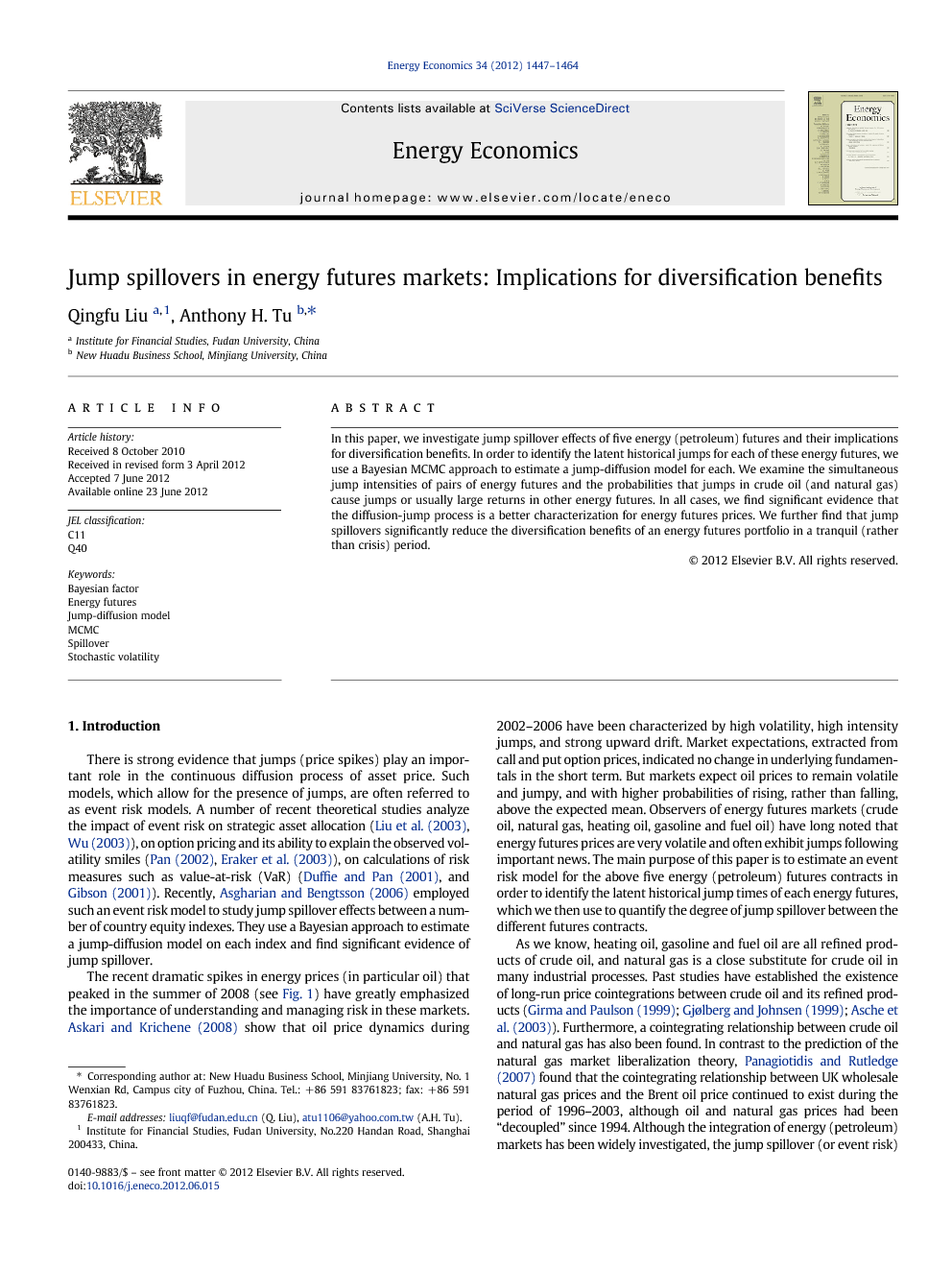 In this paper, we investigate jump spillover effects of five energy (petroleum) futures and their implications for diversification benefits. In order to identify the latent historical jumps for each of these energy futures, we use a Bayesian MCMC approach to estimate a jump-diffusion model for each. We examine the simultaneous jump intensities of pairs of energy futures and the probabilities that jumps in crude oil (and natural gas) cause jumps or usually large returns in other energy futures. In all cases, we find significant evidence that the diffusion-jump process is a better characterization for energy futures prices. We further find that jump spillovers significantly reduce the diversification benefits of an energy futures portfolio in a tranquil (rather than crisis) period.