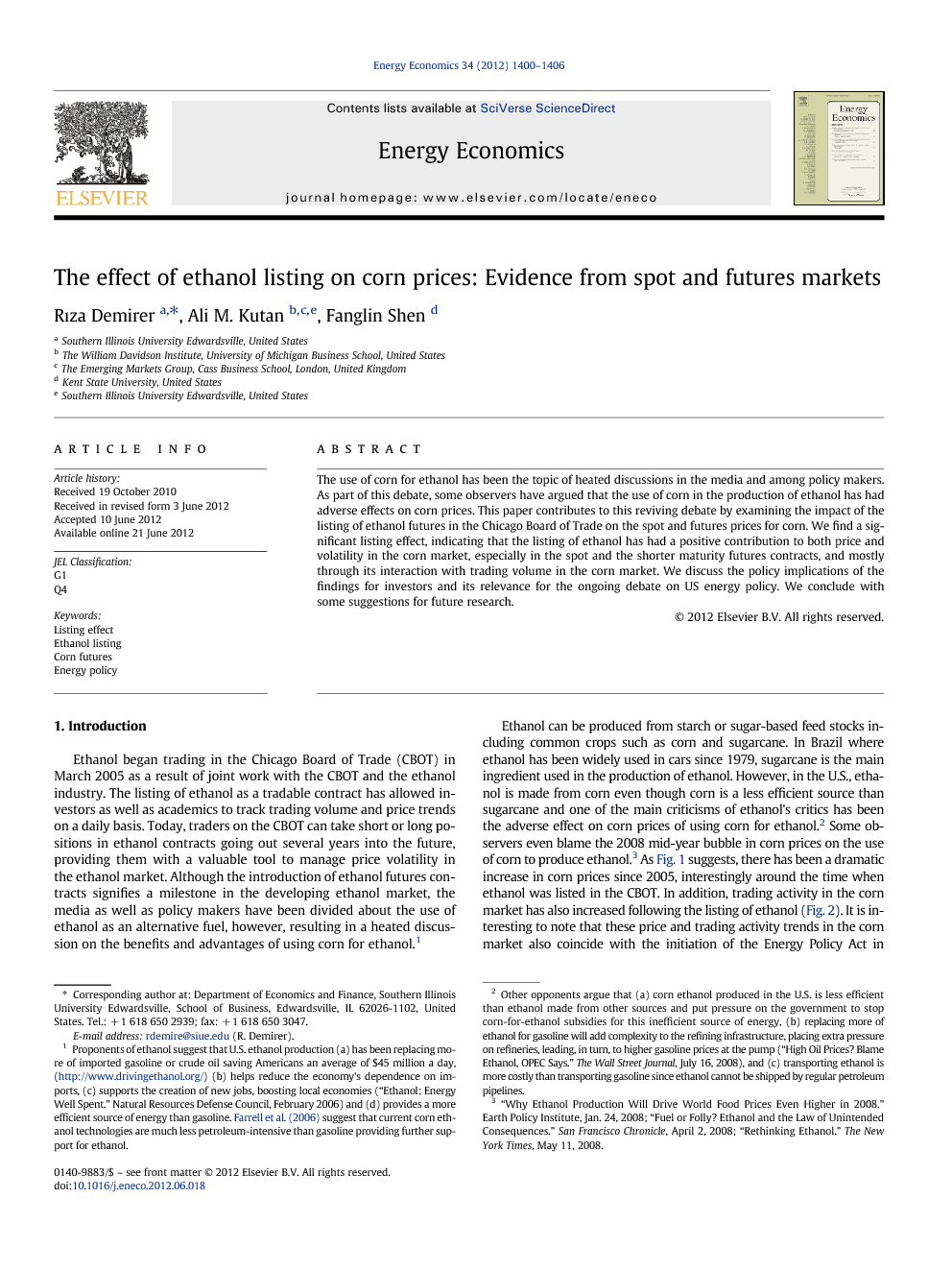 The use of corn for ethanol has been the topic of heated discussions in the media and among policy makers. As part of this debate, some observers have argued that the use of corn in the production of ethanol has had adverse effects on corn prices. This paper contributes to this reviving debate by examining the impact of the listing of ethanol futures in the Chicago Board of Trade on the spot and futures prices for corn. We find a significant listing effect, indicating that the listing of ethanol has had a positive contribution to both price and volatility in the corn market, especially in the spot and the shorter maturity futures contracts, and mostly through its interaction with trading volume in the corn market. We discuss the policy implications of the findings for investors and its relevance for the ongoing debate on US energy policy. We conclude with some suggestions for future research.