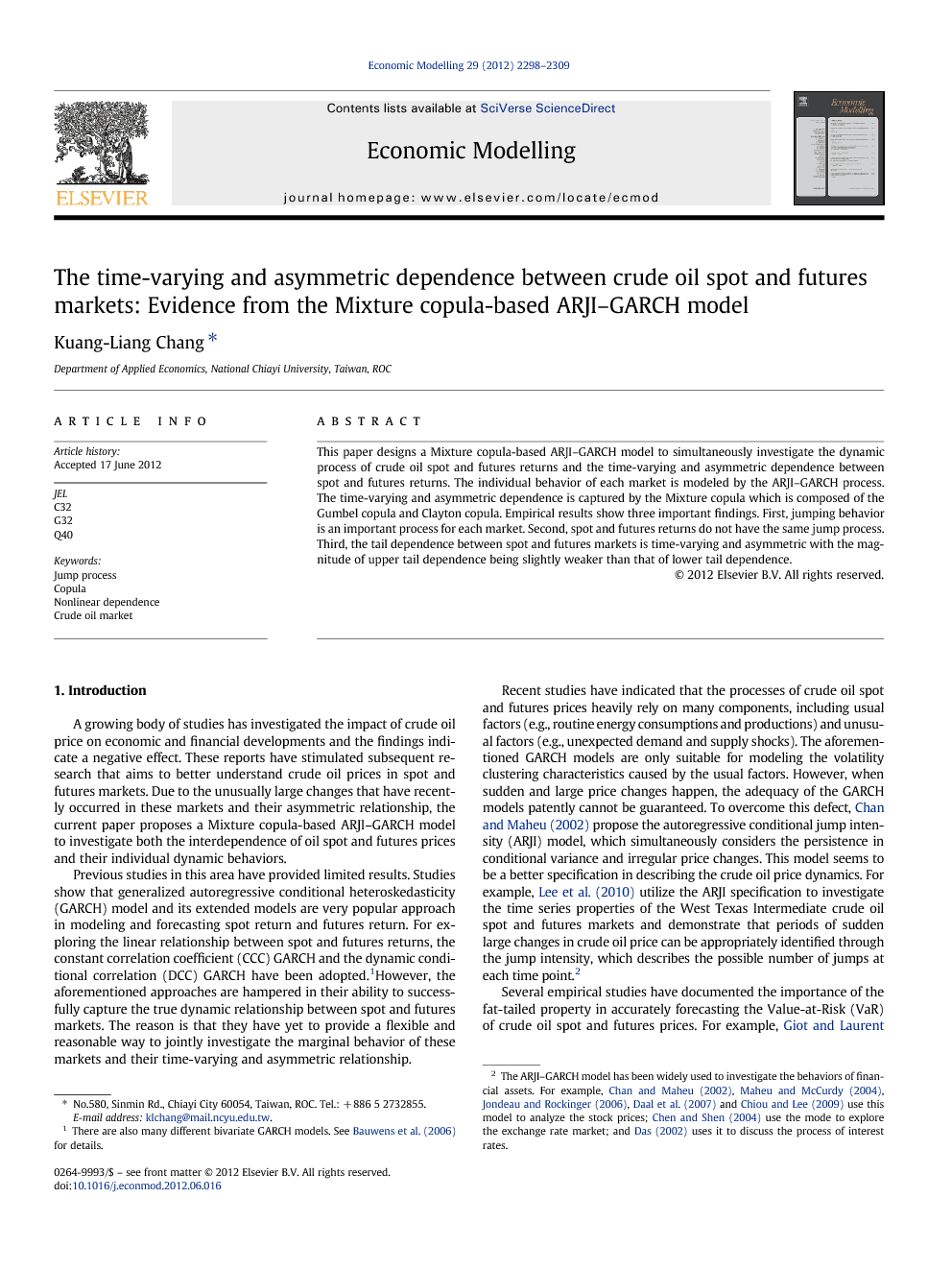 A great many studies have investigated the linkage between crude oil spot and futures markets by utilizing the correlation coefficient. However, the information provided by the correlation coefficient is severely limited. What is the relationship between spot and futures markets when both are in a very good condition? What is their relationship when both markets are in a very bad condition? Finally, how do they differ in good and bad conditions? This paper designs a Mixture copula-based ARJI–GARCH model to answer the above questions. The model adopted here has at least two advantages. First, the ARJI–GARCH model can capture usual and unusual price changes for each market. Second, the Mixture copula, which is composed of the Gumbel copula and the Clayton copula, can measure the tail dependence between two markets and investigate whether there is a difference in right-tailed and left-tailed dependence. Some interesting results are observed. First, for each market, the ARJI–GARCH model has a better in-sample fit than the AR–GARCH model. Second, the spot and futures markets have very different jump processes. The common jump specification adopted by recent studies may distort the relationship between the two markets. Moreover, the disequilibrium term is a significant explanatory variable for the spot return but not for the futures return. Third, the concordance probability is remarkably lager than the disconcordance probability. Fourth, the Mixture copula shows evidence in favor of asymmetric tail dependence: the upper tail dependence is slighter lower than the lower tail dependence.